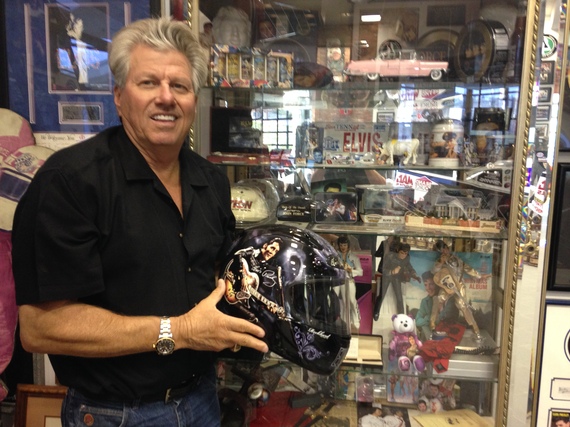 Overcoming childhood polio to become the quarterback of the high school football team sounds like something from a movie. Unfortunately, losing every game you ever played in does not.

This is exactly what happened to iconic racecar driver John Force. It was instances like this that taught Force early on to never give up. Luckily he continued to pursue his dreams. Force began his career in racing with the reputation of a "disaster on wheels" and turned into the winningest driver in drag racing history.

He is the winner of 16 series championships, 10 consecutive NHRA Funny Car Championships, and an has been inducted into the International Motor Sports Hall of Fame, not to mention a list of other career highlights.

When not barreling down a quarter-mile track, Force is an avid collector of Elvis Presley memorabilia and I couldn't help but wonder how he and "The King" met.... 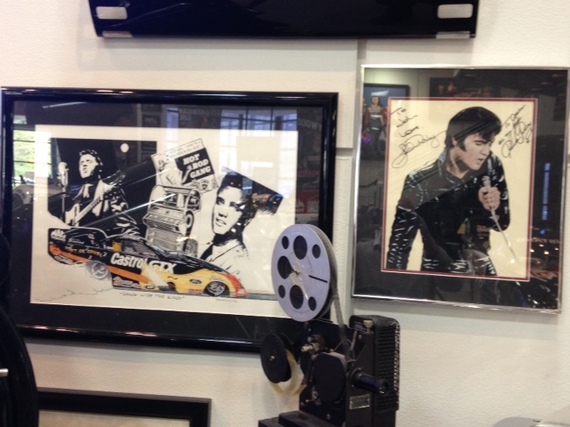 Is there a connection between racing cars and Elvis?

As a kid seeing him on the Ed Sullivan Show and I just got into it. He was just special. He gave you energy every day and I still get that energy when I listen to him on the way to the racetrack or before a run.

What was the "thing" that compelled you to start acquiring Elvis items?

My love of music. My collection of 45s and the 78s are really special to me. I have jukeboxes in our museum that can play them. I liked his gospel music a lot. My favorite song of all times is Blue Hawaii.

There is such a wide range of Elvis collectibles, do you collect them all, or do you stick it just buying one type of thing?

I have a whole wall of Elvis memorabilia. My pride and joy is a picture of me with Elvis and Richard Nixon. Just the three of us and of course it is a fake photo since I never personally met either of those two men but it looks so real. You can't tell it has been photoshopped.

My collection of all things Elvis is composed of many things. I have bracelets, coins, books, etc. Nothing of huge monetary value but I love it all. I also have some memorabilia from when Elvis was in the Army, and a Memphis newspaper stand with one of the actual newspapers from the day Elvis passed away. Those items mean a lot to me.

I had the opportunity to work with Action Collectible Group (now Lionel) to create an Elvis Presley Funny Car. You can see the car we built in the Elvis Presley museum in Graceland. 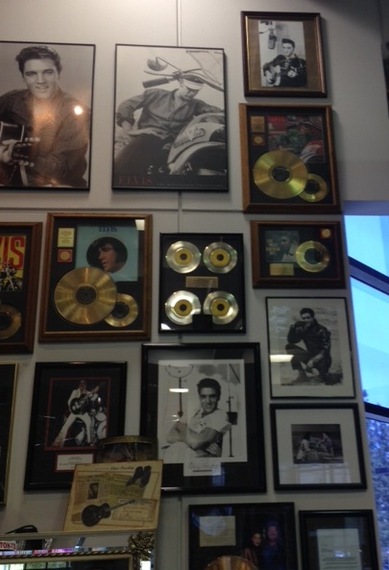 What do you consider the most important piece in your collection and why?

When I was at Graceland and I was doing the first specialty Funny Car with Elvis Presley Enterprises my favorite gift was something Priscilla Presley gave me. It was an Elvis Presley taking Care of Business ring. I have it in a glass case in the museum.

One other item that I got at a charity auction was a ticket from the last concert he was supposed to do but he passed away before the concert. I think it was in upstate New York. The ticket was never used and still has the stub on it.

Have you always been a collector?

I never collected anything growing up except music. I didn't have the money to collect. Some of my 8-track tapes and movies I received from friends and fans. Funny, I hung on to all that stuff and I don't really know why. When I started making a few bucks I bought a few Elvis Presley guitars. Now I have about ten or twelve, and while some might be reproductions, they all mean so much to me.

Fans over the years have sent me photos of Elvis knowing I was a huge fan. I actually have boxes of stuff I haven't looked at in a long time. Now you've got me thinking about going through them.
------

John, I'd be happy to go through all those boxes with you! You know, if I were a gambler, I'd bet Elvis is upstairs cheering for John Force Racing!