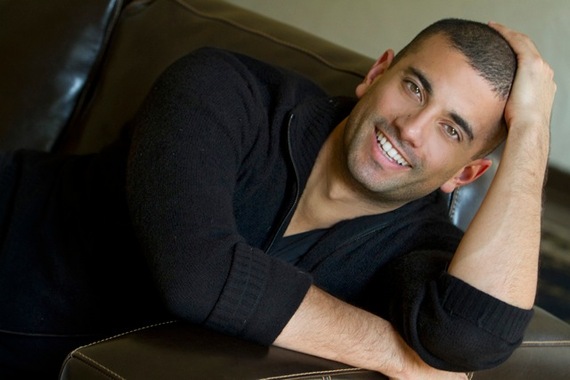 Luis Figueroa is not a face you quickly forget. You might recognize him from the Broadway musicals "42nd Street" or "Wicked." He has also worked on numerous commercials for brands such as Coke Zero, Bank of America, US Army, etc. Recently he was cast in Akiva Goldsman's film, Winter's Tale. I have a feeling we are going to see a lot more of this actor in the near future.

When he's not acting, he has another passion; cooking. I'm not going to lie. I don't like to cook. Baking tasty treats...yes. Cooking..not so much. Alas, if I was to spy this guy in the meat department of the grocery store, I might be inspired. 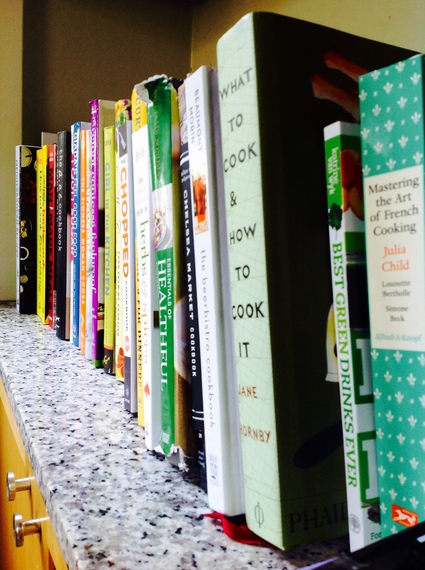 One can only assume with a collection of cookbooks, the kitchen is your favorite place to be. Tell me more.

I can't think of any other place in a home I would rather be. I love kitchens. My kitchen or anyone else's for that matter. I have so many memories that stem from them. From my grandmother cooking when I was little, to prepping Christmas dinner, to my hot plate and microwave in my first NY apartment. I have laughed, I have cried, I have eaten and drank way too much. It's the place where meals are created. How often have you smelled something or tasted something in a kitchen and had it take you back to a specific place, and time? That's the power of a kitchen. It inspires life.

Who or what inspired your interest in cookbooks?

About 10 years ago I was working on Broadway. I met a friend after our matinees for a sensible Sunday cupcake at Magnolia bakery. The line was immense, not to mention they were closing, so we didn't even make the cut off. For whatever reason, we decided we should make our own cupcakes. We headed to a bookstore in the neighborhood and picked up the"Magnolia Bakery Book," got to my place and threw everything in a food processor. Not my best, but I was inspired to try again, and again, and again.

My family thinks of me as a cupcake connoisseur now. Baking led to actual meals and then to hosting dinner parties. The better I got the more complex the books became. Then came the magazine subscriptions and eventually I developed this collection of books and magazines with enough recipes to not have the same meal for a couple of years. I have my go to recipes and a ton of which I have yet to explore. That's the beauty of them. Every time I open a book something new and exciting can arise from it. 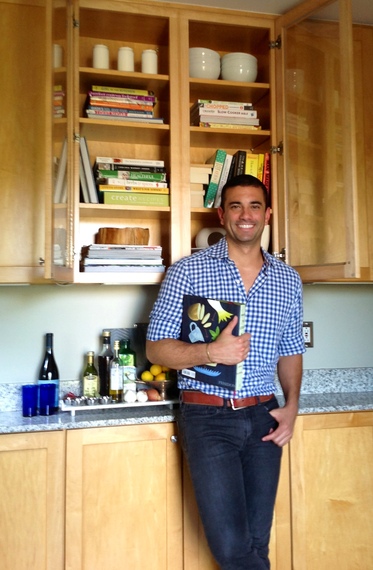 Ironically, I used to own a cupcake bakery. Lots of people can cook, but can't necessarily bake and vice versa. Apparently, you have mastered both! Has your passion for cooking turned you into a utensil or cookware collector?

I would like to say no, I don't collect anything else. The cookbooks are enough. I have tons of them here in LA, back in NY, and even some at my mom's house in DC. But I tend to also buy/collect useless kitchen items. Different recipes call for different tools. Zesters, measuring cups, rolling pins, cake pans of all shapes and sizes, sifters, cheese cloths, pots, pans, knives, the list goes on and on. I tend to get up sold easily so I do have a variety of items that I haven't used, some which are still in their original packaging. I'm sure at some point a recipe will call for them, so it's best to be prepared. If you collect cookbooks you have to have the tools to back them up, no?

When asking someone out on a date, do you take them out to eat, or do you pull out one of your favorite cookbooks and make something fabulous?

I love to eat out. So first date, absolutely restaurant it is. When I need to seal the deal, that's when I will cook. I have go to recipes for such occasions, but those are my secret weapons...
--------

Look out Curtis Stone... If you tire of films and the theater, I'm sure the Food Network would have something for you!!

Figueroa is in the upcoming film, "And So It Goes" with Michael Douglas and Diane Keaton. In theaters July 25th!