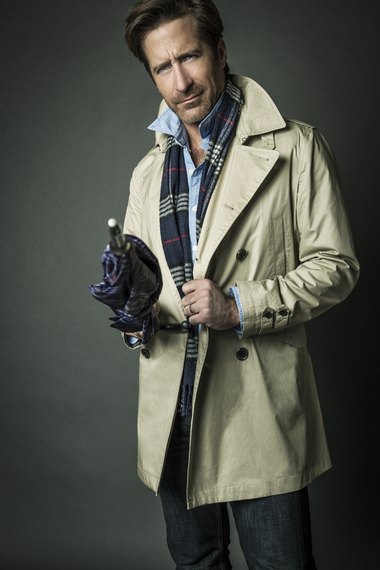 I find myself wondering if things fall out of fashion socially, is there still a market for them?

For example, products that are no longer on the shelves of stores. Because they are no longer available, does that mean people won't covet the chance to buy old stock, or hold on to what few items they might still have?

Think about vinyl records. People collect them, but I can only assume that is a shrinking market. Kids today never had albums and therefore, have no connection to sway them to collect.

What about smoking paraphernalia? Is there any interest in vintage advertisements with the Marlboro Man, or would people collect ashtrays and just use them as candy dishes? Since smoking has been banned in so many cities, and gone are the days of it being chic to smoke, would anyone still have interest?

Actor Richard Gunn showed me that the interest is still there. When he's not filming television series, Granite Flats, or wrapping his latest film, Dark Places with Charlize Theron, he is enjoying a "pipe dream" of his own. 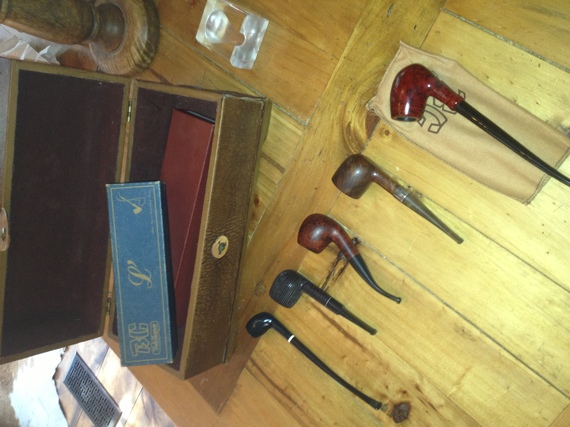 Electronic cigarettes and hookah pipes are the way people smoke today. How did you become interested in pipes?

I was in Paris for the New Year in 2000 and I came across a pipe by a company named Butz Choquin It was called a churchwarden pipe. It was longer than a traditional pipe and had a small bowl. It's called a "petite church" and had a blue stain to the wood. I just thought it was interesting. Come to find out, it's pretty rare. I thought I better smoke it if I bought it. I tried it and I liked it. I always really liked the smell of pipe tobacco.

After that, I bought a couple more. I don't buy a lot of them, because I like it to be a useful collection. I like to smoke all of them though I don't smoke very often. 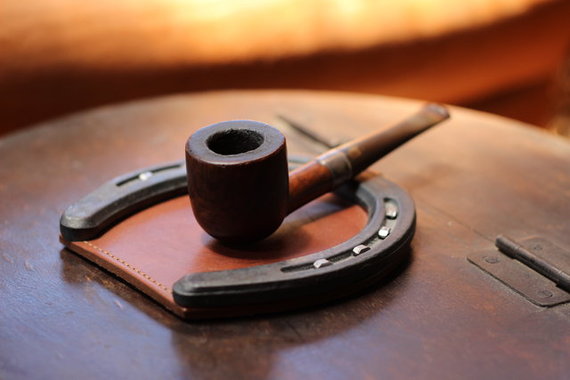 Some people collect utilitarian things, but only display them, and never use them. What's your school of thought?

If I was buying brand new pipes just to display I would feel differently, but I like to use them. I buy estate pipes. Estate pipes are used, but they are thoroughly cleaned and graded before being sold. So smoking an estate pipe is not going to ruin its value. What makes an older pipe better than a new pipe is the wood it's made from which is briarwood. The wood can be hundreds of years old when it was collected. This type of wood is very hard to come by. As briarwood ages, the quality increases. That's why a lot of people are interest in estate pipes.

Do you have a favorite pipe in your collection?

You might be surprised to know my favorite pipe is not a brand name one. Some of the tobacco shops buy pipes that are unbranded from pipe makers and put their own brand on it. So I don't know who made it. It's a smaller bowl pipe and it takes about half and hour to smoke a bowl instead of 45 minutes like a normal pipe. Its fairly plain, but I just love it! I can carry it in my pocket and it smokes the best out of all of them.

One thing that's very interesting about collecting pipes is their price. Some are very expensive. But you can also find some that are very reasonably priced and it doesn't affect the smokeability of the pipe. There is something for every collector's budget! 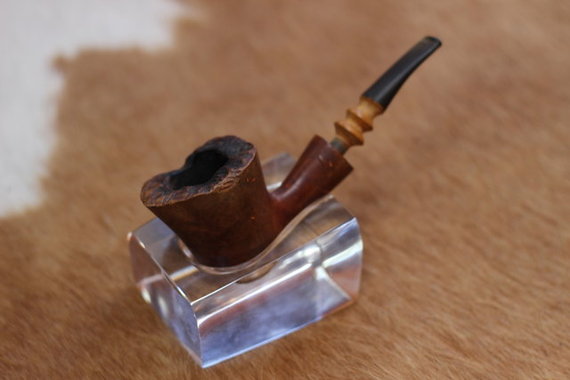 Is that the only thing you collect?

I happen to collect wristwatches as well. My favorite is a Gucci stainless steel watch. The parts that are stainless are a matte finish, not a high polish. The black dial is rectangular and it's completely in line with the watchband. My stepfather, who has since passed away, gave me that watch. It's a very good-looking watch and can be worn with something casual or dressy. I enjoy collecting them. I currently have about 40-50 in my collection.
-------

Wristwatches...potentially another long time utilitarian object that with the invention of the smart phone might slowly become.... obsolete.