2013 has included some defining moments for feminism, most recently (and perhaps most momentously) in the form of Beyonce's "Beyonce." As we close out 2013 with Queen BEY essentially making women's advocacy go viral, let's take a look at the way pop culture has defined equality of the sexes over the past 12 months.

Feminism refers to "the advocacy of women's rights on the grounds of political, social, and economic equality to men." Seems simple enough, right? That definition, however, is often obscured by the false perception that feminists are bra-burning man-haters.

Unfortunately, a lot of women (especially powerful and famous women) that might otherwise be feminist role models are crippled by a fear of the word and its associations. Perhaps they think it refers to "being a load of strident bitches," as Susan Sarandon said to The Guardian earlier this year. Or as Kelly Clarkson put it October: "When people hear feminist it's like, 'Get out of my way, I don't need anyone.' I love that I'm being taken care of and I have a man that's a leader. I'm not a feminist in that sense." 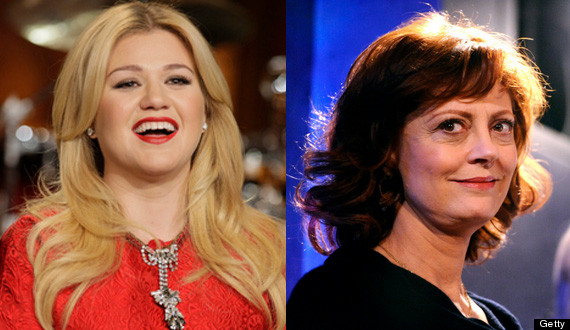 In the April issue of British Vogue, Beyonce, too, seemed to think that feminism required a caveat. "That word can be very extreme ... But I guess I am a modern-day feminist," she said (italics mine). That hesitation makes Beyonce's surprise album all the more impressive when it comes to her choice to include the precise definition of feminism within the song "Flawless."

Beyonce has always been a feminist role model (if you need proof, look to "Life Is But A Dream" in which she clearly expressed that "Women have to work much harder to make it in this world."), but providing a clear definition -- in the form of Chimamanda Ngozi Adichie's TED talk -- obliterated any ambivalence on her stance with more force than it "slayed your faves."

Although it might seem obvious, providing a definition is necessary. As Ellen Page said in her July interview with the Guardian: "I don't know why people are so reluctant to say they're feminists. Maybe some women just don't care. But how could it be any more obvious that we still live in a patriarchal world when feminism is a bad word?"

The "male gaze" refers to the way much media is presented as through the eyes of its "default" audience -- the heterosexual, likely white, man. It often portrays women as objects intended solely for male pleasure. Yet, it is a more complex concept than "don't be too sexy, the heterosexual males are watching!" The male gaze can also be used to restrict or condemn female sexuality (more on slut-shaming below).

Earlier this year both Miley Cyrus and Courtney Stodden said they were "big" and "true" feminists, respectively. Their very public allegiance to the movement, was met with a collective sigh rather than celebration. The feeling seemed to be that, as PolyMic put it, Cyrus and Stodden were hurting feminism by "[misunderstanding it] as sexual exploitation of the self or willful adherence to a traditional beauty standard." 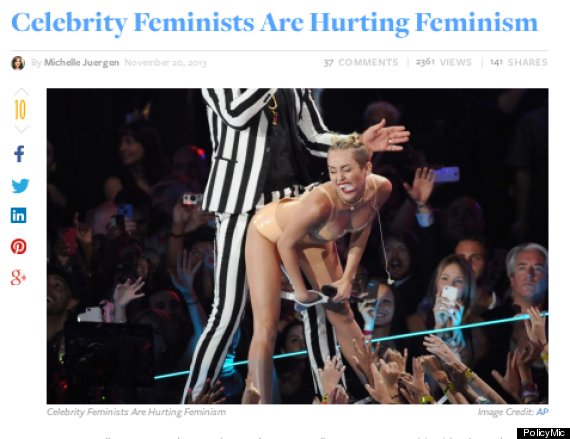 Those who objected to Stodden and Cyrus' use of the term weren't upset that these celebrities were claiming feminism while being overtly sexual. The issue was that, as Prachi Gupta wrote in an essay for Salon," in calling herself a feminist, Cyrus seemed to be "mistaking feminism, a movement that aims to break down structural barriers to achieve justice and equality for women, for basically YOLO!"

Whether or not you find Cyrus or Stodden's version of feminism legitimate, there is an important comparison to be made here with Rihanna. The Barbadian is by all (Instagram) accounts hyper-sexual. Her "Pour It Up" video included a denim thong and so much tangible ass-jiggling it rivaled Jello. But, as Rawiya Kameir at The Daily Beast argued in November, she has consistently "challenged the heterosexual male gaze by cultivating art and a persona."

There is nothing inherently anti-feminist about being sexual. In fact, sex positivity is a landmark of feminism for many women and in the sense that she has employed her sexuality as a form of empowerment, Miley "Twerk" Cyrus is a feminist, too. Ultimately we don't get to decide otherwise. Just because a woman shakes her a**, doesn't mean she can't participate in advocacy for herself and others.

The idea of condemning women for their sexuality or perceived sexuality is a concept known as "slut-shaming" (a phrase so prolific, that in November it even appeared in the New York Times).

In 2013 specifically, Sinead O'Connor and Rashida Jones were both accused of "slut-shaming." O'Connor wrote an open letter to Miley Cyrus expressing her "concern" for the young pop star's promiscuity and Jones' tweets begged celebrities to "stop acting like whores." Both women came under fire for taking aim at the female performers who are confined by a male-dominated institution, rather than the institutions themselves.

As a powerful article on Groupthink put it, Jones was pitting "feminism v. whores":

Defending herself in an essay on the "pornification of everything" for Glamour, Jones claimed that her tweets were OK, because she is a feminist -- a truly straw man defense, which falsely claims that feminism is a club that only some ladies are allowed to get into.

Caring about, empowering and lifting up other women doesn't necessarily mean that everyone needs to agree all the time. Pro Tip: Just because two women disagree with each other, doesn't mean we have a "cat fight" on our hands.

For example, during the 2013 Golden Globes, Amy Poehler and Tina Fey Joked that Taylor Swift should "stay away from Michael J. Fox's son." It was, as Fey later noted, "a benign joke," yet, Swift instantly went into revenge mode, telling Vanity Fair (that Katie Couric had told her) "there is a special place in hell for women who don't support other women."

Avid feminist Poehler responded in a typically endearing manner, telling The Hollywood Reporter, "Aw, I feel bad if she was upset. I am a feminist and she is a young and talented girl. That being said, I do agree I am going to hell. But for other reasons. Mostly boring tax stuff." Instantly, she was able to defuse the female in-fighting that Swift was trying to create. 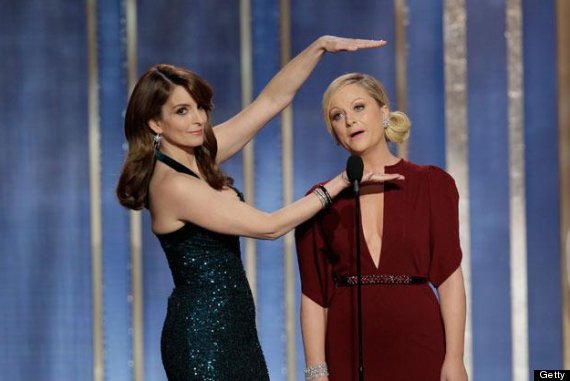 The point here is not that Amy Poehler is perhaps the most likable person on earth and we should all try and be her best friend (though that's true). Rather, the point is that it should be okay for women be critical of other women and critique is fundamentally different from shame.

The most familiar version of body-shaming is fat-shaming, but body-shaming simply refers to the systemized criticism of marginalized bodies, and can occur for women (and men) all shapes and sizes. 2013's most blaring example would be The New York Observer's Rex Reed's review of "Identity Thief" which referred to Melissa McCarthy as "tractor-sized" and "a hippo." McCarthy took the high road in her response, after asking: "Why would someone OK that?"

Unfortunately, the answer is that body-shaming culture has found its way to mainstream acceptance. It comes in mundane forms, like back-handed compliments and unsolicited eating advice, but ultimately it is panhandled by media to the extent that Reed's insults are just an extreme example of something that occurs on a daily basis. Consider the New York Times write-up of Lena Dunham and Claire Danes' interactionS on the Emmys red carpet, chiding Dunham's "pulchritude" and calling Danes "skeletal" in comparison." As Charlottle Cowles wrote at The Cut: "'skeletal' = ethereal, and 'abundant pulchritude' = sloppily displayed curves. These women really can't win, can they?"

Some might argue that we've become overly-sensitive, "living in the era of body-positive wolf-crying" in which fashion writers cannot even talk about the bodies that wear the clothes, as Jezebel's Erin Gloria Ryan put it. But McCarthy being called a "hippo" hardly feels indicative of a culture categorized by increased sensitivity. Even if we removed fashion writers from the equation, women receive a constant -- and often subtle -- bombardment of physical criticism, in which no body is ever truly "right." Some celebrities, like Jennifer Lawrence, have started speaking out against this constant physical critique. As she told the Guardian while promoting "Catching Fire" earlier in December: "It should be illegal to call somebody fat."