Ask anyone who's ever been in a long-term relationship and they'll tell you: The "seven year itch" is a real thing. It's a socially accepted paradigm that around that time, boredom sets in, panic starts to rise, and the realization that the person next to you isn't going to get more exciting starts to outweigh whatever you like about them.

Hollywood, as it does, made its own version of the "seven year itch"; inadvertently or otherwise, the average amount of time a Hollywood couple lasts is four years. Call it "the four year itch," if you will.

We've arrived to the following conclusion by calculating the number of months 39 notable Tinseltown couples stayed together (forgive us Taylor Swift, but you only count once until you get your act together). Once we added the months up, divided the result by 39, and divided that result by 12 -- we got 3.96.

Hey, at least they give us something to talk about. 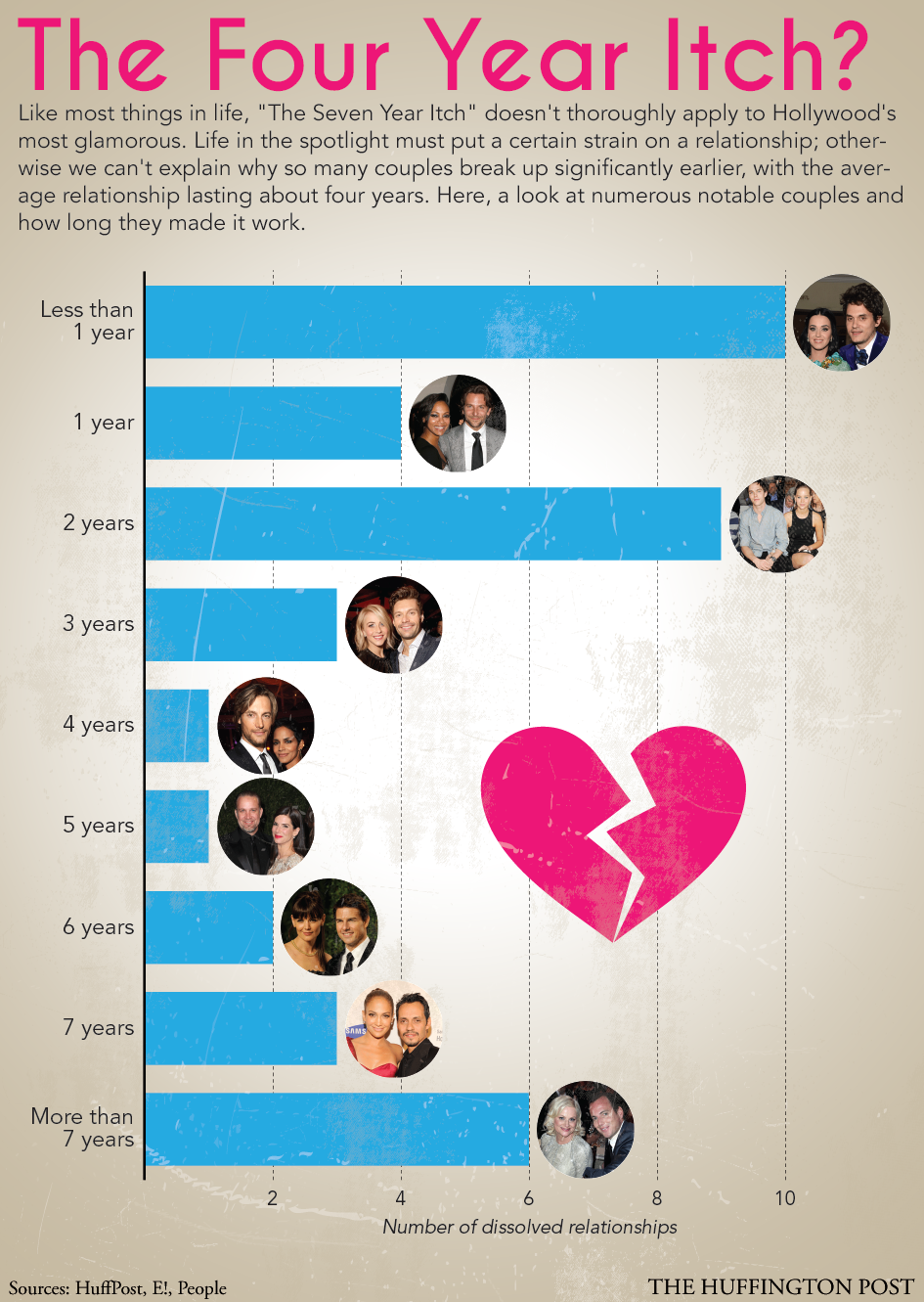