Do those destined for stardom naturally gravitate toward one another? Do they sense something the rest of us don't? It sure seems like it, given the surprising number of celebrities who lived together way back when.

Before they were stars, some of today's hottest celebrities lived a lot like us. Long before the multi-million dollar paychecks and enormous homes, life as a struggling actor meant having to split the rent for a tiny apartment.

Sure, many people have lived with roommates, but what are the odds both roomies go on to find fame? It happens more often then you might think. Hollywood is a small town and who better to run lines with than another aspiring star?

Check out these famous roommates: 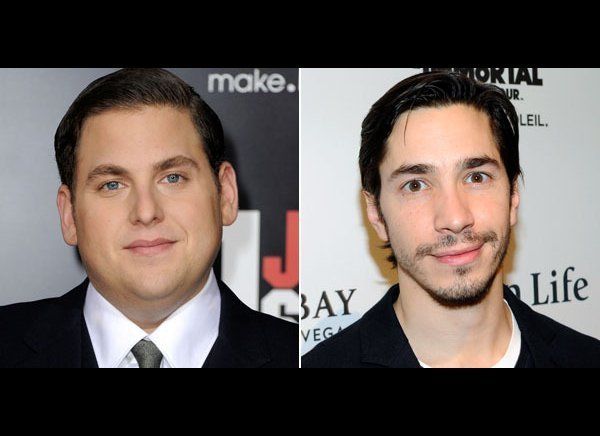 1 / 13
Jonah Hill and Justin Long
Justin Long made the decision to move out of the California home he shared with his "Accepted" co-star Jonah Hill when he realized they were acting "like an old married couple." Though still friends, Long said he finally moved out because he was constantly nagging HIll to pick up after himself. "We're still great friends but it got to be like an old married couple. We fought over recycling. He would recycle everything. I would find banana peels and shards of glass in the recycling bin. We started getting in little fights like that, he left the bathroom door open, didn't clean up after himself. Little things like that. It was time for a separation," <a href="http://www.3news.co.nz/Justin-Long-split-with-roommate-Jonah-Hill-over-marital-fights/tabid/418/articleID/105727/Default.aspx" target="_hplink">he told reporters in 2009. </a>
Getty Images