It's no secret that Jenny McCarthy is willing to talk about anything involving her eventful sex life.

So when HuffPost Celebrity caught up with the 40-year-old blond bombshell as she hosted the Hotel Durex event at Dream Downtown in NYC on April 2, we wanted to delve a little deeper into her personal secrets. Lucky for us, some of her friends, including Kelly Killoren Bensimon, Joanna Krupa and Kelly Monaco, were eager to dish on their sex lives as well.

Plus, who doesn't like to play a little game of "Shoot, Shag or Marry"?

What's your most embarrassing sex story?

Jenny McCarthy: I was in college and I just broke up with my high school sweetheart of, like, seven years, so I hadn’t been with anyone except him. So, I met this boy in college and we saw each other a few times and then we went back to his place and did it. And right afterwards he said to me, "Are you hungry?" And I said "Yeah!" and he‘s, like, "McDonald’s is right across the street, what do you want?" And I’m like, "I want a Big Mac, extra sauce, no pickles!" And he’s like "OK" and he got up and left ... and never came back. And I was in his apartment!

And I wait, like hungry ... for four hours and I look out the window and I’m like, "McDonalds is closed!" and I realized, Oh my God, he left me. So I had to do the walk of shame back to my college apartment. That was, like, the worst experience.

Kelly Monaco: See, Jenny’s got many embarrassing stories she’s willing to share with anybody! But me … shoot. I don’t know if anything’s really been that embarrassing. I haven’t had many partners. I’m still an under five [partners] girl, so I can recall just about everything that’s happened and I’m not really embarrassed about any of it. I guess maybe thinking back on my ‘90s bush, you know, that’s kind of embarrassing! And I was in Playboy, so I have like that big bush everywhere and I thought that was hot then, but times change. I was current then!

Joanna Krupa: It wasn't embarrassing for me, but I'm a very sexual person and I was dating this guy that wasn’t very spontaneous. So, we were on vacation and I took him to the lifeguard booth and basically had sex there and on the beach and everywhere else you can think … but I know he wasn’t feeling comfortable. I guess I was a little bit embarrassed because the next day I was like, ‘Did I really do that?’ Because usually it’s the guy who wants to do it, so I was like, ‘Wait, what’s wrong here? Am I like the guy in the relationship?' So I was a little embarrassed, but we were dating for a while, so I guess he didn’t take it the wrong way.

Kelly Killoren Bensimon: I don’t know the strangest place I’ve ever had sex … I don’t have sex in strange places, I don’t know! I’m pretty conservative.

Jenny McCarthy: I wish it was more exciting, but it’s the Grand Canyon. I certainly did it, so I can say I did it in the Grand Canyon, because otherwise it’s the back seat of a car and that’s not exciting. But the bottom of the Grand Canyon is not fun. There’s like scorpions and stones and dirt and it’s hot. It was like the strangest and worst sex of my life.

Kelly Monaco: Strangest place? I like to have sex anywhere, so I don’t know, is it strange? I would definitely f**k at the Grand Canyon if I had the opportunity. Next time I’ll make sure of it … I’ve never been, maybe that could be fun.

Joanna Krupa: The strangest place would be in a nightclub -- their control room. And I remember somebody coming in and trying to fix the lights because I guess we were messing with the lights at the club. It was actually in New York City way back in the day. But yeah, that would probably be the craziest place I’ve ever had sex.

What's your biggest turn off?

Kelly Monaco: Teeth, like when you don’t take care of your mouth.

Joanna Krupa: Depending on who it is, but I can’t stand men who brag about themselves and all they do all day is talk about themselves. And obviously if a man has bad breath. If you’re trying to get all sexy and get in the mood, that's terrible.

When do you feel sexiest?

Jenny McCarthy: With the lights off.

Joanna Krupa: I feel the sexiest when my fiancé tells me -- when I wake up in the morning and my hair is a mess and I'm in sweats -- "You look so beautiful." So I feel the sexiest when I’m not trying hard. I've been in the business and in the men’s magazines for years and I’ve done so many covers worldwide, so people think automatically I wake up and I get in my lingerie or something super-sexy and I feel sexy and that’s not the case.

And let's play a game of "Shoot, Shag or Marry" with Jennifer Lawrence, Anne Hathaway and Lindsay Lohan. Where would you place them? 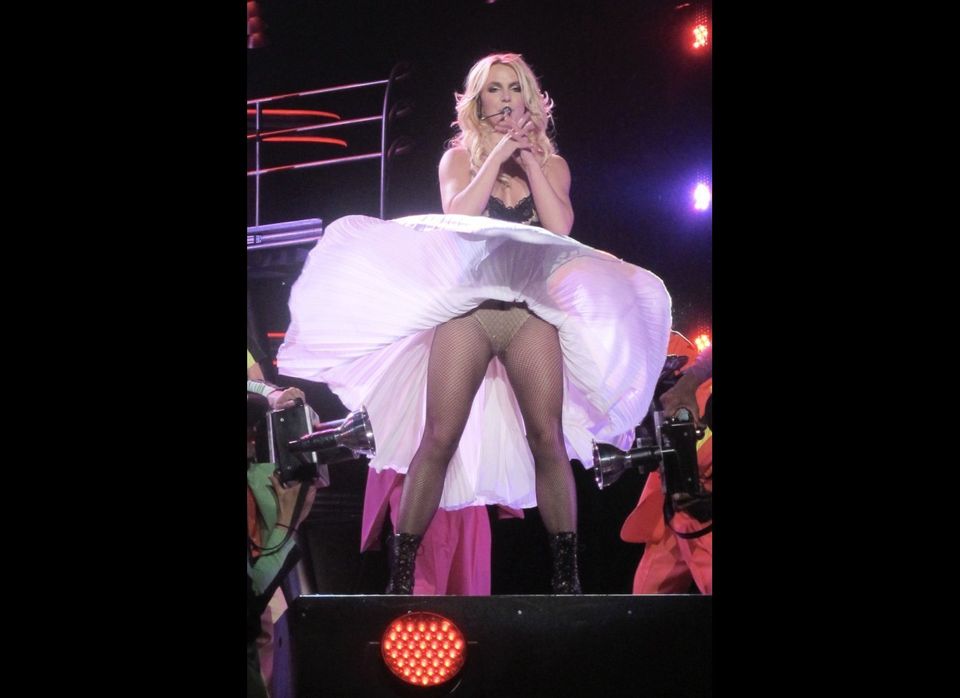