There's something strangely magical about wedding gowns, the white dresses infused with fantastical (if not slightly old fashioned or misguided) ideas about femininity, purity and love. Quite often, young women look up to their mothers as models of this romantic reverie, their dresses serving as matriarchal symbols, ghostly remnants of a crucial event they are intimately linked to though did not experience physically.

In her photography series "The Line," French photographer Céline Bodin engages with the beautiful and somewhat strange mystique of the notable white dress, exploring the complex roles a clothing garment plays in the lives of both mother and daughter. 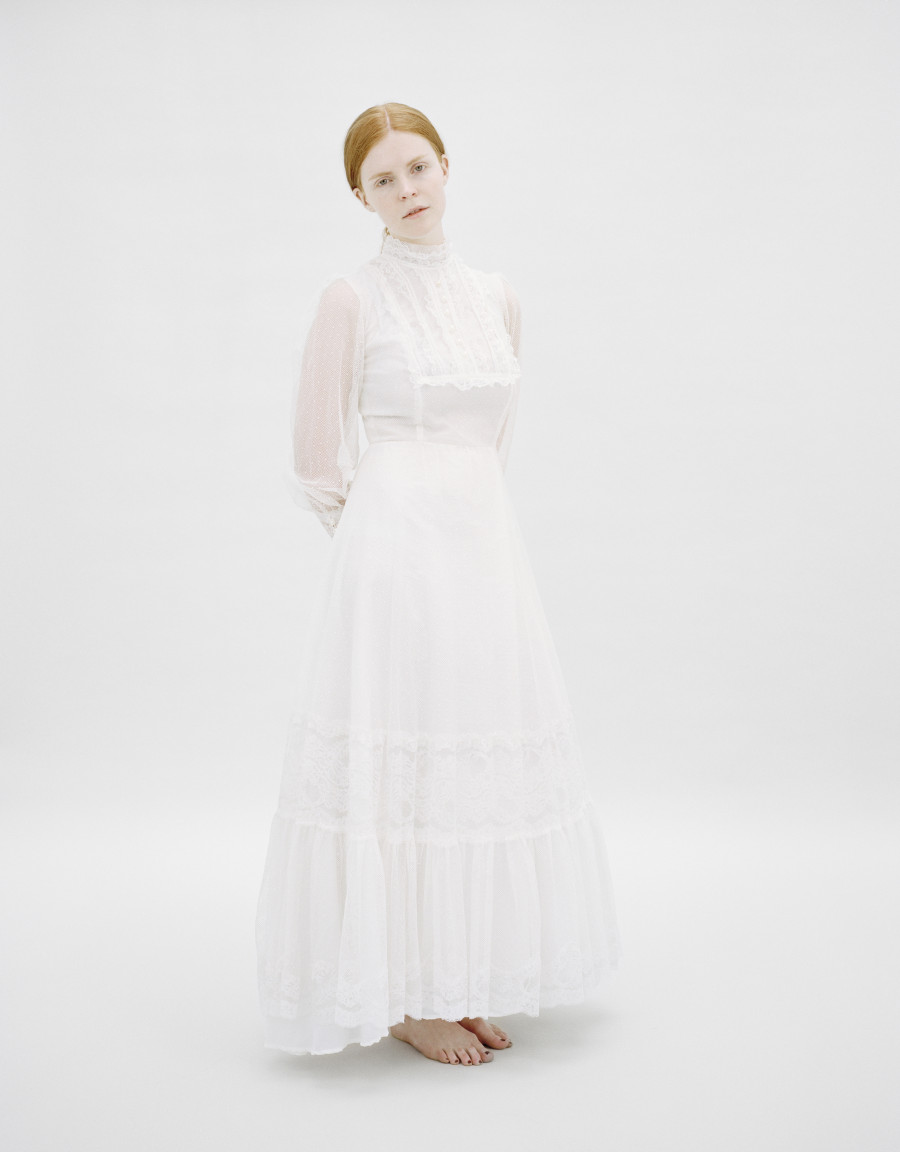 "The images engage with our notion of purity, challenging our perception and the equation it immediately operates," Bodin explained to The Huffington Post. "The apparent cleanness acts as camouflage and unsettles the apprehension of our customs’ determinatives. Echoing icons, the portraits quietly recall religious purity and aim to question what exactly defines such incarnation and where does its essence lie: is it within the dress, the person, the vision, or the idea?"

For the series, Bodin enlisted young women she already knew as her subjects, whether family friends or previous models. Their first task was convincing their mothers to let them wear the dresses for the shoot, an endeavor which in itself proved challenging for some. Just the difficulty involved in persuading the former brides to wear the sentimental attire speaks to its unusual, and almost mythic power. 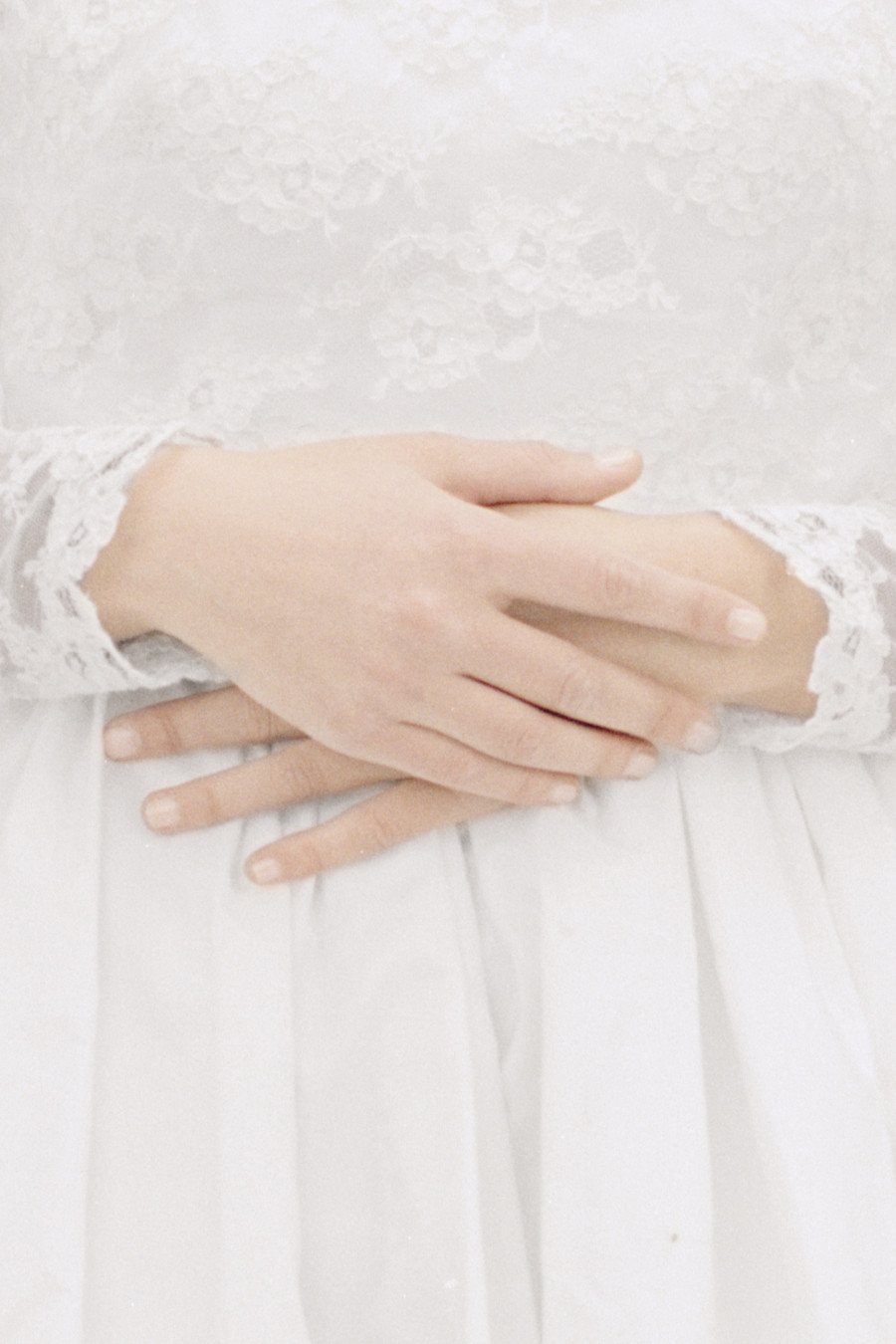 "The resulting portrait might be one of both mother and daughter," Bodin continued. "With melancholy it highlights an absence that can only find reality in each girl’s imagination, fed by the detail of the lace, the small holes and stains left on the dress, the old wedding photographs they might have seen. Confronting time and generations, the models silently re-enact a past they can only fantasize, allowing themselves to embody the archetypal role."

Bodin's photos subtly address many assumptions latently associated with wedding dresses, like the outmoded understandings of purity that, though far less relevant in the younger generation than in their mothers', still lives on in the lore of the wedding dress.

The images, captured intensely against a white backdrop, appear at first almost like advertisements, with the subjects staring boldly straight ahead. Yet upon closer investigation, small imperfections, both in the dress and the images themselves, begin to appear. The photographs expose the tears and holes in the dominant narrative of the perfect wedding, while still lingering on the beauty of the fantasy itself.

See the bewitching photographs below and let us know your thoughts in the comments.