What would the world look like if you could see cell phone radiation?

Artist Nickolay Lamm has tried to answer that question.

In July, Lamm released a series of illustrations imagining a Washington, D.C., where Wi-Fi was visible, bathing famous sites in a rainbow of colors. On Wednesday, he finished a sequel of sorts -- a series of pictures of U.S. cities and landmarks, this time with cell phone radiation visible as a hazy, multicolored, strangely geometric overlay.

Lamm worked with two professors of electrical and computer engineering -- Danilo Erricolo at the University of Illinois at Chicago and Fran Harackiewicz at Southern Illinois University in Carbondale -- to get his illustrations right. (The pictures can be seen with more technical explanation at MyVoucherCodes.com.)

In an email to The Huffington Post, Lamm explained what was going on with each picture. 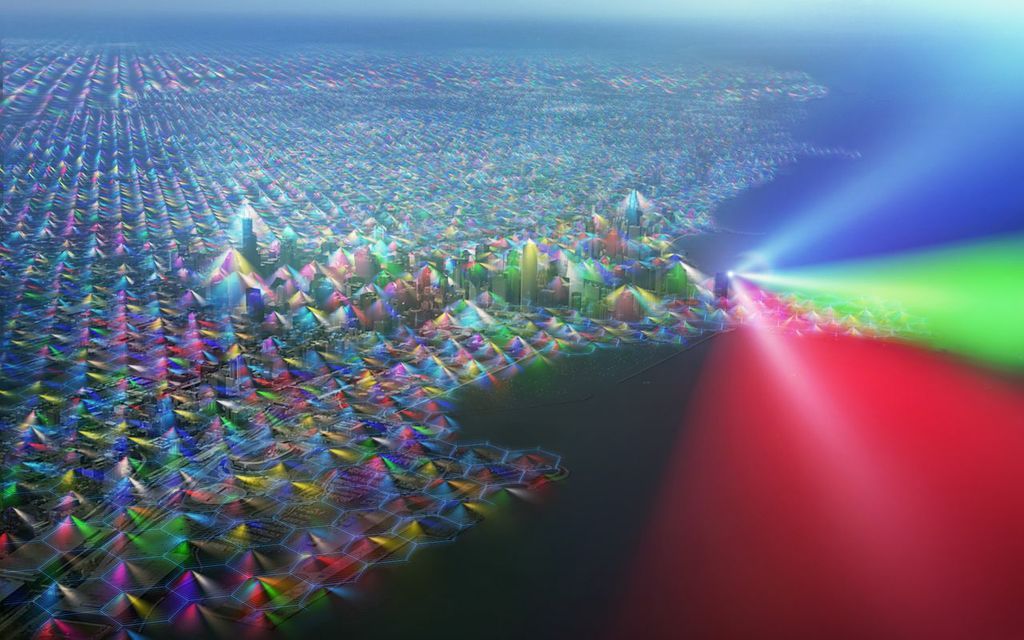 Here, a "hexagonal grid of cellular base-station sites" covers the city of Chicago. Base stations, more commonly called cell phone towers, sit at the corner of each hexagonal "cell" in Chicago's huge network. The picture also shows "antenna signal extending beyond the original cells" that provides coverage over part of Lake Michigan.

An earlier article in The Atlantic Cities explained that cell phone networks across the country are made up of multiple hexagonal areas, each of which is called a cell. The hexagonal grid is efficient: Each cell tower sits at the intersection of three cells and each of the three directional antennas on top of the tower covers a 120-degree slice of the landscape. 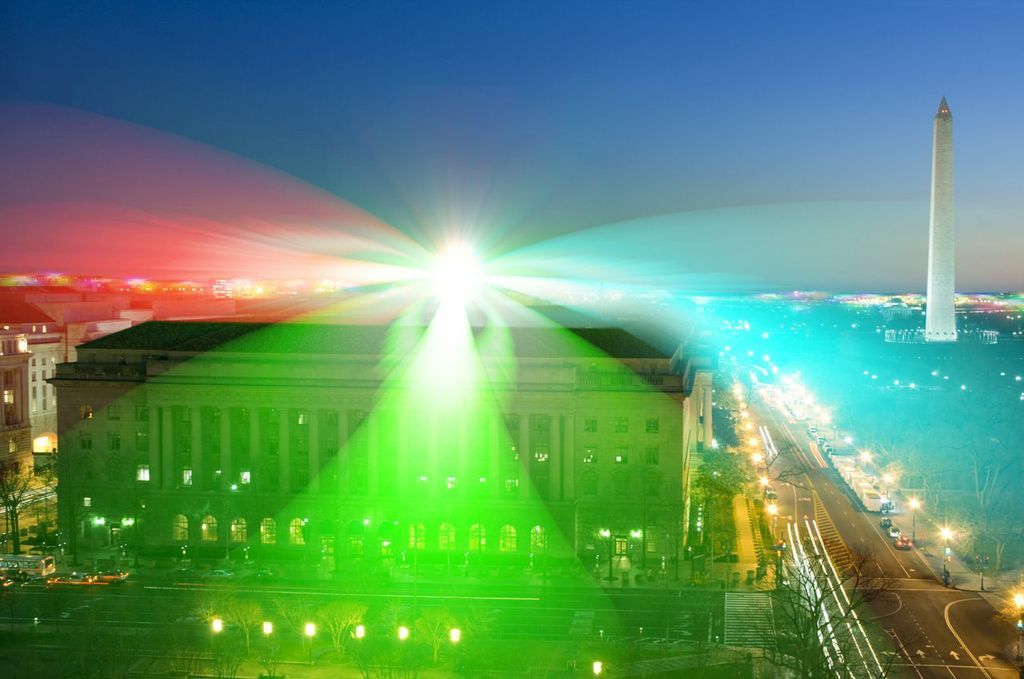 Lamm's rendering of the Department of Commerce headquarters in Washington focuses on the tridirectional nature of radiation emanating from a single cell phone tower. The different colors represent the radiation's different frequencies, which allow mobile users to make calls without experiencing interference. 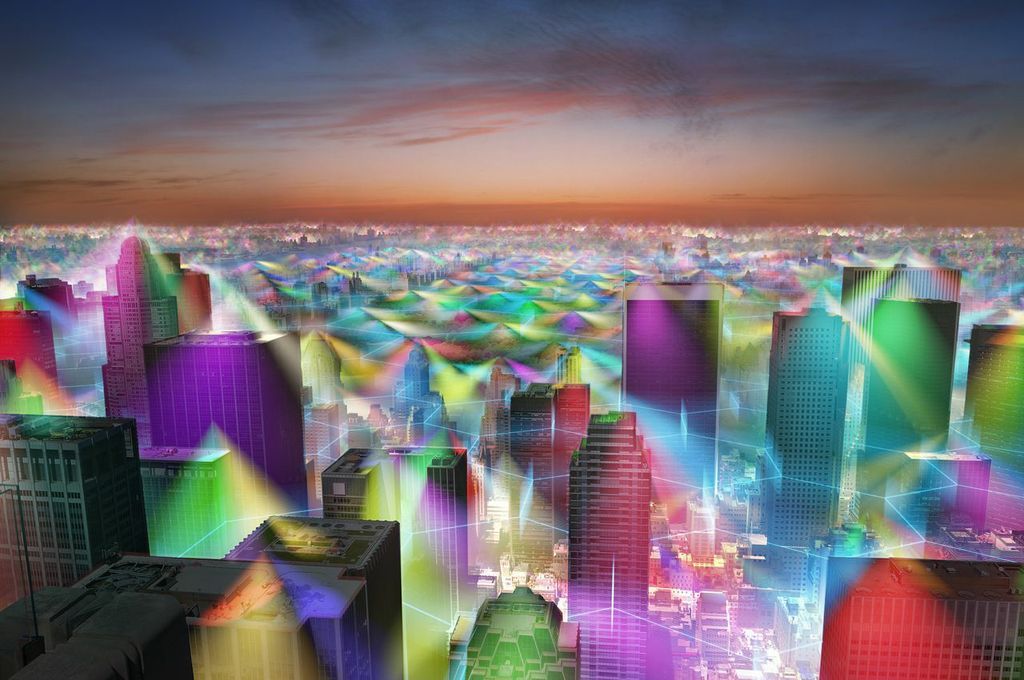 This illustration of the New York skyline shows how cellular base stations on top of buildings provide much of the coverage in the crowded city. 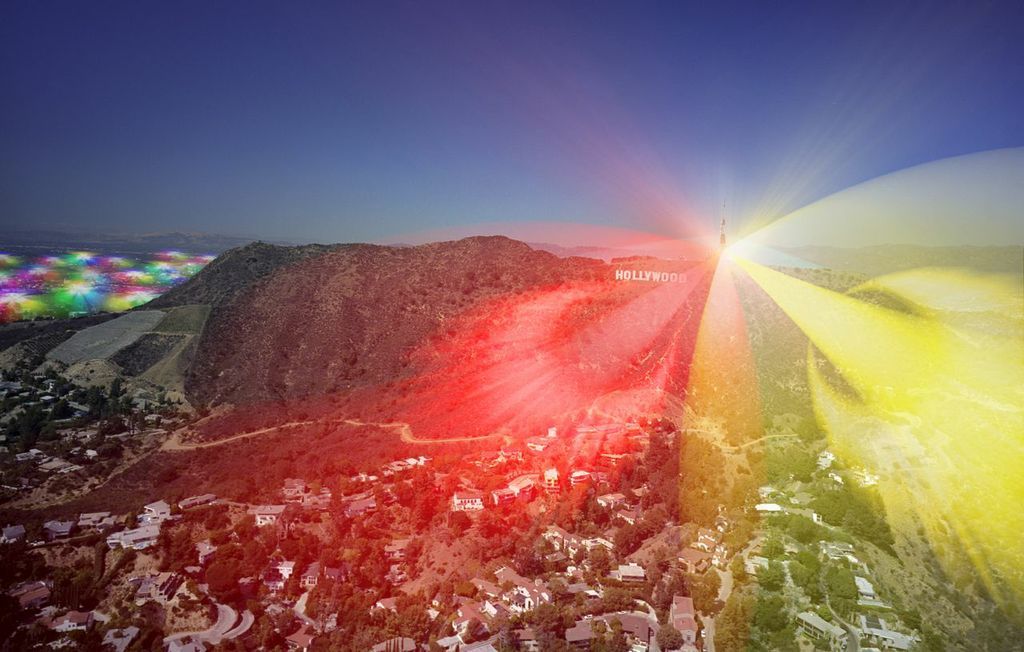 Here's how a long-distance cell tower radiates over the Hollywood Hills.

For good and ill, finding places where cell phones don't reach is becoming increasing difficult. In 2012, the World Bank announced that mobile signals reached three-quarters of the people on earth, and that number is only getting bigger. Radio Quiet Zone, anyone?