The story of IBM's Deep Blue computer defeating world chess champion Garry Kasparov in 1997 has been told so many times that it's practically shorthand for the philosophical debate over man vs. machine.

But the story lacks subtlety and perhaps the right moral. Deep Blue was only the beginning; and out of Kasparov's defeat grew a type of chess player that more richly illustrates the interplay between man and machine in 2014: All hail the centaur.

Yes centaur -- and Kasparov was apparently the first. Rather than half-horse, half-human, a centaur chess player is one who plays the game by marrying human intuition, creativity and empathy with a computer's brute-force ability to remember and calculate a staggering number of chess moves, countermoves and outcomes.

The centaur story is an elegant example of the way visionaries see the optimal interplay between humans and machines. Teaming the two in chess, experts say, produces a force that plays better chess than either humans or computers can manage on their own.

Centaur chess is all about amplifying human performance. 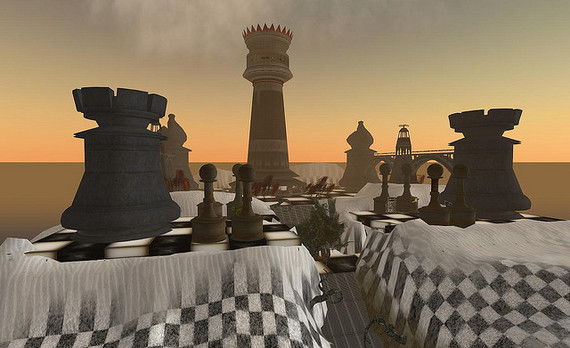 The human plus machine style of play is called Freestyle (often played online) and the rules of the game allow chess players to consult outside sources -- books, other humans and most importantly computerized chess engines that are stocked with the moves and results of thousands or millions of chess games that have been played through the years. The Freestyle games are timed, forcing players to think on their feet while managing the clock.

"If you merge millions of games played by computers with high-caliber human games, you get something that is quantitatively and qualitatively superior to any commercial product," says Nelson Hernandez, a suburban Washington D.C. data analyst who is a member of one of the most successful Freestyle teams in history.

The three-member team is led by Londoner Anson Williams, a reserved engineer and software developer, and is rounded out by Williams' girlfriend, Yingheng Chen, a math whiz who has become an expert at analyzing Freestyle chess.

None of the three consider themselves accomplished chess players and with the help of the machine they needn't be. In fact, you could argue that chess experts -- grandmasters -- are at a disadvantage when it comes to Freestyle. It isn't that the same computer-based fire power isn't available to grandmasters. It's that they sometimes fall prey to the very human belief that as experts in their fields, they know better than the machine.

George Mason University professor Tyler Cowen covered the syndrome in his book, "Average is Over." In it, he tells of U.S. grandmaster Hikaru Nakamura, "who was not a huge hit when he tried Freestyle chess. His problem? Not enough trust in the machines. He once boasted," Cowen continued, "'I use my brain, because it's better than Rybka on six out of seven days of the week.' He was wrong."

Rybka is a top chess engine, part of the machine.

The flip-side to Nakamura's hubris, of course, is placing too much trust in the machine. Nicholas Carr, author of "The Glass Cage: Automation and Us," has said humans risk being seduced by automated programs because they carry out work in a "black box." Questions in; answers out.

But centaurs understand that the machine has limitations. Chess is too complicated a game, with too many possible moves leading to a slew of other possible moves, for today's computers to solve. What they can do is push players toward perfection by charting out a series of proven opening moves and then providing recommendations the rest of the way.

Not all machines are created equal, however. And different machines will provide different answers to the question: What's my best next move? Then the human -- who by the rules of Freestyle must physically make the move -- has to decide not just what's the right move, but what's the right move against a specific opponent at this particular point in the match. 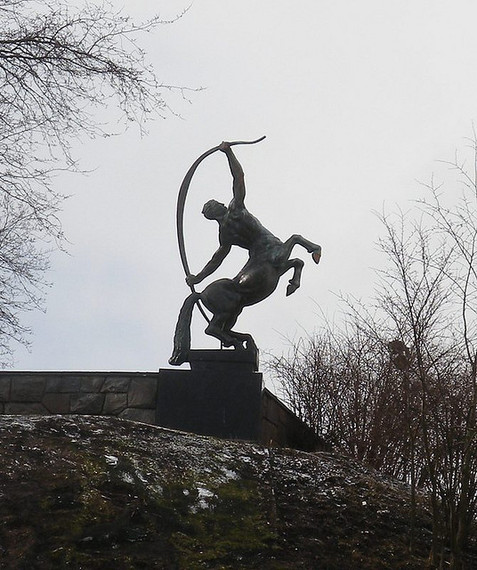 "That's where someone like Anson really shines. He's augmenting the computer with his own native abilities," Hernandez says. "A chess player has got a certain set of cognitive equipment. An almost superhuman memory is what's required, a tremendous ability with spacial concepts and to be able to look ahead, a great strategic sense of when you should exchange this piece for that."

Think of it as something like a trip to the moon: A pilot has the skill to land a spaceship on the lunar surface and he or she can use his or her eyesight and human experience to determine whether a landing area is suitable. But the pilot would never be in the position to be making those decisions without a big boost from the rocket that got him or her to the moon's orbit in the first place.

The rocket for Team Anson Williams (The trio plays in different tournaments by different names to make it harder for opponents to scout them.) consists of the team's massive database of tens of millions of chess games, called an opening book, that have been played by computers and humans -- every move, every outcome, billions of unique chess positions.

Hernandez says he's spent more than 10 years compiling the data, which he says the team uses to rank the best moves after analyzing the game situation with custom, proprietary software.

"I hardly ever take a day off," he says. "I have this incredible talent for dull, repetitive tasks. Who else would spend 10 years of their life, every single day, collecting chess games for their database? It's almost borderline crazy."

As much as he loves data, Hernandez is well aware that as with data in so many fields, it's not just having lots of data that matters, it's what you do with it.

"As important as the opening book is in launching a game, it isn't what sets us apart," Hernandez says. "What Anson does, probably as well or better than anyone else, it's his secret really, is you need to be able to process real-time data sets more efficiently, more rapidly than anyone else. That's a cognitive skill. You need incredible nerve, really. You're under a clock playing against someone else with a similarly powerful computer array and the slightest error is almost invariably punished."

The combination of Williams' cool under pressure and the machine's vast catalogue of chess moves works. Cowen's book recounts a four-tournament run in which Williams' team won 23 games and lost one while playing 27 to a draw.

Williams did not respond to requests for an interview. Reserved, remember?

So which is more important in the world of centaur chess? The human or the machine?

"It's absolutely more important to have good hardware and software," Hernandez says. "In Freestyle, we have competed against grandmasters two times and we have defeated two grandmasters. And we're not ranked chess players, you know. To me, that tells the story. Is chess knowledge useful? Of course it is. It's not that it's useless. I'm just saying that if that's your main strength and not a lot of other things, you're going to lose. It's simply not enough."

In other words: Back in the Deep Blue days, at least Garry Kasparov on his own had a fighting chance. Today, not so much.

Mike Cassidy is BloomReach's storyteller. You can reach him at mike.cassidy@bloomreach.com; or follow him on twitter at @mikecassidy.

Lead storyteller at Signifyd and formerly a columnist at the San Jose Mercury News.