The Twitter account for U.S. Central Command (CENTCOM) was hacked on Monday by individuals claiming to be part of the Islamic State, the militant group formerly known as ISIS.

"ISIS is already here, we are in your PCs, in each military base," read a message posted to CENTCOM's account by the hackers. "With Allah's permission we are in CENTCOM now."

See images of some of the hackers' tweets below: 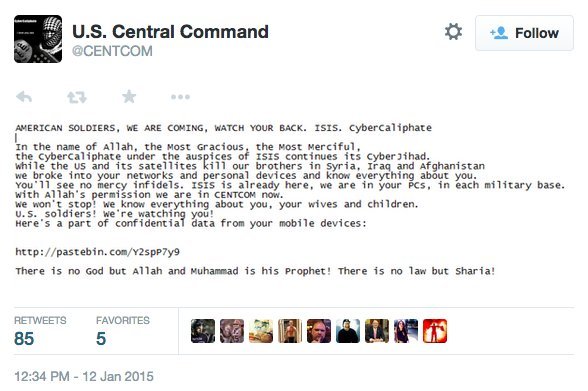 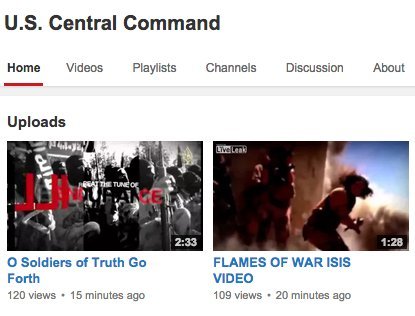 "If we're going to be connected, then we need to be protected," Obama said.

As Yahoo's Garance Franke-Ruta noted, Twitter is a civilian technology, not a military tool:

Just to be clear: It's @Twitter that got hacked as far as I can tell, not @CENTCOM. Twitter is a civilian technology used for PR by military

Politico's Hadas Gold reported a Twitter spokesman said the company is aware of the hack and is working to remedy the situation.

UPDATE -- 2:04 p.m.: According to the Wall Street Journal, a senior Pentagon official said the documents posted by the hackers were not highly classified and "does not appear to be anything problematic."

The White House said it's monitoring the situation.