With its dragons and ice zombies, the HBO series Game of Thrones seems better suited to cult hit than cultural phenomenon. GoT's success at crossing into the mainstream hinges in part on its deft dramatization of a historically consistent theme: transitions of power are messy. Few leadership transitions trigger a more immediate sense of uncertainty and risk for most of us than the replacement of the CEO at one's organization. The less clear the criteria, the more widespread the intrigues. The less managed the process, the greater the ensuing commotion. Strip away GoT's fantasy elements, and it is that underlying human drama that the series plays to great effect.

If succession is one of the most complex and far-reaching transitions any organization faces, it is also 100 percent inevitable. Eventually, every CEO needs to be replaced. Despite this certainty, companies consistently struggle to plan and execute smooth successions. "Between 70 and 80 percent get it wrong," estimates Noel Tichy, author of Succession: Mastering the Make-or-Break Process of Leadership Transition, and Professor at the Ross School of Business at the University of Michigan. The cost is significant -- a recent PwC study cited $112B in value lost annually due to poorly planned CEO transitions. 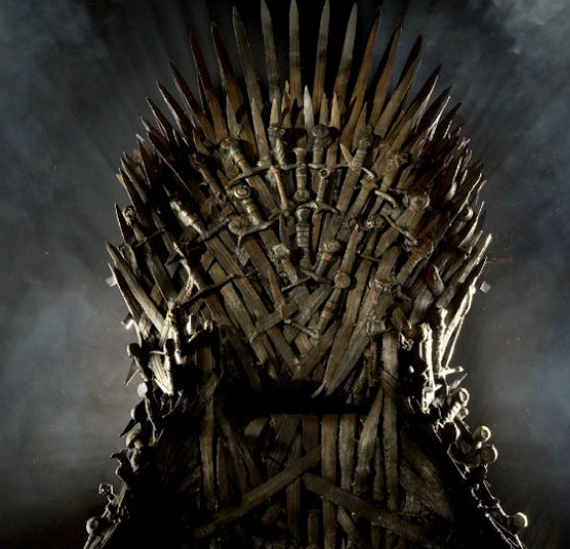 While myriad case-by-case variations exist, three themes show up with some consistency. And if an organization seeks to have its leadership transition play out more as bloodsport than due process, GoT has dramatized those elements.

Do Nothing to Prepare

"The most egregious error is doing nothing," according to Dan Ciampa, former CEO and the author of two landmark books on the topic (Right from the Start in 1999, and Transitions at the Top in 2015). Ciampa argues that companies -- from the boardroom on down -- fail to grasp the complexity of such transitions. Implicitly or explicitly, the attitude is often, "We hire people all the time, this is no different." And so they treat CEO succession as a non-event.

Professor Tichy, who when not teaching advises companies around the world on the development of their leadership pipeline, points out that, "just having the conversation with the sitting CEO is a highly threatening proposition for a lot of folks." Many simply avoid it.

A board member of a mid-cap company concurs. "The CEO is 3-4 years away from retirement. The company is outperforming its peers. When the subject of succession comes up, the board's mindset is we don't need to worry about that yet. We don't want to do anything to distract people." 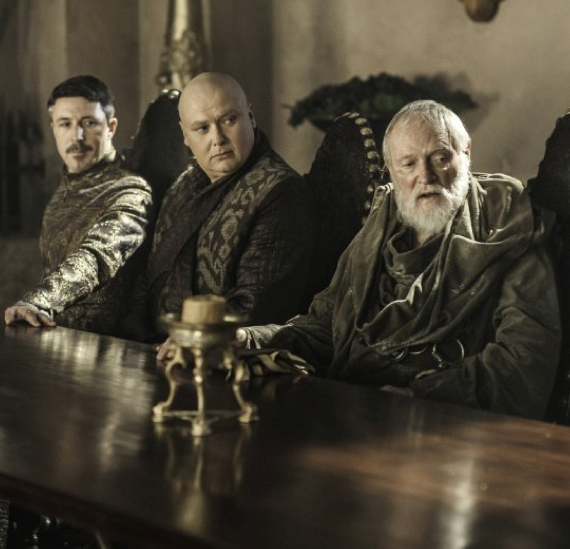 To be fair, this is an emerging skillset for boards -- it has not been as broadly or urgently in-demand for much of the past century. But those sands have shifted, and boards are struggling to keep up. A Fortune 100 director related that his board colleagues and he had agreed for several years on an ideal internal succession candidate. When the incumbent finally announced his retirement, the board turned to the designated successor to offer him the role, and was stunned when he declined. During all the planning, no director had never actually spoken to the candidate about taking the helm.

Dealing with succession on a reactive basis escalates risk. A lack of systemic, disciplined thinking about and planning for transitions of power steers focus away from developing a strong leadership bench. And once a crisis strikes -- an unplanned retirement, an activist shareholder, a medical emergency -- it is late in the game to start thinking strategically.

It may be possible in most organizations to look at the pool of potential CEOs and identify the king of the zombies, the heroic warrior of questionable pedigree, and maybe even the mother of dragons. A less amusing and far more practical question is: what sort of leader do we need for the future? 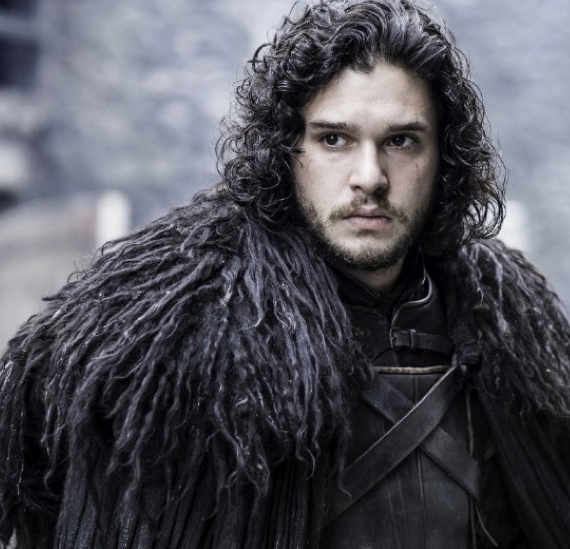 Addressing this seemingly obvious subject is complex, and organizations often overlook it or answer simplistically. Commonly, companies default largely to duplicating the qualities of the current CEO -- though being suited for the market conditions of today is not the same as being suited for generating or executing the next phase of strategy.

"What does the leadership pipeline need to look like for the future?" asks Tichy. When boards, or the Chief Executive herself, starts to describe a clone as the ideal, the CHRO or directors have to get the future clearly back on the agenda. "Look out the windshield," Tichy says. "Not the rearview mirror."

Without having created clarity, competing agendas and unstated assumptions threaten to swamp the decision-making process. Of the dozen or so key influencers in GoT, you can count on two fingers those who spend time thinking about what kind of leader would be good for the future of the kingdom. Everyone else has a side game going. For those closest to CEO succession, that's too common a scenario.

If a board and leadership team have not defined what the ideal future leader looks like, then how will they select the right candidate? In too many transitions, the implied approach is, "Let the contenders battle it out. We'll see who wins."

Karen Vander Linde, a PwC Partner who founded PwC's People and Change practice in the US and ultimately became the practice leader globally before her retirement, has seen this first-hand in client organizations. "You get some of your most talented leaders a) working against each other, and b) making short-sighted decisions in the process." (Incidentally, Vander Linde let slip a bit of GoT geekery here by citing Stannis as a serious contender making shortsighted decisions.) A succession horse-race that fails to define the criteria for victory can factionalize an organization from top to bottom. 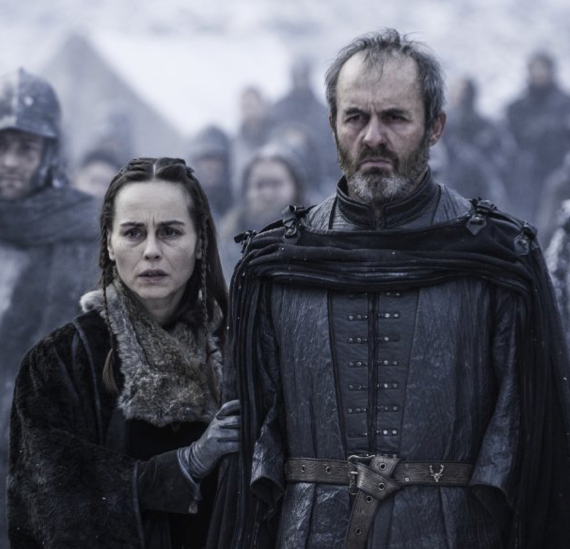 The problem is complex, and no single approach applies to all situations. Well-designed horse races do exist. Models of "serial monogamy," whereby each candidate gets time at various helms, have been well-executed. And the naming of one successor with a long, carefully-integrated hand-off, works too. What does not work is clear: "When you pit family members against family members in an ambiguous competition," says Vander Linde, "you set the organization up for chaos."

Miscalculate the Impact of Relationships

The final theme playing out both in the GoT series and in troubled CEO successions is the failure to fully appreciate the web of relationships that will determine a new leader's success or failure. 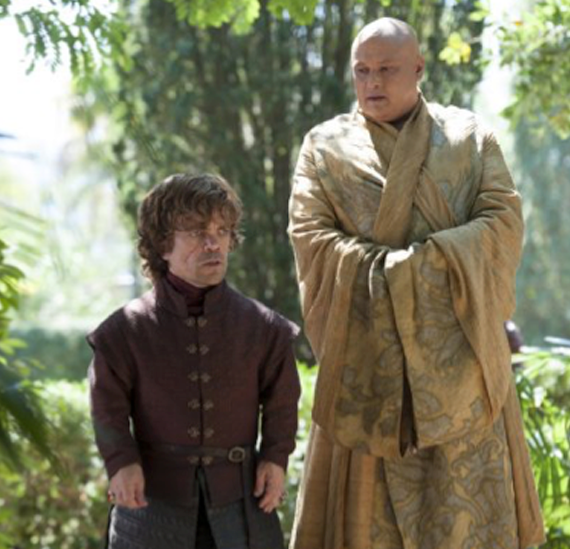 "Once [the decision is made], then begins the human drama of transfer of power," says Ciampa. Unfortunately, this is also a time when boards, the incumbent, and the CHRO too often congratulate themselves for having chosen a great candidate, and then remove themselves from the process. How will the incoming CEO relate to the outgoing incumbent? To former peers who were also competing for the role? To C-suite members to whom the new CEO (if an internal candidate), was fairly recently a subordinate? "The wise designated successor will think about those things," continues Ciampa. "But the wise CEO, the wise Board, the wise CHRO, will also ask themselves what needs to be done [to help make those relationships effective]. If you don't ask those questions, it's not going to happen."

He also notes "derivative defections" as an unappreciated risk factor. Some people -- including some valuable subset of leaders -- will leave. "People don't want to be under someone they don't have any control over," Ciampa says. Each departure poses a threat to the business. How has that risk been planned for, minimized, or accelerated if inevitable? How will the collective hirers of the new leader support that leader in navigating those relationships?

Tichy describes a leader's ability as a three-strand braid: technical skills, political savvy and cultural fit. "B-schools," he says, "spend too much time thinking everything is technical. The reality is that who gets hired and how they get promoted and how much money they make tends to come down to their abilities to integrate their technical solutions into the political culture and coalitions."

Both Vander Linde and Ciampa emphasize the relationship between the outgoing CEO and the newcomer as an underappreciated but critical dynamic.

"Having a relationship with your successor gives you a thorough understanding of the ins and outs of his or her leadership style," Vander Linde says. "Not merely that you have dinner together occasionally and get along 'fine'. You have to get into the business together. You have to roll your sleeves up and work alongside each other on meaningful problems." She was quick to emphasize that this isn't about having identical styles. "The profile may need to be different from the current CEO's, but they should know that about each other and ensure they can still collaborate. Significant differences between the CEO and successor that come as a surprise -- those can be damaging."

Much of the drama in GoT hinges on competing agendas that define behaviors and spin out a flow of events that have consequences far beyond the intentions of the individual players. That messy mix of intentions and unintended consequences can look a lot like real life.

Effective succession planning is not about trying to create total certainty or eliminate life's messiness. Rather, it is about creating a level of clarity for both the potential successors and for the organization as a whole about how the transition will be planned for, developed over time, and managed.

To avoid a corporate GoT, organizations must determine the capabilities necessary for future leadership, chart clear decision-criteria, and actively address the personalities and alliances most relevant to the new leader's success. In transfers of power, details matter. Clarity drives the difference between an orderly-if-intense changeover, and an all-out battle.

"If companies spent as much time on the question of leadership transition," says Ciampa, "as they do on refining the strategy, financials and operating plan, CEO succession would be much less of a crapshoot."

And there, indeed, be dragons. 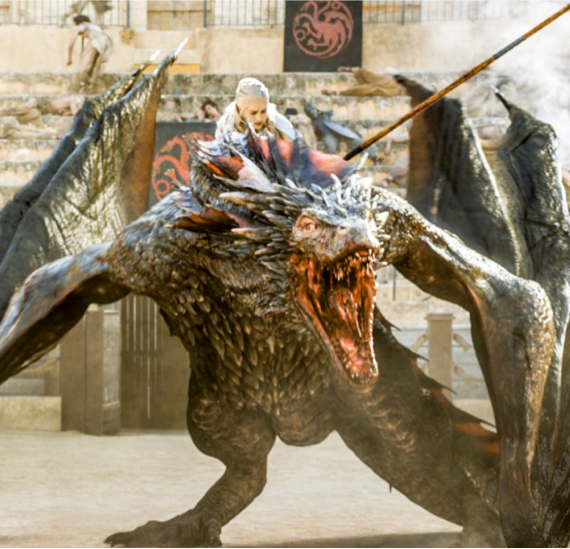 -- David Reimer is the CEO of Merryck & Co, the only global firm providing C-suite mentoring by former CEOs and top business leaders.