Ceramics. If the word conjures whimsical images of cups, bowls, vases -- and, sure, Patrick Swayze -- you're not alone. But the artistic genre contains much more than tableware.

In the past year or so, the 27,000-year-old art form has been making quite the trendy comeback. We've encountered ceramic art objects ranging from the minimal to the eccentric, the abstract to the explicit. Yet through the outpour, a particular current has caught our eye.

Today we're ogling the work of eight gifted ceramicists who combine the sweetness inherent in the medium with something a bit more sinister. From porcelain dolls spewing blood and guts to stark sculptures of toes and tongues, the following artists are not afraid to get creepy with clay. Behold, eight eerily beautiful ceramicists whose work gives us goosebumps in more ways than one.

"'Viral Series' is a continued exploration into the death and regeneration taking place in deteriorating communities. Places and things, once bustling and animated, have succumbed to nature’s mercy. Without intervention, nature takes over and breathes new life into objects, as it does in my sculptures. In 'Viral Series,' the busts, once pure and pristine, are hardly recognizable. They become tattooed with nature. Their heads grow leaves instead of hair. The faces scream out in pain -- or perhaps pleasure -- in the midst of transformation. Often used to represent life, nature instead becomes a parable for an alternative state –- one where life and death intersect." 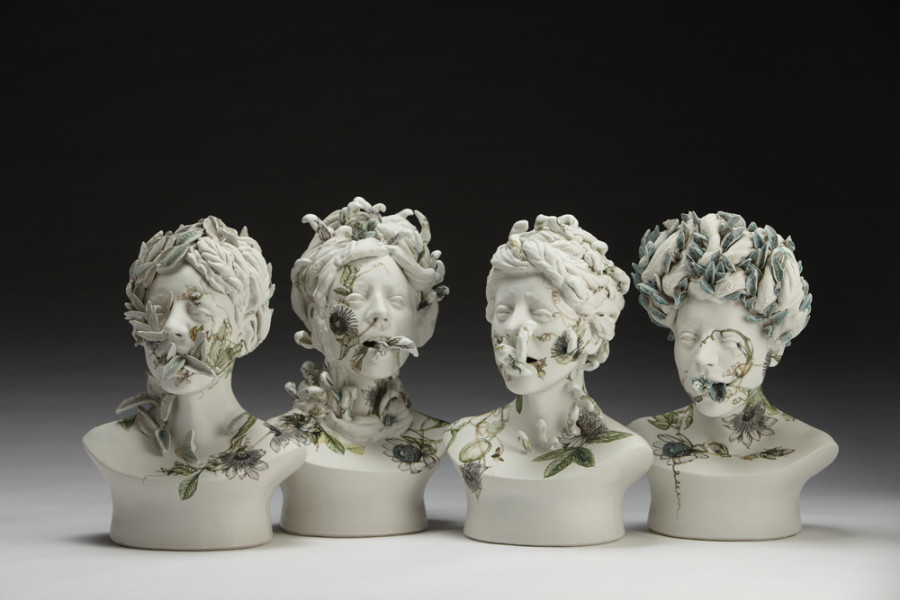 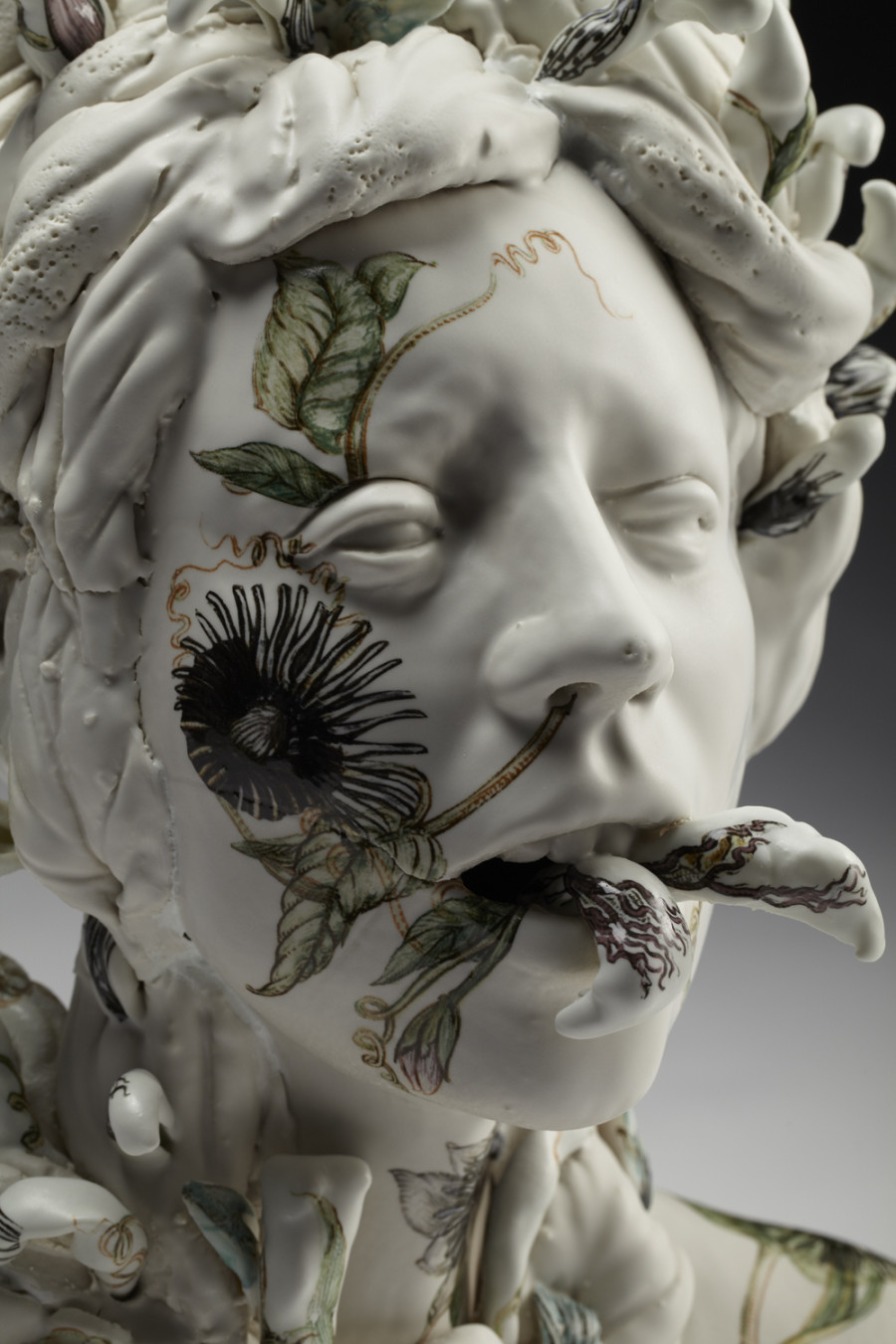 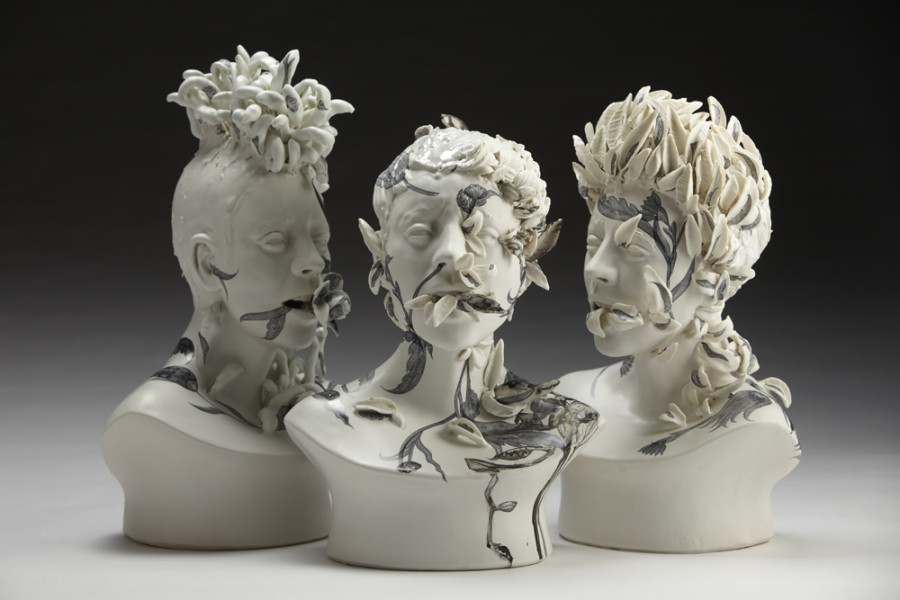 "These works are part of my continual desire to understand and change the meaning of objects, especially those that were once valued, then discarded. Using ceramics restoration techniques, I dismantle, dissect and recompose figurines from secondhand stores. My seamless surgeries create works that humorously reflect the constant abnormality of society and nature, and offer considerations about the power of kitsch, and the 'truth' of objects as they pass from one owner to another." 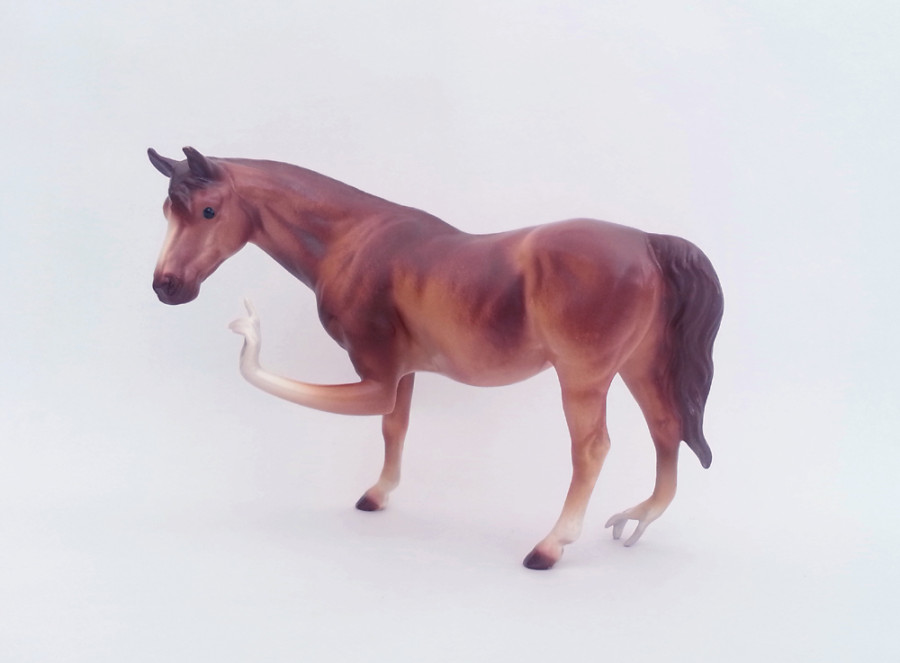 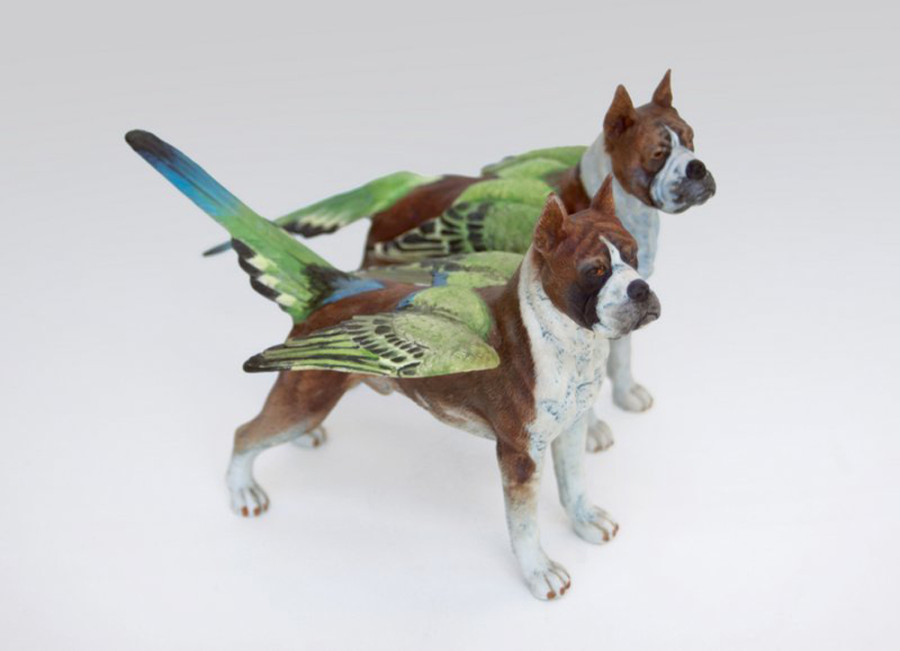 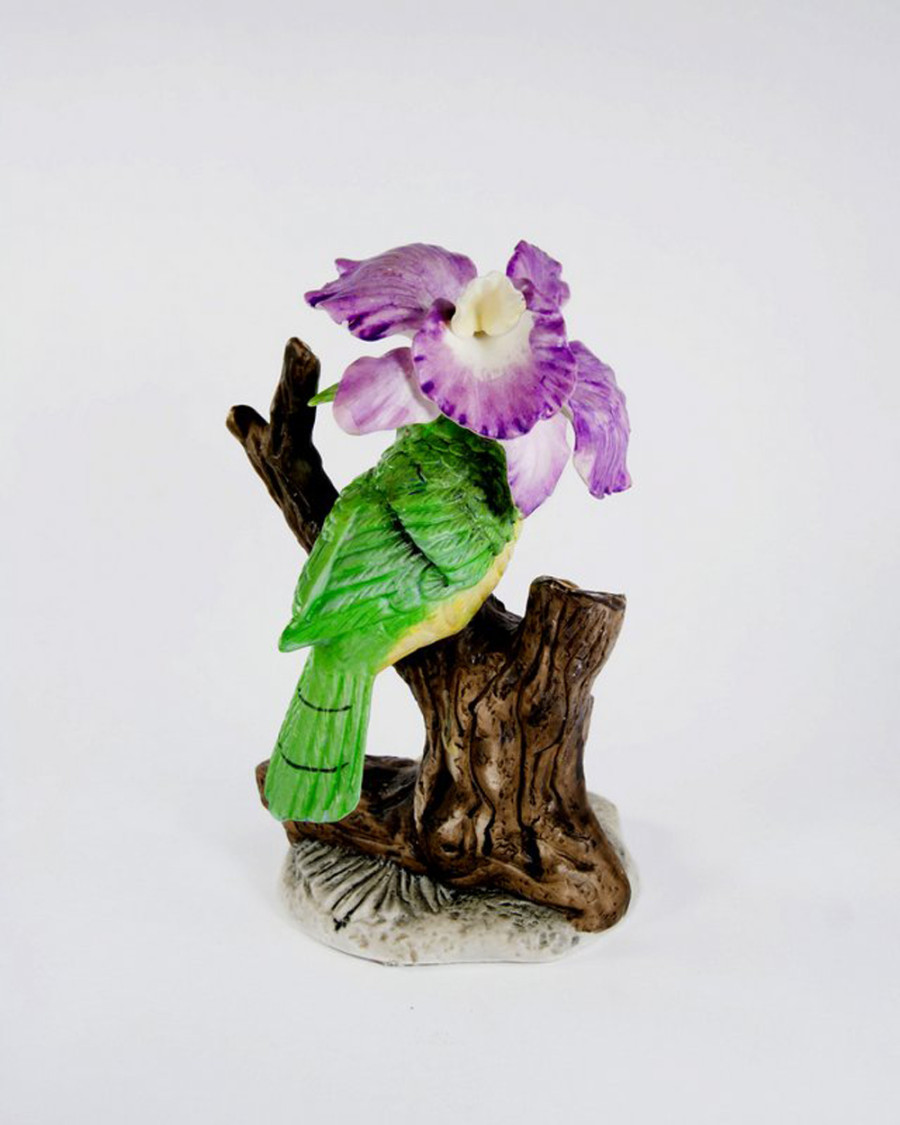 "I like to address different concepts and ideas of what constitutes us as human beings -- from a material and metaphysical point of view -- by working from within the spectrum between art, fashion and performance." 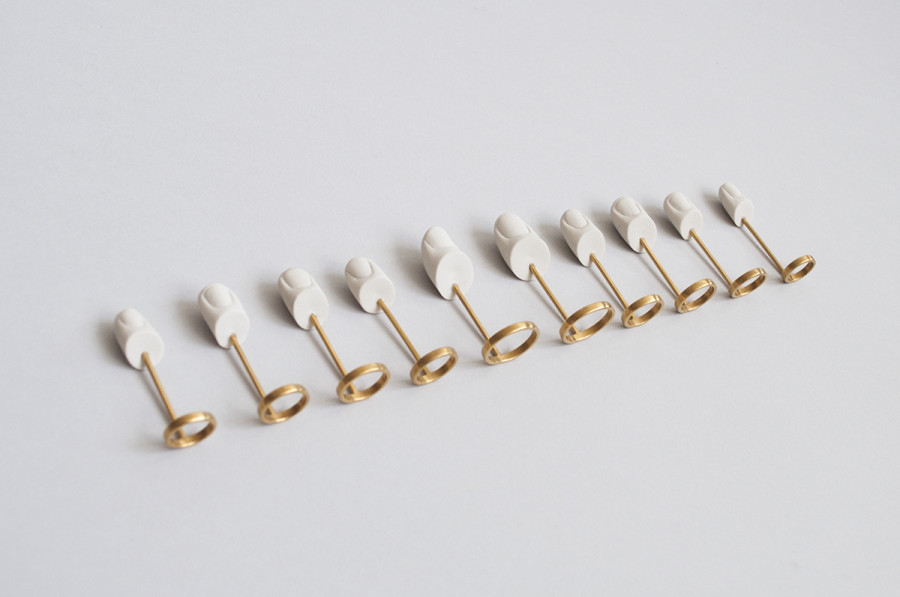 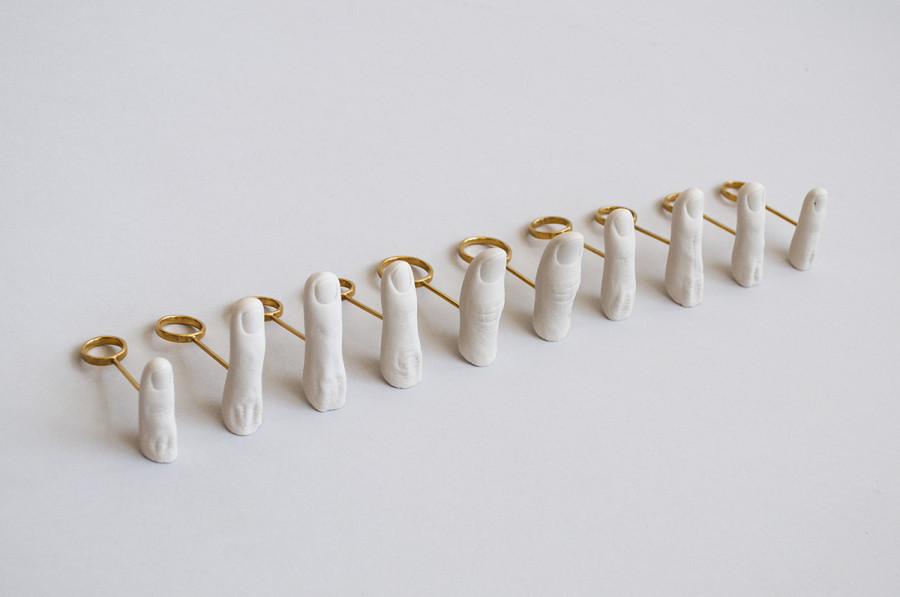 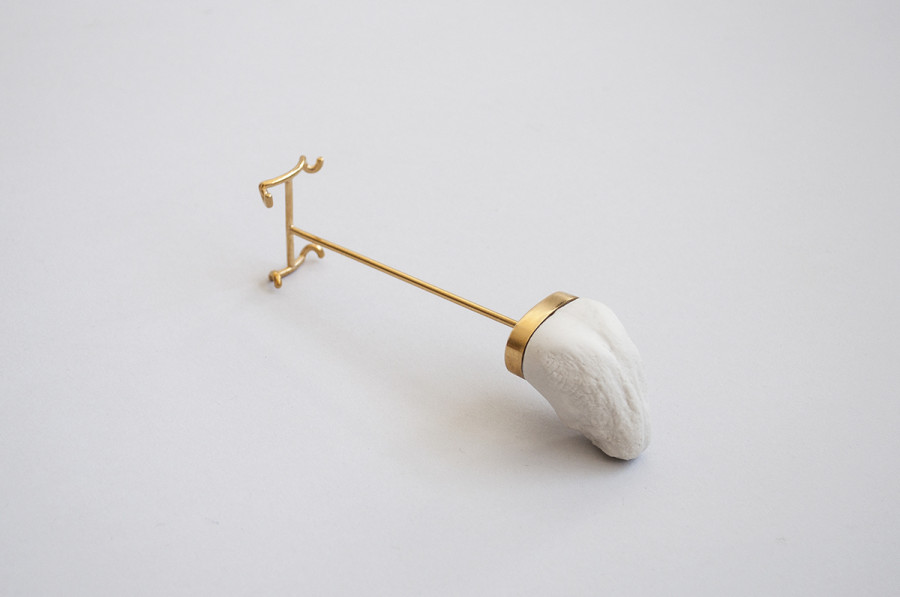 "To me hair is interesting because it at the same time is both personal and universal. I regard the hairdo as an image that expresses our culture: the cultivation of the nature in human beings -- the hair being civilized by the hairdo." 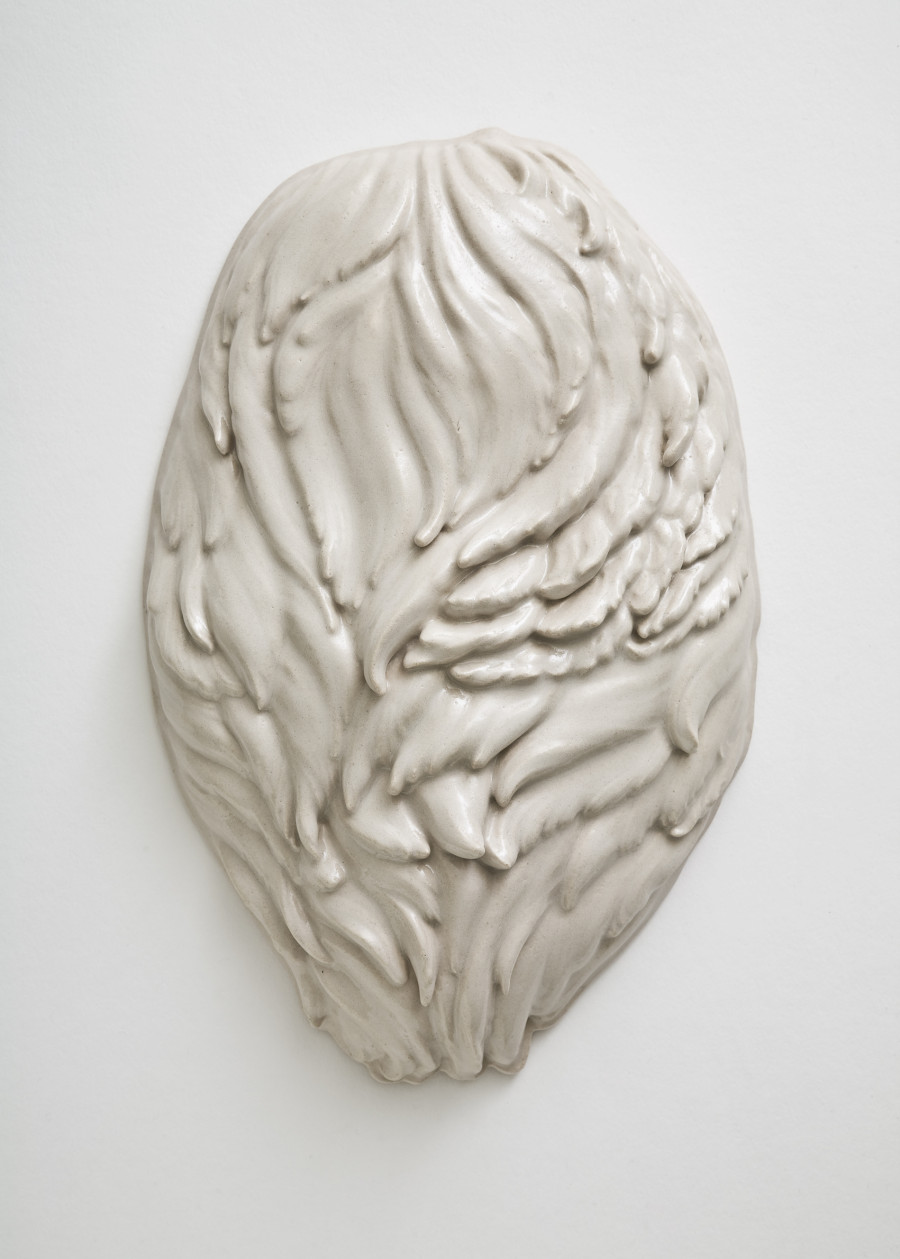 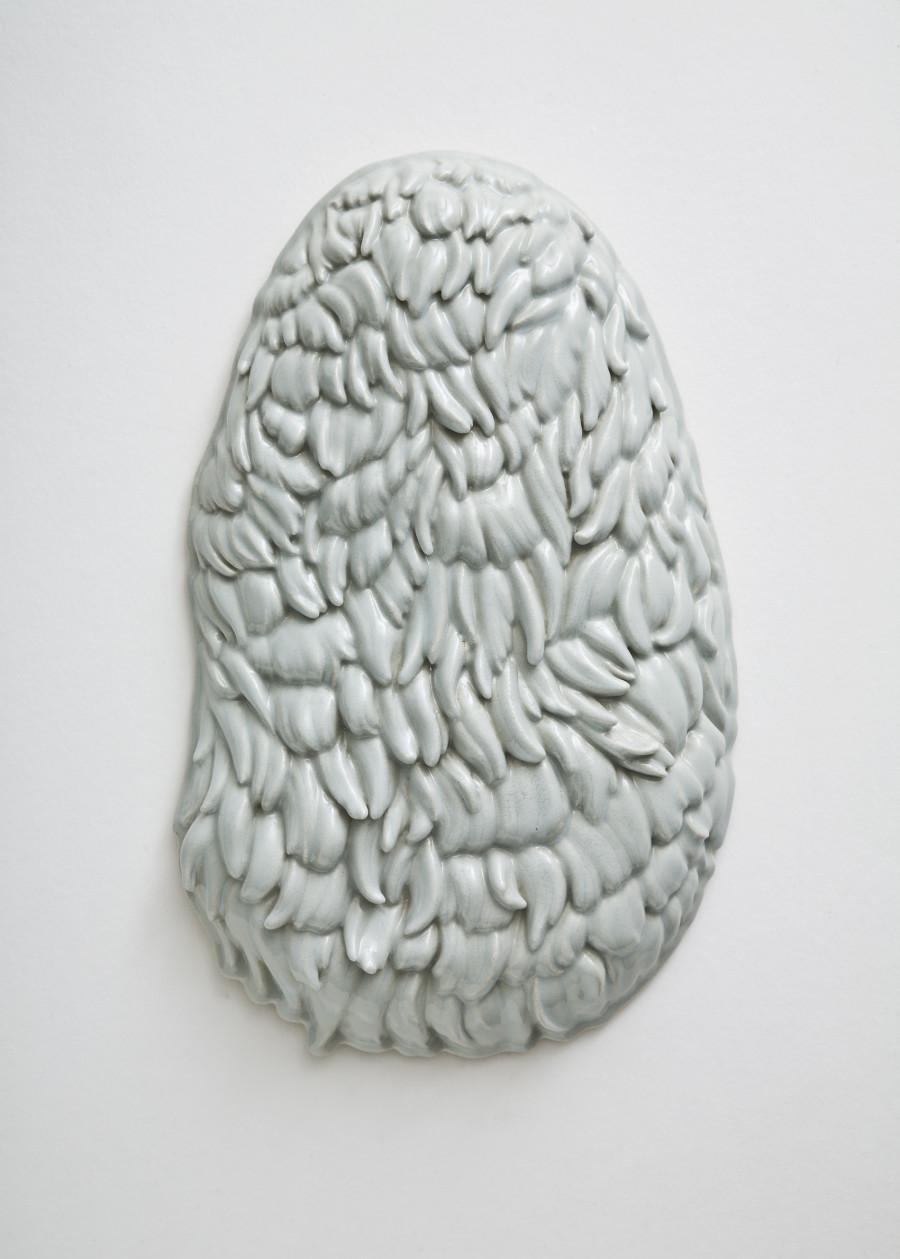 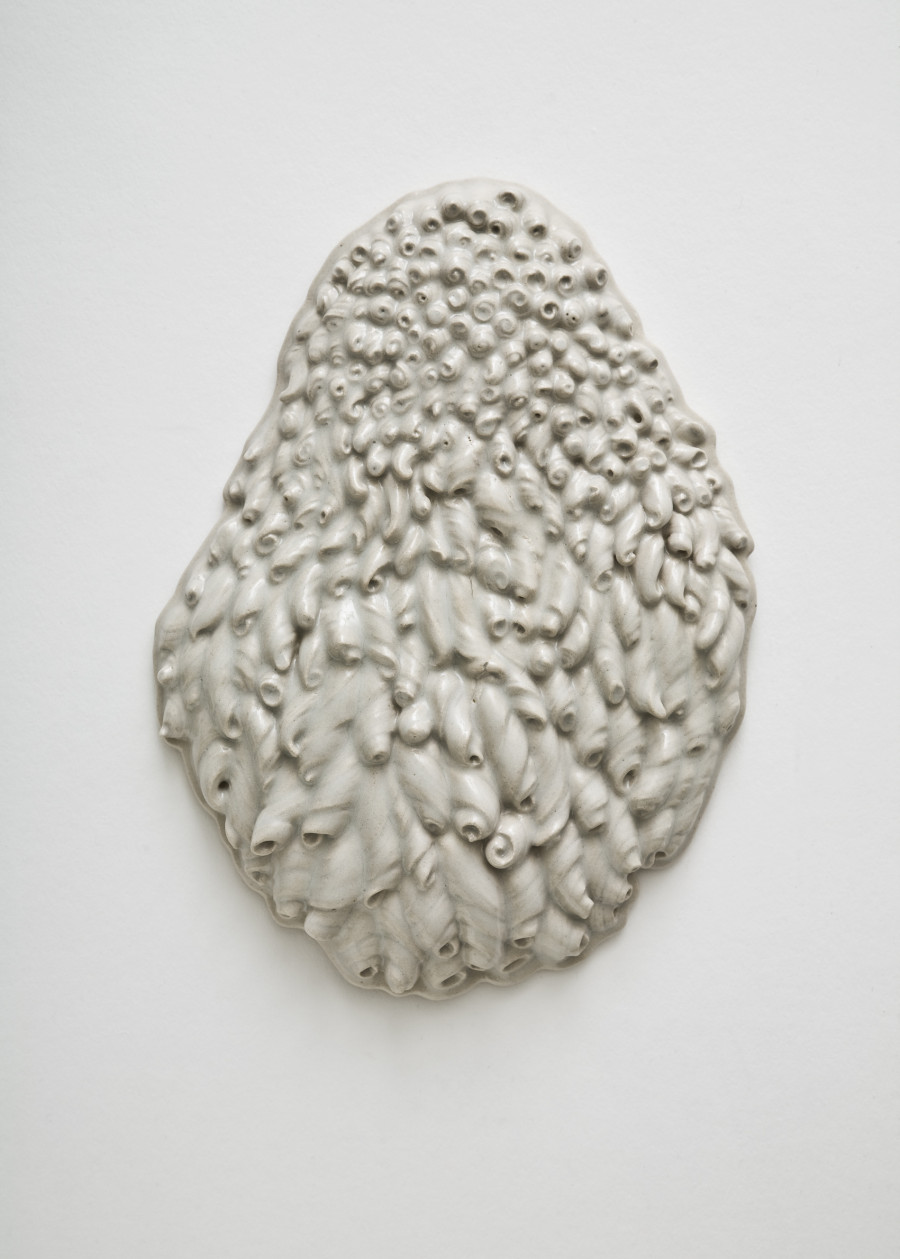 "In these series of works, I sculpted human mouths and fingers emerging from tableware. The blurred border between the living and the still in these works is intriguing. It is fascinating. It is daunting. It makes you think. In this combination of the 'still' and the 'alive' joined as one, I try to change the way in which we observe useful tableware. The useful, passive, tableware can now be perceived as an active object, aware of itself and its surroundings –- responding to it. It does not allow to be taken for granted, to be used. It decides on its own how to behave in the situation." 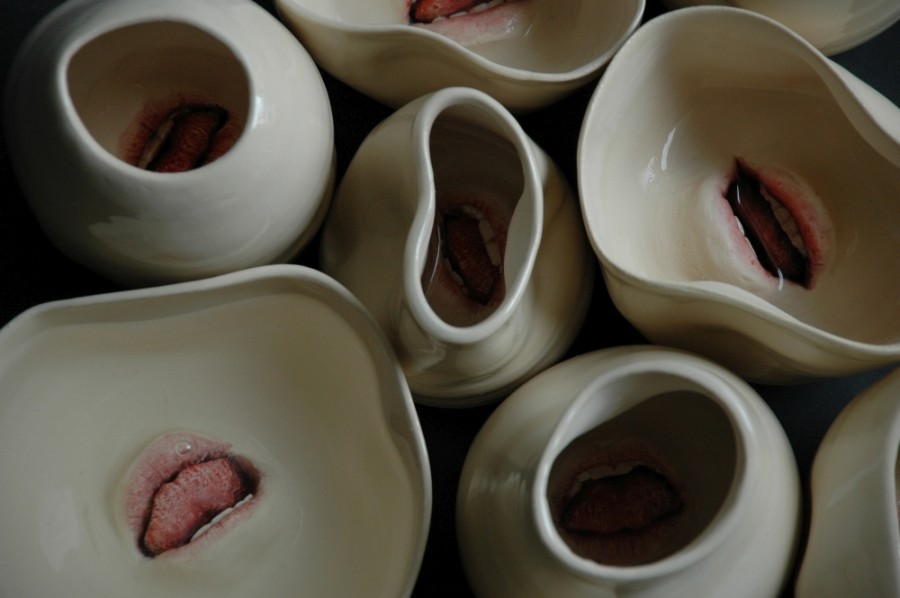 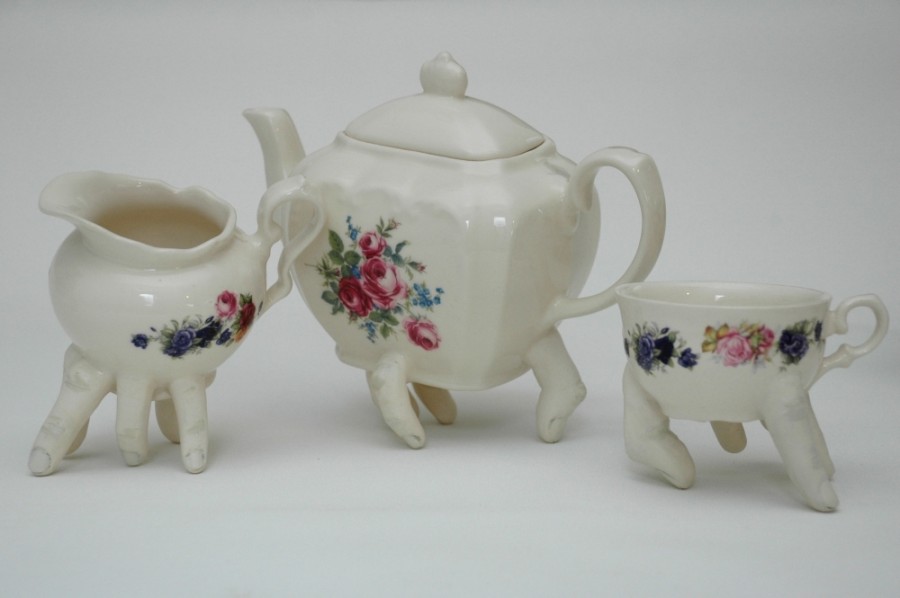 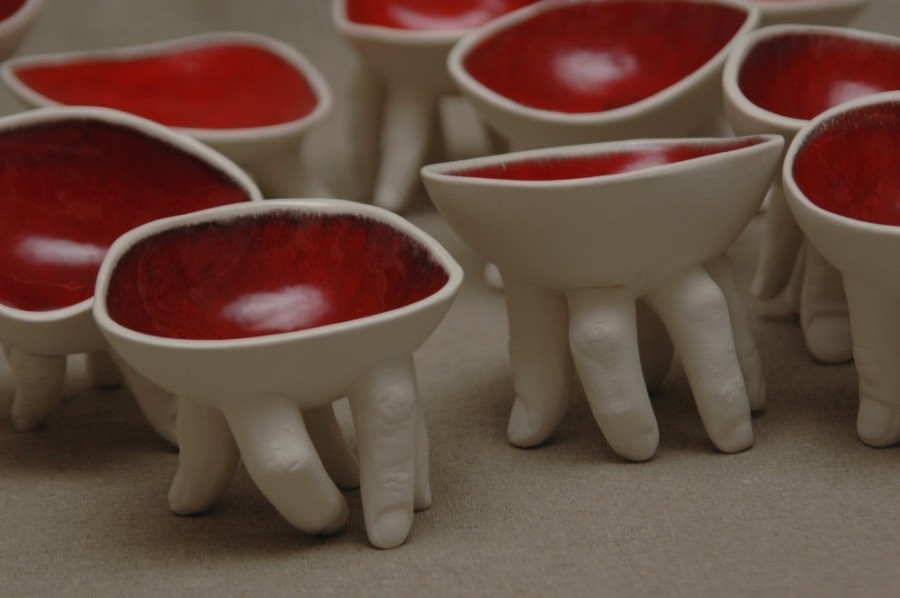 "I am interested in making unique objects and pieces that are useful and visually interesting." 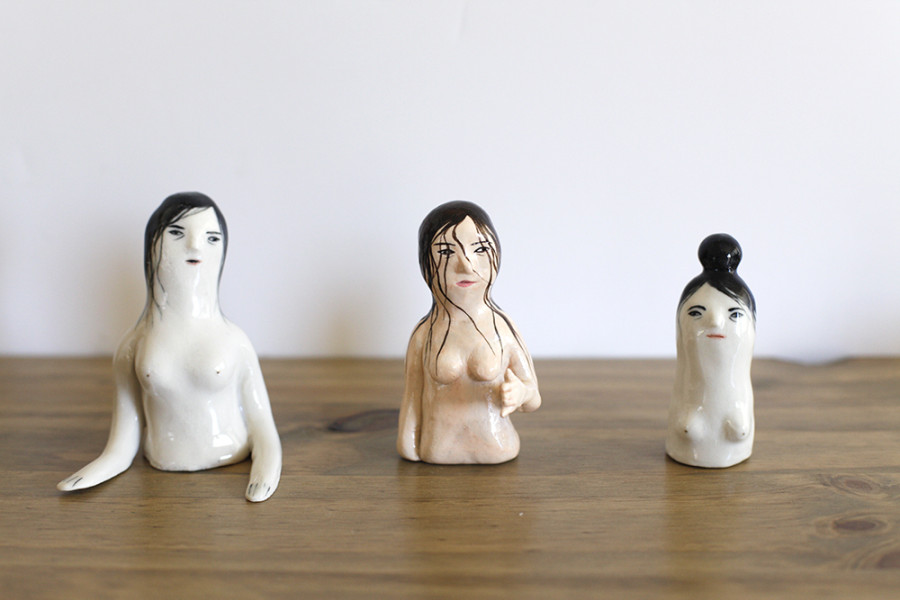 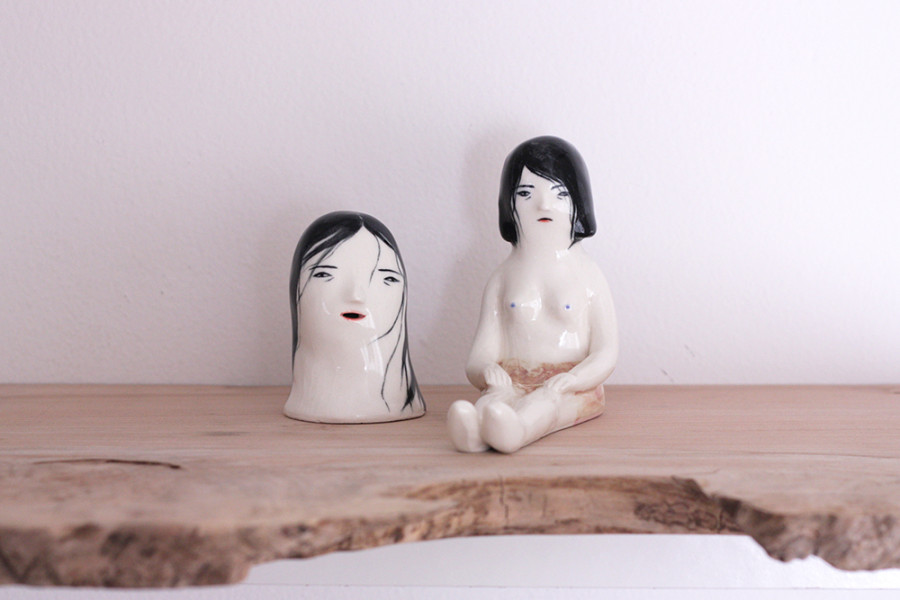 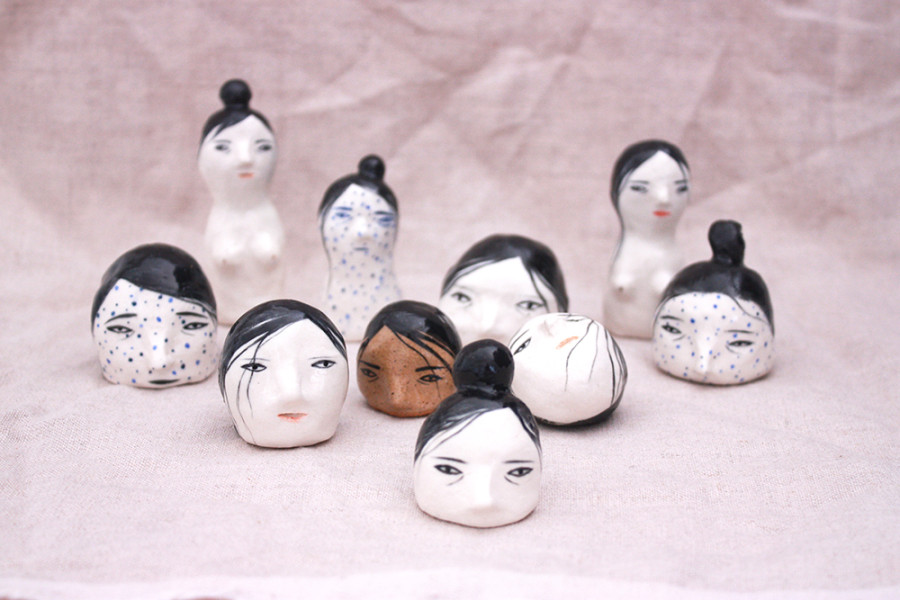 "Working with materials as diverse as porcelain, embroidery, stone and ink, my practice explores the mechanics of perception and the fallibility of observation through an examination of the interaction between the visual and the tactile. I am interested in how we handle and interpret materials, objects and space and how this process can define the shape of the body. The things I make propose a re-imagining of these definitions, offering an alternative shape to our perception of things, using the simplicity of materials to explore the complexity of the sensory body." 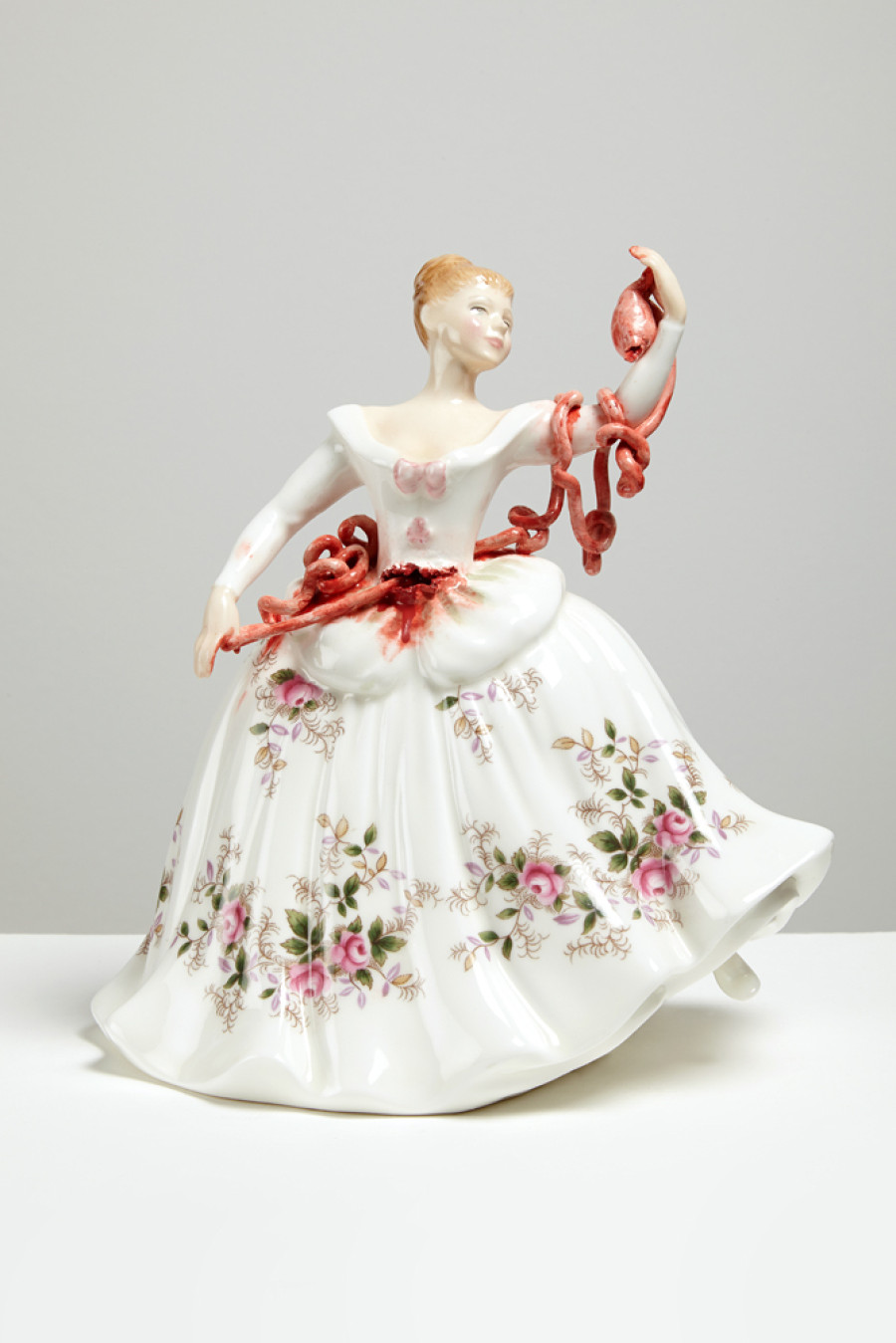 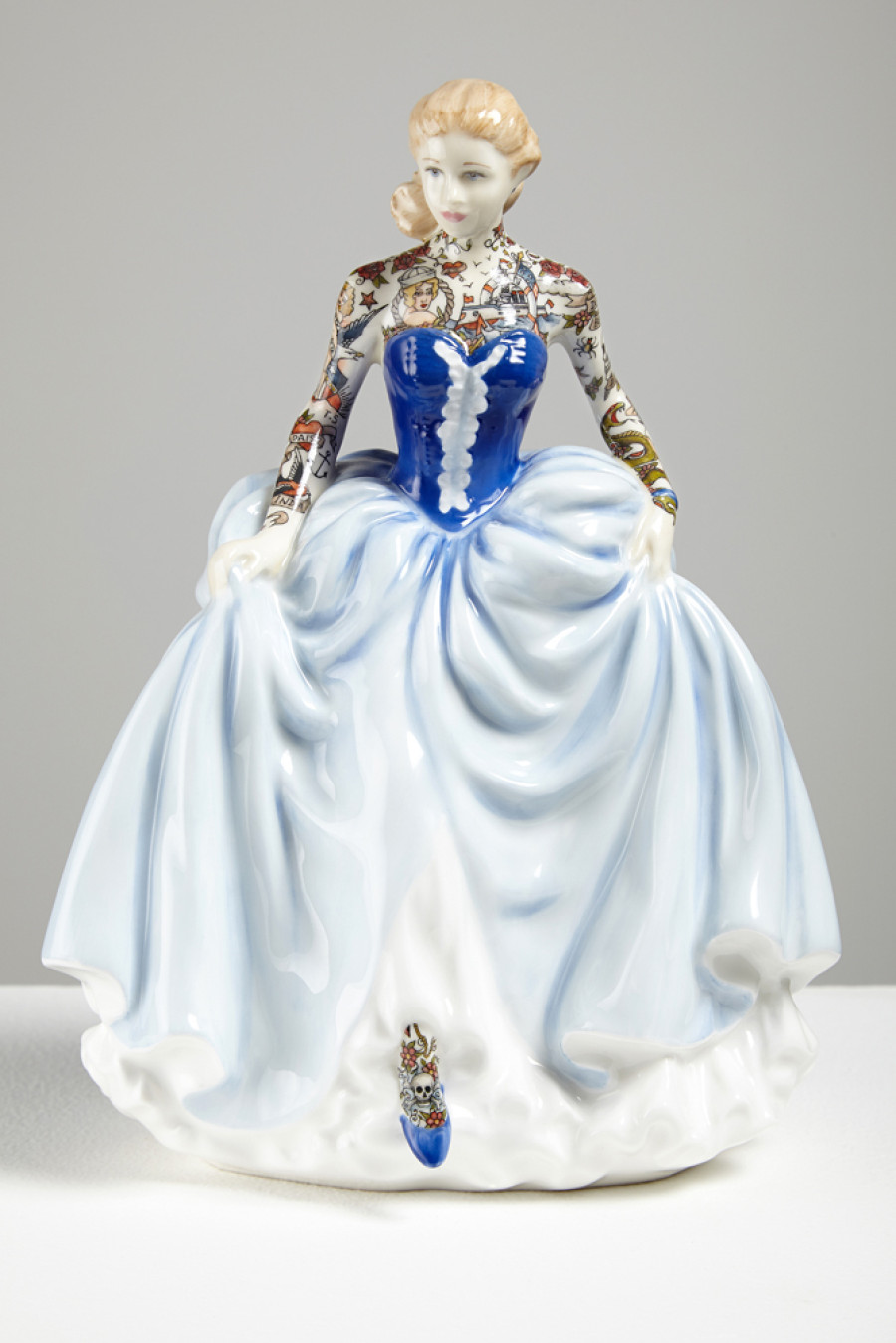 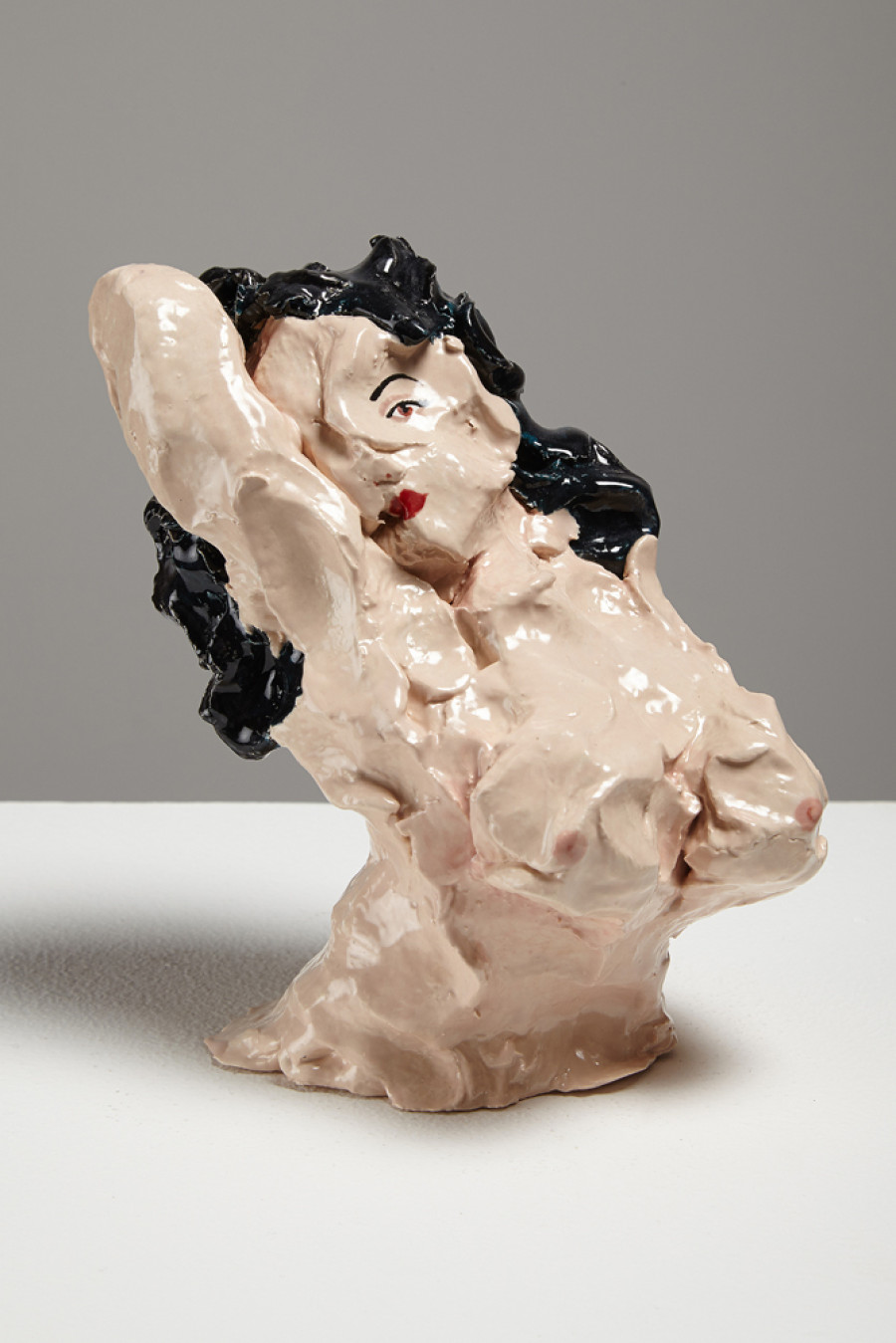 "Made in the anthropomorphic tradition my ceramic figures explore how animals are portrayed, as allegory, sentimentally or decoratively. My characters appear as instinctive beings, conveying both strength and vulnerability, through them I hope to lead the viewer to question 'how at ease are we with our animal selves?'" 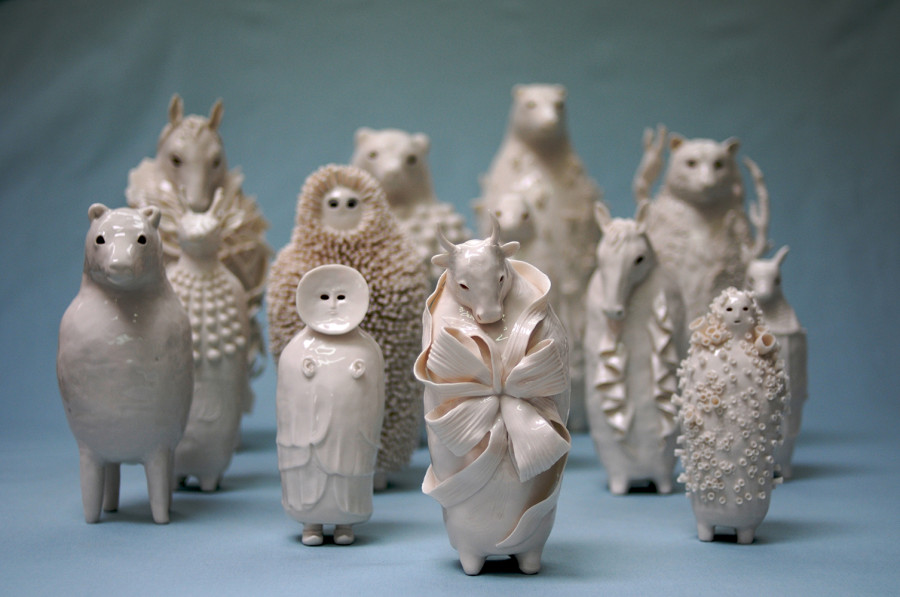 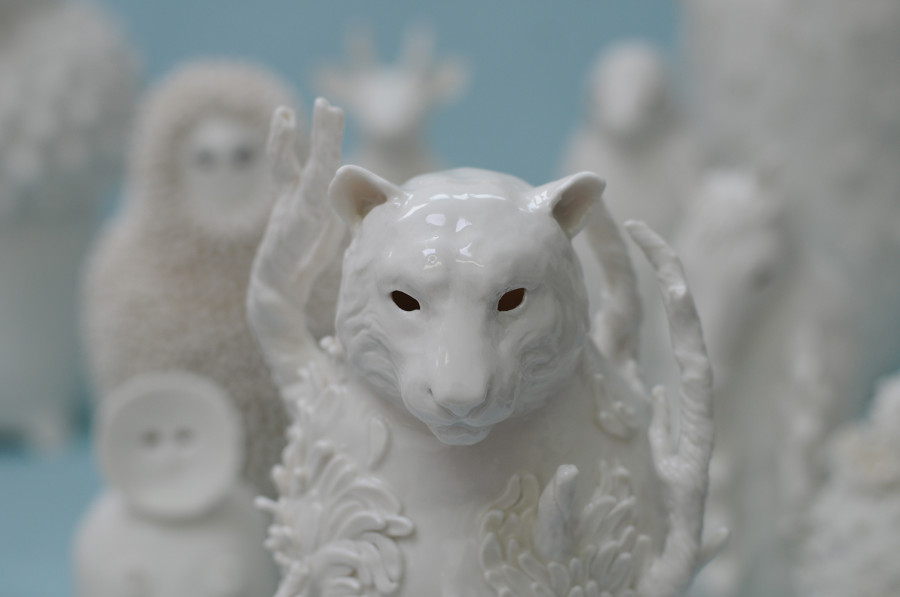 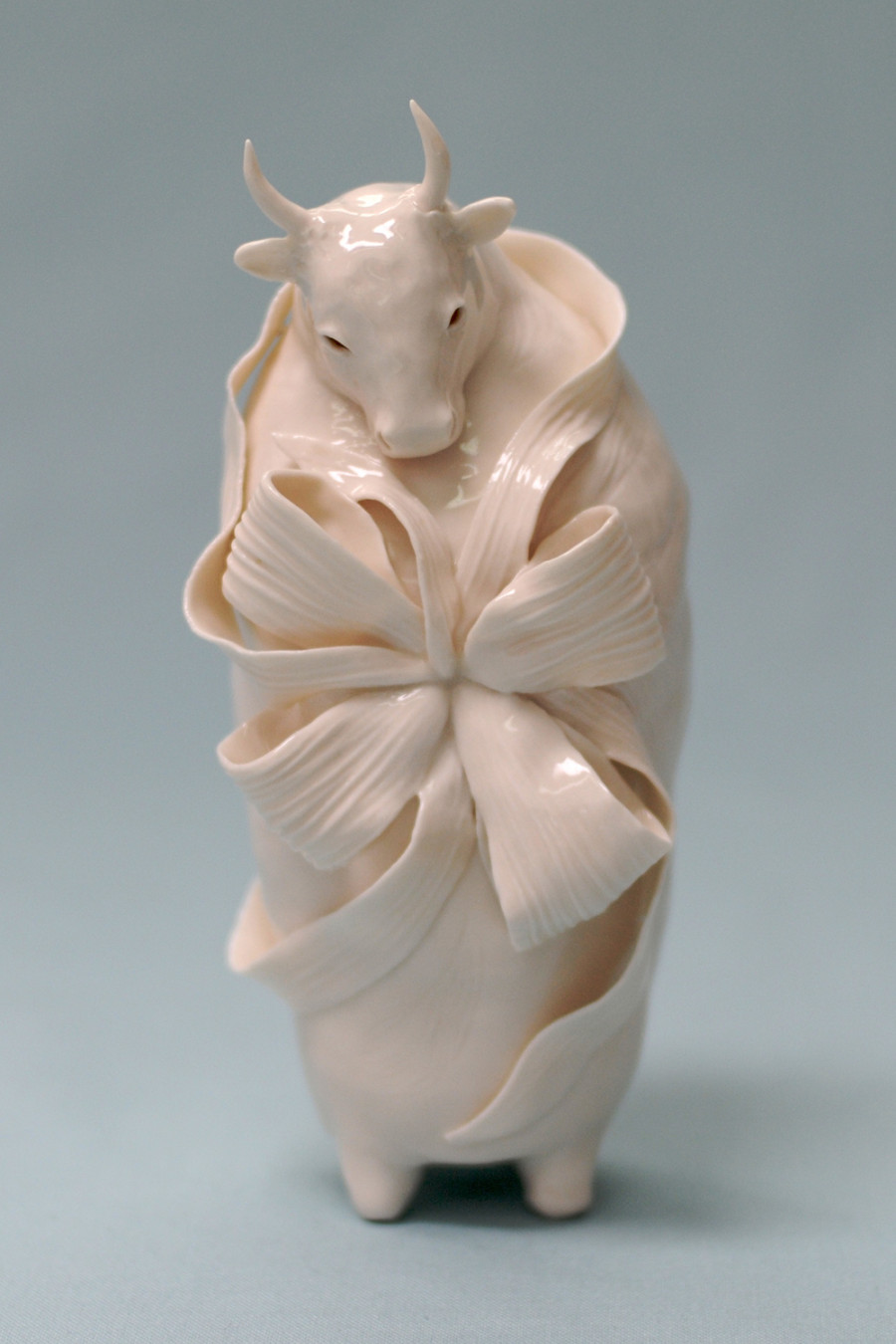