The mystery surrounding a cluster of glowing spots on the surface of Ceres, a dwarf planet in the asteroid belt between Mars and Jupiter, was highlighted Wednesday when NASA released the highest-resolution photo of the spots ever taken: 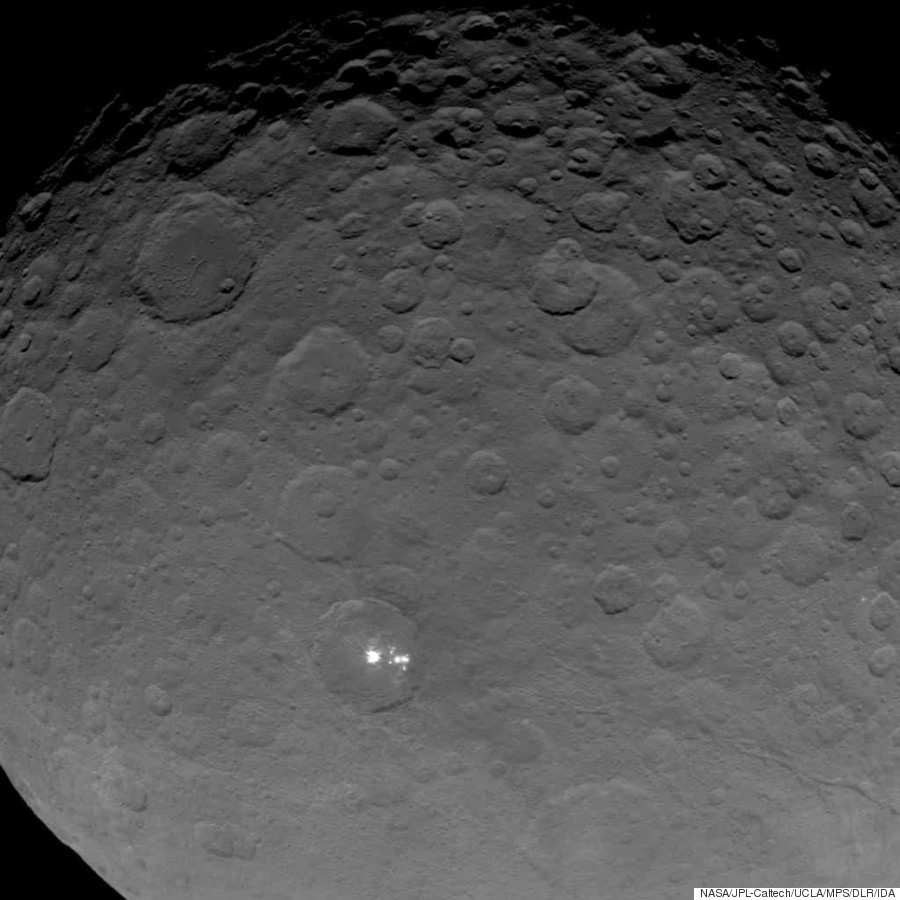 NASA's Dawn spacecraft captured the image on May 16, as it was orbiting 4,500 miles above the planet's surface. It had entered orbit on March 6. The space agency says the crater that harbors the bright spots is about 57 miles wide.

Scientists have been aware of the phenomenon since the Hubble Telescope captured images of Ceres in 2004. As the resolution of the photos taken has increased, so too has the curiosity of astronomers.

Current theories to explain the spots include ice -- potentially exposed by the impact of another celestial object, or perhaps spewed out by some sort of icy volcano or geyser -- or salt deposits.

"We have these bright spots that have the reflectivity of ice, and whose spectrum of reflected light is similar to that expected from ice. So ice is a good bet," said UCLA astronomer Christopher Russell, principal investigator for the Dawn Mission, in an email to NBC News.

"How is the ice getting to the surface, if it is ice?" Russell continued. "Is it coming out as a water/ice volcano and making a mountain of ice on the surface, or is there a hole there which has dug down to ice or water? And what is causing all the little bright spots near the big bright spot? We are sure there is some logical explanation for all this, but for now, we are just scratching our heads."

NASA notes that if Ceres' makeup is just 25 percent water, it may have more water "than all the fresh water on Earth."