Those weird bright spots on Ceres just got... even weirder.

NASA on Wednesday released new photos of the dwarf planet, which sits between Mars and Jupiter in our solar system's asteroid belt. The images show the faraway world's cratered surface -- and a mysterious cluster of glowing spots -- in sharper detail than ever before.

The spots have puzzled scientists ever since they were first spotted in 2004. No one knows what they are or where they came from. 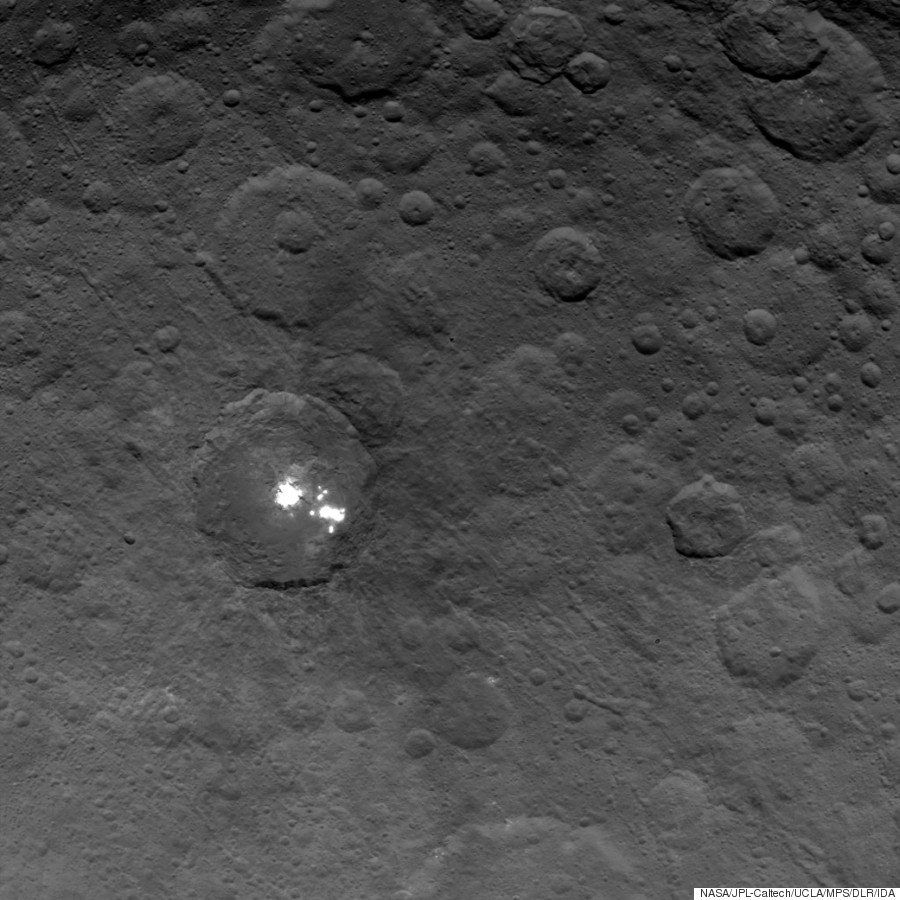 The brightest spots on dwarf planet Ceres are seen in this image taken on June 6, 2015 by NASA's Dawn spacecraft.

"The bright spots in this configuration make Ceres unique from anything we've seen before in the solar system," Chris Russell, principal investigator for the Dawn mission at the University of California, Los Angeles, said in a written statement. "Reflection from ice is the leading candidate in my mind, but the team continues to consider alternate possibilities, such as salt. With closer views from the new orbit and multiple view angles, we soon will be better able to determine the nature of this enigmatic phenomenon."

Will that closer look finally explain the mysterious spots? Scientists are crossing their fingers.