Chad Ochocinco is on a roll this year. His 639 receiving yards are good for 7th in the AFC and his Bengals are 6-2, fresh off a big win against the Baltimore Ravens. (And he was named a HuffPost Game Changer.) But Ochocinco has also successfully executed a fantastic series of pranks. Before last week's game, he sent gift baskets with deodorant to Ravens defensive backs, "so they don't sweat." During the game he jokingly tried to bribe a referee during an instant-replay review.

Earlier today, however, Bengals coach Marvin Lewis ordered him not to send mustard to the Pittsburgh Steelers defenders who will be guarding him this Sunday. But the day wasn't a complete flop for Ochocinco. His latest stunt is a faux NFL bylaw, which he claims "somehow gets overlooked." "Rule #1059" reads:

It is against NFL policy to cover Chad Ochocinco man to man. It has always been a rule but with the events of last year we must have forgotten who he was. Please note that he is still the most uncoverable receiver in the league. This rule is for the safety of embarrassment to all defensive backs. 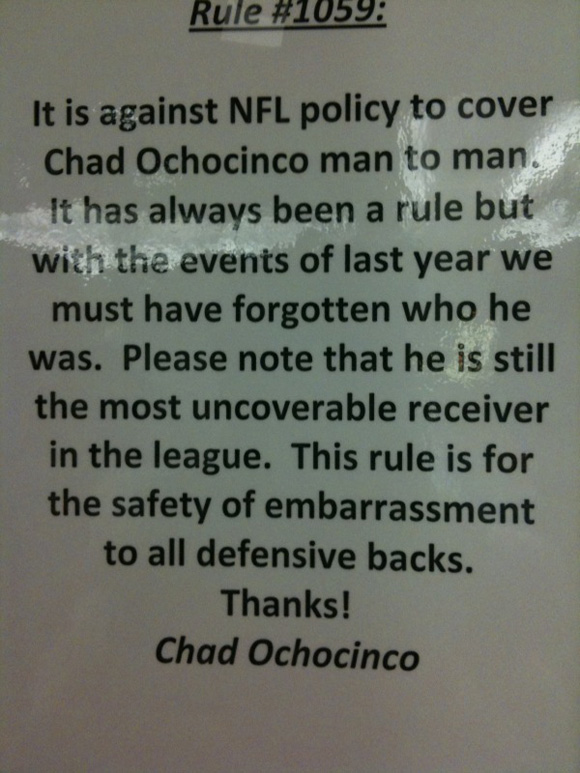