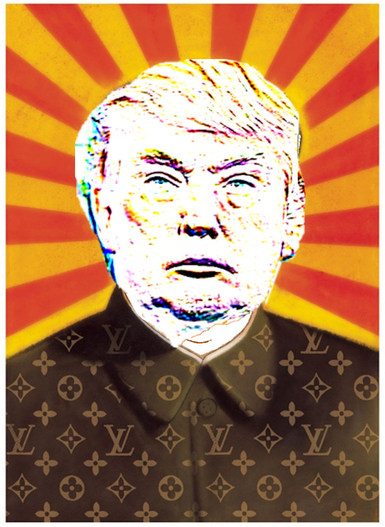 LHASA, TIBET.* On this morning after Donald J. Trump made his first entrance into the Republican National Convention in a scene that made it look like he was descending to us from heaven, the thoughts of one who has recently been on a trip in China and its subjugated territory of Tibet turn to a consideration of the Trump phenomenon in the light of China's past and present. 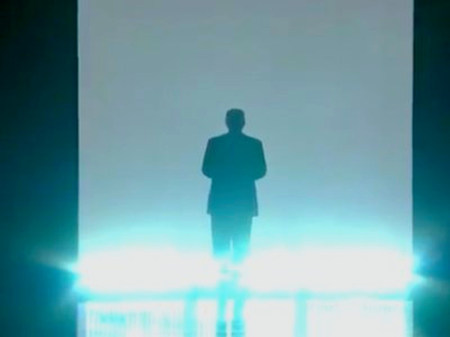 In occupied Tibet, which is crawling with Chinese military and police forces that spy on, control, and discriminate against a people and their religion, one cannot help but think of Trump's venomous speeches denouncing Mexicans and Muslims, and his calls for increasingly barbaric methods of torture ("make yourself tougher. Because they can chop off heads, they can drown people in steel cages, right? They can put people in steel cages by 25 and 50 people and drop them in the water and pull them up an hour later and we can't waterboard?"), and for using violence against those who oppose him: "I'd like to punch him in the face," "I love the old days . . . they'd be carried out on a stretcher, folks," "knock the crap out of him," and so on. 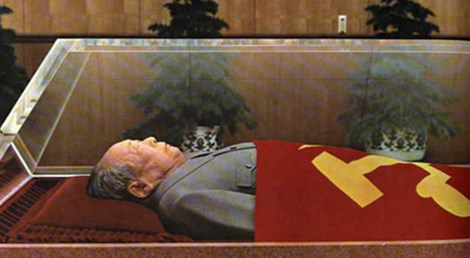 During our trip, a lead story in the International New York Times asked whether Trump's success indicates the rise of fascism in America. Wherever one might come down on the fascism question, it is certain that Donald Trump is no more communist than is China today. Yet filing past the preserved body of Chairman Mao Zedong in his mausoleum on Tiananmen Square, an American thinks of certain commonalities between the late Chinese dictator and the would-be American leader. Chairman Mao's slogans desecrate historical sites; his picture appears on all denominations of Chinese currency. Trump's penchant for putting his name in large letters everywhere he can is well known. Plainly, both men made themselves the focus of cults of personality.

Donald Trump is, as Mao Zedong was, unquestionably possessed of a textbook case of megalomania, the dictionary definition of which sounds as if it were written by someone analyzing Mr. Trump: "a mania for great or grandiose performance; a delusional mental disorder that is marked by feelings of personal omnipotence and grandeur." In March, Trump said that he speaks mainly with himself, "because I have a very good brain and I've said a lot of things." Recently he again made it plain that he "sees himself as his own chief adviser."

During the Cultural Revolution in the 1960s, Mao claimed to possess super-human qualities and was called the Great Teacher, the Great Leader, the Supreme Commander and, most memorably, the Great Helmsman. He also demanded "boundless loyalty" to him, his thought, and his "line." All of this marked Mao as a megalomaniac. No one who has observed Donald Trump can seriously doubt that he would like to claim similar titles and loyalty for himself. Like Mao, he expects his "people" to follow him and his "line" without question, even as he reverses and contradicts what he has previously said. 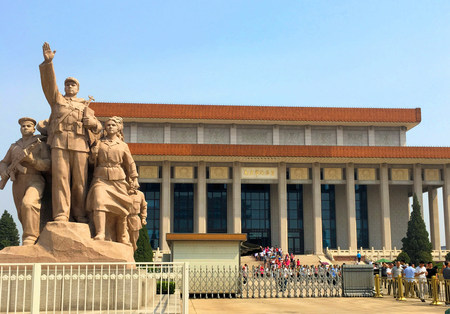 Trump has repeatedly expressed admiration for such "strongmen" as Vladimir Putin ("In terms of leadership, he's getting an 'A'"; "He's running his country and at least he's a leader"), Kim Jung-un ("you've got to give him credit. . . . he goes in, he takes over, he's the boss. It's incredible") and Saddam Hussein ("He was a bad guy -- really bad guy. But you know what he did well? He killed terrorists. He did that so good. They didn't read them the rights. They didn't talk. They were terrorists. Over.")

Trump's practice of creating and endlessly repeating childish derogatory names for his opponents echoes that of Mao, who was a vicious name-caller of people with whom he fell out. In 1966, he denounced top former ally Liu Shaoqi as "a renegade, traitor and scab . . . a lackey of imperialism," and, most unforgettably, a "great poisonous weed"--which clearly trumps such Trumpisms as "Little Marco," "Lyin' Ted" and "Crooked Hillary."

None of this is to say that Trump, were he to become president, would behave as Mao--the undisputed world heavyweight champion in mass murder--did. Mao was able to exercise complete, unrestrained power. While it is apparent that the presumptive 2016 Republican nominee would love to have such power, he would, if elected, have to operate within a long-established constitutional system of checks and balances.

The greatest difference between these two megalomaniacs is that Mao Zedong had an ideological belief--a vision of a perfect society that he would create. Trump has no such ideology; he doesn't give a hoot about advancing the proletariat or anyone else but Donald J. Trump. 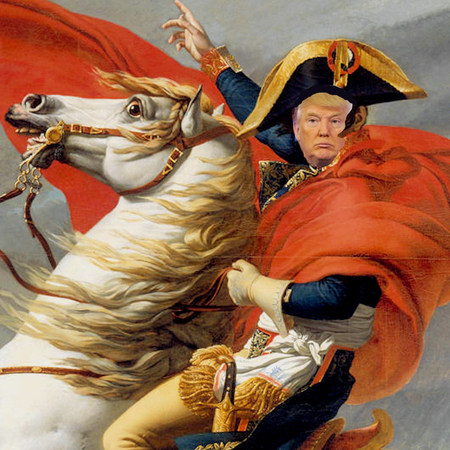 The answer seems to be that the former (think of Pol Pot as well as Mao) are more casual about mass murder and suffering as means to the utopian ends they envision. But the self-aggrandizers have often shown themselves to have a capacity for much evil. Let us take one example. Though he claimed to be the Son of the French Revolution and he institutionalized some of its achievements, Napoleon Bonaparte was far more intent on advancing himself than he was on promoting any ideals. Identifying himself with the nation, Napoleon in essence pledged to "Make France great again." Approximately two million people died in the process. In 1804 Napoleon made himself emperor, taking the crown from Pope Pius VI and placing it on his own head, indicating that his power came entirely from himself. Who doubts that Trump would want to do the same? 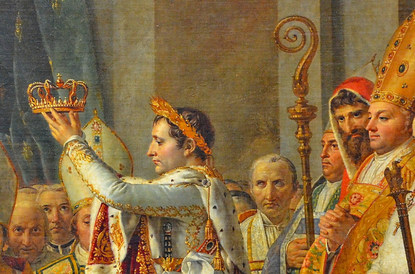 The disasters they caused did not prevent these two different types of megalomaniacs from being revered by their people after their deaths. Mao's body lies in its Beijing mausoleum to be worshipped by the Chinese faithful. Napoleon's remains rest in a marble sarcophagus in his grandiose Paris tomb, surrounded by bas-reliefs of his battles, situated like the Stations of the Cross. 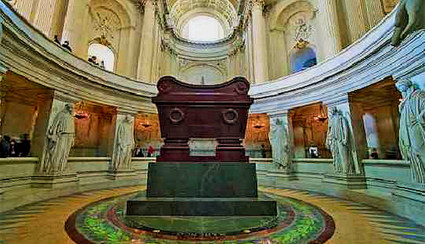 It's not hard to envision a huge golden mausoleum celebrating the horrors of a Trump presidency.

* - This piece was written in Lhasa, with a few revisions made since my return.

{Robert S. McElvaine teaches history at Millsaps College and is the author of ten books. He has just completed a draft of his first novel, "What It Feels Like ..."}