Occupy protesters were able to chalk on the sidewalk in peace during LA's Downtown Art Walk Thursday.

In comparison to Occupy LA's first Chalk Walk, or "Chalkupy" last month, when a near-riot broke out and 17 people were arrested, this chalk protest was calm.

Two people were arrested for an outstanding warrant for a prior vandalism and another for battery, but there were no arrests for unruly behavior, the Associated Press reports.

However, the Los Angeles Times reported that one of the arrests was of an Occupy LA member who assaulted an Occupy Oakland member after the Nor Cal protester criticized the quality of the LA man's chalking. Occupy Oakland activists had come down together in a bus to particpate in the protest.

Because of the arrests last month, there was a strong police presence at this art walk, an event which draws thousands of art-viewers downtown each week.

There were over fifty protesters, and they were confined to Pershing Square, unlike last month's protest when people chalked on streets within the boundaries of Artwalk. Occupiers said they were chalking to demonstrate their right to free speech and to support people previously arrested for chalking on sidewalks.

Check out some Chalk Walk photos from last night:

PHOTO GALLERY
Chalkupy At The Downtown Artwalk
Download
Calling all HuffPost superfans!
Sign up for membership to become a founding member and help shape HuffPost's next chapter
Join HuffPost 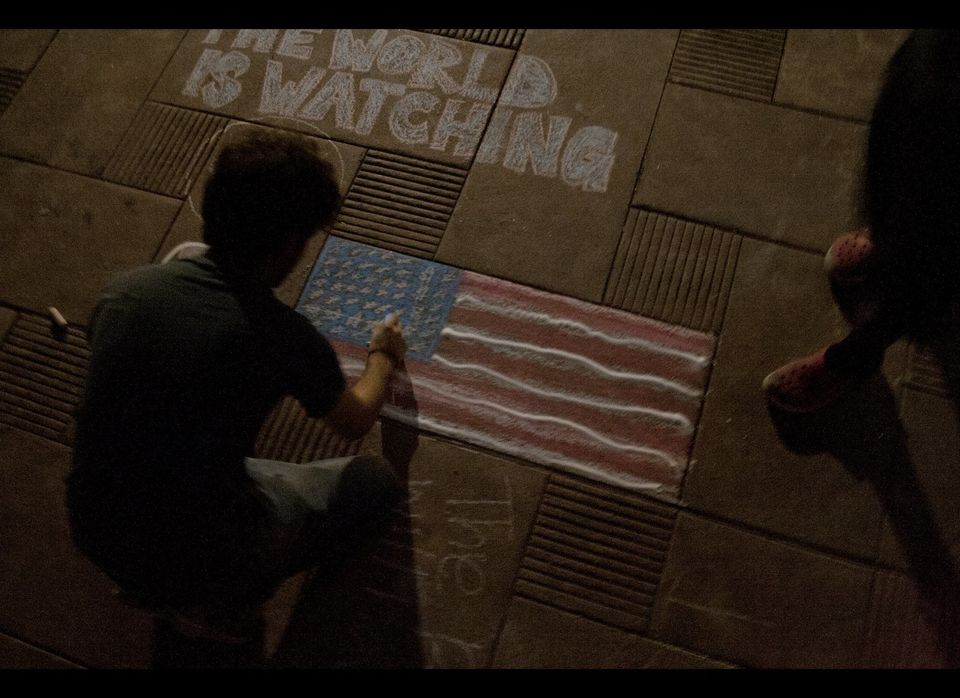