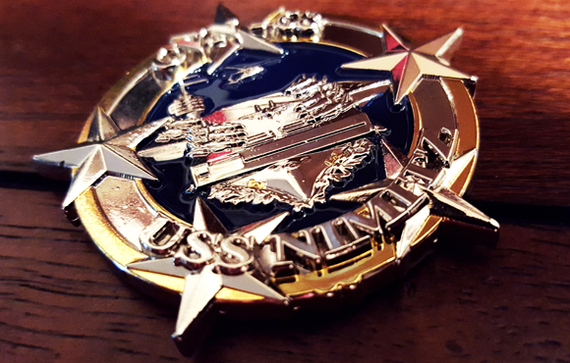 Challenge coins are a symbol of hard work and a job well done. They are physical proof of achievements in a soldier's life. Each one has a story behind it. What they did and had gone through to earn it.

A higher commander in US military has a supply of them at all times, whether at headquarters or in the field.

Whenever a soldier gives out an outstanding service or performance of duty, he is rewarded by the commander on the spot.

The event of handling a challenge coin is brief and subtle like an ordinary handshake which often goes unnoticed by others. It is their way to build a personal bond, spur pride and create a feeling of loyalty in the company. 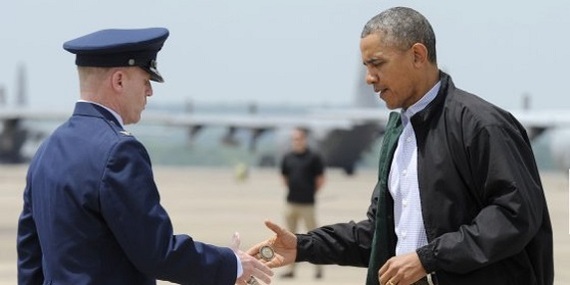 Commanders at platoon level are known to purchase these coins from their own pockets so it does not necessarily represent an official medal.

Soldiers who go beyond the call of normal duty to perform at headquarters or in the field are considered for an official award or medal. But they are also often handed out with a challenge coin by the commander as a personal token of appreciation for their hard work.

Different military units have their own unique customs for challenge coins. They can be handed as a nod of gratitude and appreciation or a deep personal connection or even to build a common bond among soldiers on a deployment.

US AirForce holds a Coin distribution ceremony for its cadets upon graduation. For most of the Airmen this is the first time they receive a Challenge Coin. And it is like a tradition of excellence.

For war heroes, US military organizes a salutation event wherein all soldiers are presented with challenge coins and other certifications. One of the recent such events was a presentation of challenge coins by high ranking Military Officers to war heroes of Iraq and Afghanistan.

At deployments, the commander of a company or platoon often gives one Challenge coin to each soldier. It is like building a bond among all those who served together in a brotherhood. No one outside of this company gets that unique coin.

It ties them to the experience for the rest of their lives.

As soldiers advance in their careers, they keep getting these little awards for their outstanding job performances. They value these coins throughout their lives and make sure to showcase the ones that mean the most to them.

All retired officers or senior noncommissioned officers have their huge collection of Challenge coins which they proudly showcase in their offices or at home. They often build custom furniture to display the coins they have acquired over the years of their service to Military. For example, in a presidential portrait of former president Mr. Bill Clinton's, he is posing in front of his collection of challenge coins. 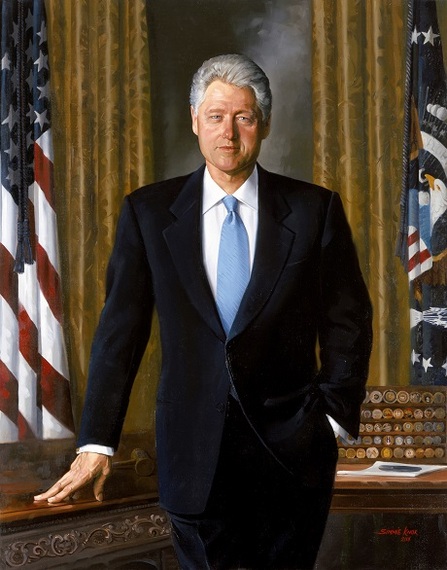 The tradition has now spread across many different institutes and departments apart from Military, including fire, law, police, spots and even NASA. A challenge coin is now recognized as a physical proof of achievements and hard fought relationships. It is believed to build unity among a team that also promotes morale along the way.

Why is it called a Challenge Coin

Military has a tradition of carrying their unit's challenge coin at all times specially for those who have been given a coin formally by their unit. This rule is not always official depending on the different departments.

Who designs the Challenge Coins

Unlike old times, when each Military unit designed unique coin reflecting their forte, now anyone can design a coin and sell it online. Even military officials now get these coins designed by different services providers online and get them manufactured with private imprints.

The design process is usually informal since officers have their own personal budget for these and there is nothing official about getting a challenge coin designed in US military. They are also not very expensive to design and produce.

For example, when the US Air Force celebrated its 60th anniversary in the year 2007, they decided to add to the celebration by minting a special challenge coin. They assigned the task to a Minted Service retailer to design a perfect theme of Heritage to Horizon, a representation of the official 60th anniversary symbol on the obverse and a World War II-era flying ace on the reverse.

Each new design is created in view of the strengths, skills and specialty a unit wants to be perceived. There is a level of hierarchy with these coins just like in military. Like the higher grade officers do not commonly offer coins to soldiers but to the Commanders. These coins are more valuable and hard to get. So the design and metal used are essentially more expensive. The challenge coins offered by the Chief of Naval Operations or the president of the USA are elite and exceptionally rare.