Remembrances marking the 30th anniversary of the Space Shuttle Challenger disaster poured in Thursday as people recalled where they were when they learned that the shuttle's seven crew members had perished.

Many of the nation's schoolchildren watched live coverage of the widely anticipated launch.

President Ronald Reagan postponed the State of the Union address planned for that evening and instead spoke to the country in a stirring address.

"We will never forget them nor the last time we saw them -- this morning -- as they prepared for their journey and waved goodbye, and slipped the surly bonds of earth to touch the face of God," he said.

Reagan also reminded the nation's schoolchildren the price of discovery: "The future doesn't belong to the fainthearted. It belongs to the brave. The Challenger crew was pulling us into the future, and we'll continue to follow them."

Two years after the disaster, NASA was accused of trying to cover-up the details of the crews' death, claiming that they likely died instantly rather than upon on impact when the intact cabin crashed into the Atlantic Ocean.

McAuliffe's husband, federal judge Steven McAuliffe, told The Associated Press in a statement that the "Challenger will always be an event that occurred just recently. Our thoughts and memories of Christa will always be fresh and comforting."

On Thursday, retired astronauts, politicians and others remembered the fateful day in 1986.

CLARIFICATION: An earlier version of this article indicated the crew died instantly. This story has been updated to indicate that fact is disputed.

Also on HuffPost: These Are The Most Heartbreaking Images From The Challenger Disaster 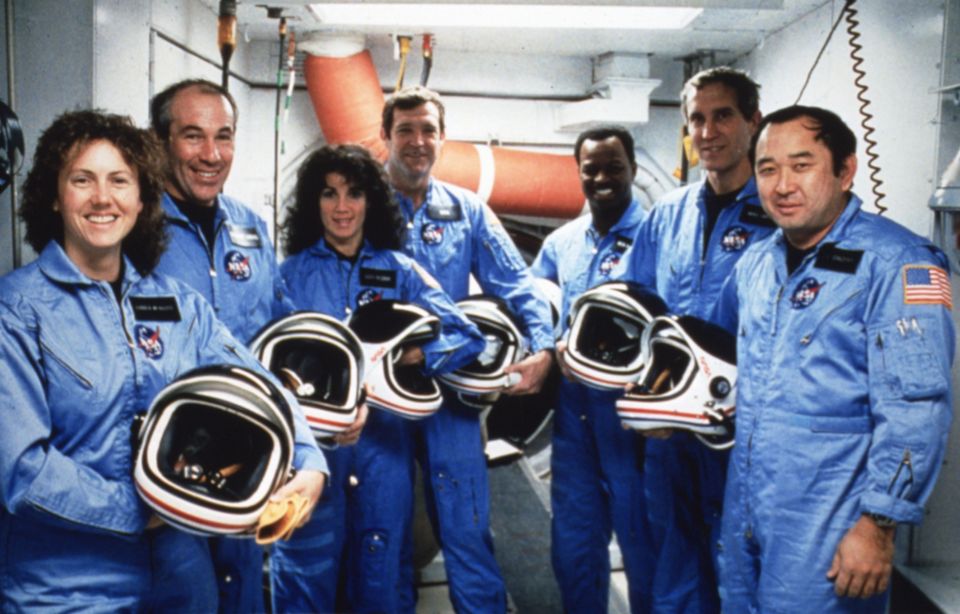