Aisha is a 20-year-old college sophomore. Born and raised in New York. She is smart, funny and as full of life as a young girl can be.

I found her crying at the office the other morning. The girl who makes everybody laugh with her witty comments and jokes is usually only seen crying as a result of laughing hard, was sobbing. I was in shock.

Someone had harassed her while driving to work and yelled, "Go back to your country." Since she was wearing a hijab and driving her father's old SUV, the unlucky incident reminded us of a Jeep commercial aired during the Super Bowl last week. The ad showed a Muslim woman wearing a headscarf. It is set to the American folk song "This Land is Your Land," and starts with views of landscapes across the US, then goes to different scenes around the world. There was instant backlash against the car company on Twitter that day from conservatives who objected to the inclusion of a Muslim woman in a hijab. We wondered if that was the inspiration for Aisha's harasser.

At first I thought maybe Aisha was overreacting to a random idiotic bully, but after listening to the story of the unhealed wounds she inherited from her family my perspective changed."

"We are home," Aisha told me. That's what her mother always told her. Aisha's mother is a Palestinian-born American citizen, who for much of her own life has experienced exclusion in one form or another. In Israel, the land of her birth, her Palestinian ethnicity made her a second-class citizen. Then her parents moved to France, but she felt like she was permitted to survive but not to thrive there and never felt as if she belonged. Eventually, she found comfort after marrying her American-born Pakistani husband and moving to the US. 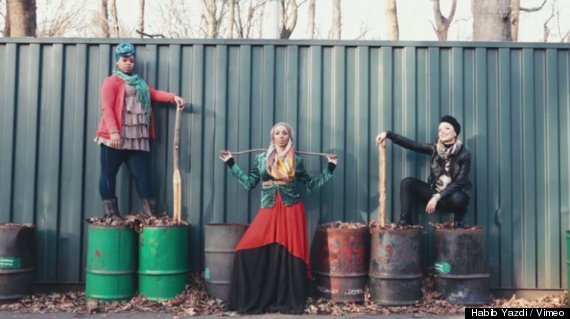 There are lots of Aishas I assumed. Bigotry is everywhere. Just look at the response by some to Clint Eastwood and Bradley Cooper's "American Sniper," a movie about a superficial hero whose task is just to kill Muslims. It has become the number-one war movie of all time and was nominated for six Oscars. Meanwhile, according to the American-Arab Anti-Discrimination Committee, threats to Arab and Muslim Americans have tripled since the film came out.

On the other hand, some people strongly believe that Islam encourages violence because of the many recent attacks by extremist Muslims. Muslims have been and will truly be easy targets as long as horrible people commit terrorist acts in the name of Islam. Continuing to do so offers cover for anti-Muslim bigotry. Since 9/11, we Muslims have been living under a microscope in the US.; we have been through ups and downs for years and yes, once again, after the Paris attack, we are walking on eggshells. We are uncomfortable and disturbed about the ridiculous questions and comments we have been receiving from non-Muslims.

Critics claim that Islam is inherently violent and to prove their point, they mention the "Sword Verse" (Surah 5:9) in the Quran. It is really wrong to pull out the verses from their historical context and build a new jihad philosophy on top of them, but unfortunately that is what it is happening nowadays. This Sword Verse has been used as a tool by extremist groups like al-Qaeda and the Islamic State in Iraq and the Levant (ISIL), who defend the belief that Muslims killing non-believers is a sacred duty. Killing in any form is not acceptable in Islam, and calling it a sacred duty is just sick.

Yet, we have to accept that extremism is really rising. Remember, at the same time that 12 people were killed in Paris, 2,000 Muslims were also killed in Nigeria by extremists and the most recently, ISIS proved that it doesn't have anything to do with Islam by inhumanly burning Moaz al-Kasasbeh, the Muslim Jordanian pilot.

The latest bloody picture openly shows us that extremism is not only a threat to the Western world, or non-Muslims, but also to Muslims. Putting all the blame on Islam and then asking, "How do you feel as a Muslim about the situation?" is not fair.

Farah Pandith, a former special representative to Muslim communities for the US State Department currently writing a book on Muslim Millennials, calls extremism a "generational problem." At a press conference shortly after the tragic Charlie Hebdo attack on Jan. 9, she pointed out that jihadists are targeting young people and that "62 percent of 1.6 billion people are under the age of 30." Pandith emphasized that young Muslims have serious identity problems, feeling the pressure of being "the other" and trying to stop injustice in society -- and because they have very limited knowledge of the Quran they use the Internet to learn more about Islam and become bait for extremists. Basically, because they don't know much about the Quran, they are naive enough to take a verse out of context. Pandith also stressed "ISIL and al-Qaeda are building their armies with recruits," something that has to be stopped.

While all this bigotry continues and some claim that there is serious radicalization taking place amongst American young people, some experts strongly disagree with that view. "The number is miniscule based upon number of convictions post-9/11," Khurrum Wahid, a criminal defense attorney and human rights advocate based in Miami, told Huffington Post. "Some cases have been convictions based almost entirely on unpopular speech..." he said

Nuance matters. Wahid explains in socio-psychological content that some young Muslims, who already feel excluded socially as a result of how they are treated, get curious about the the word jihad that they hear so often from the news. Yet, when they go to their masjid they are not allowed to talk about it because of a fear of being misunderstood: "There is real friction going on in mesjid boards nowadays," Wahid says, "because when it's not discussed in the mesjid-- in a safe environment--young people go to the internet. Those that I would call radicalized are the few that have focused almost solely on the area of jihad as it pertains to rules of engagement. It's an area that has extensive writings and would be impossible for a non-scholar to navigate as it is very context driven." He goes on to say, "Government conduct plays some role in reacting to these actions. I feel many cases are based upon informants who prey on these young people who are exploring these scholarly works. Some are already going off the rails some are lead there by informants and provocateurs." 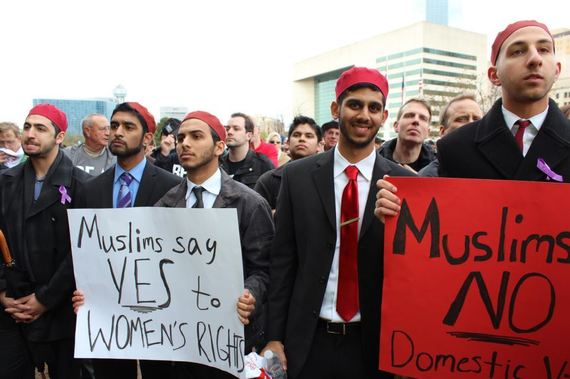 So while it's the policymakers' responsibility to reach out to those young people, some sociological changes are also needed in society. However, lawmakers should be extra cautious and sensitive to the current situation, being sure not to add fuel to the fire. Apparently, some of them are not. Republican elected officials consciously nurture that hate with provocative comments about Muslims. The most recent one was Texas State Representative Molly White's unfortunate anti-Muslim Facebook post last week. Examples are already numerous but the situation may become worse for American Muslims in the near future. "For Republicans, Muslims will be the gays of 2016," claimed Dean Obeidallah in his Daily Beast article, explaining, "Now that Republicans realize that the fight over gay marriage is over, they're pivoting back to the old reliable: Muslims... As 2016 approaches we're going to see even more of it as candidates try to outflank one another."

We don't know what the coming days will bring, but it feels like there will be many problems because of ignorance and lack of dialogue. The mission of a politician is to embrace everybody in society, not leaving anybody out. Current and future politicians must avoid provocative remarks if they want to see this achieved.It shouldn't be forgotten that the Muslim minority is a part of the American community and the idea that "Islam is not compatible with American values" is wrong. "It is bigoted and stems from lack of exposure to Muslims." says Khurrum Wahid, who emphasized that it is really partly the fault of Muslims. "We need to be less insular and get to know our elected officials, especially the more ignorant ones," he concluded.

Further more, Amanda Quraishi, on the other hand, a New Media strategist, agreed with Wahid's idea that Muslims should play an active role in fighting the lack of knowledge about them. She encourages Muslim Americans to use social media to express ideas. "Social media is the most democratic form of media in the history of the world. Anyone with access to the Internet is able to use any number of free platforms to communicate to a virtually unlimited audience," said Quraishi to Huffington Post. "As a minority -- 1.5 percent of the total population -- with limited resources, Muslims can proactively use social media to introduce our fellow citizens to our vibrant community and share the valuable contributions we make in all areas of American society," she says.

America should know by now that exclusion and displacement of any kind can build to a crisis among people, a danger that can be best avoided with open dialogue, tolerance and justice. That exclusion, alienation and misrepresentation play a big role in both the hostility shown Muslims and the allure of extremism. It must change first to change the rest. Nothing is more dangerous for society than situations where some members feel they are being denied a sense of belonging.

It's about time for some Americans to admit that they don't see themselves the way others see them. More importantly maybe they don't even care to understand how they are seen. They promote principles they do not keep, and don't put their moral values into practice. This attitude makes them do hateful things but then express confusion when people react with revulsion. If they continue to ignore the humiliation, pain, anger, and sorrow of others, nothing will ever change. In the interest of a better tomorrow, the land of the free should extend its core values of liberty, equality, and solidarity to all.