Warriors win it all! Warriors win the championship! I still can't quite fathom that Golden State actually finally won the title. But they did. Hallelujah.

After living in the Bay Area for 23 years and suffering most of the time as a Warriors' fan, the Dubs finally won the trophy. After watching Mo Peterson drain a last second shot 15 years ago and Toronto complete a 20-point comeback to defeat the Warriors in overtime, my kids and I felt awful. Another time, my son and I had a charity event pass to see the press conference against the Trail Blazers. Portland was up 42-19 at the end of the first quarter. The Warriors lost so badly that the then-coach Dave Cowens canceled the press conference at the end of the game. We felt empty and embarrassed. Baron & Co. gave us hope in 07-08. And then tonight, the incomparable Steph Curry led a real team to the title. Hallelujah again.

Three things really stand out to me as to why this team won. First was Steph Curry and Klay Thompson coming together after playing for Coach K and the U.S. National Team in the World Championships last summer. Klay was the second leading scorer of that team and the two gained a toughness that carried the Warriors throughout the season. Second, the management committed to winning and they delivered. They hired Jerry West (who reportedly threatened to quit if they traded Thompson for Kevin Love), made excellent draft picks (Curry, Klay, Green, Ezeli), picked up good free agents (Livingston, Barbosa), made great trades (Iguodala, Bogut) and maybe most of all, chose Steve Kerr to coach after firing Mark Jackson. Plus, the team was healthy almost the entire of the season. And lastly, but maybe the most important reason Golden State won, was because of my main man Draymond Green and his toughness.

Steph was deserving of the MVP during the regular season and he is as incredible as he is entertaining. But without Draymond, this team doesn't bring home the bacon. While Andre Iguodala was earning the Finals MVP award, quite fittingly, Draymond had a triple-double (16 points, 11 rebounds, 10 assist and three steals) in Game 6. Green epitomized the unselfishness that characterized this team. He showed grit and hard work as well as representing what Coach Kerr trusted most: guys who could defend multiple positions and create mismatches for the opponent. So the turning point of the season might have occurred way back in November when two-time All Star and one time 3rd team All-NBA forward David Lee went down with an injury and 6'7'' Draymond Green stepped into the starting role. He never relinquished that spot after that. Kerr would say often, "I ask Draymond if he is tired. Whether he said yes or no, I put him back out there because we need him." He was the key to the Warriors turning the series around against Cleveland. Iguodala started instead of center Andrew Bogut in Game 4, but that was because Draymond could cover the other team's center! Green has amazing anticipation and great court awareness to go along with his strength and jumping ability. I loved his game last season and with Lee's injury, Draymond was able to develop his whole floor game and confidence this season.

Give the Cavs credit for fighting hard and trying to make up for the loss of two of their All-Stars, Kyrie Irving and Kevin Love, who both got injured in the playoffs. Cleveland general manager David Griffin rebuilt this team mid-season and then remarkably, they made it to the Finals. And the best player in the world, LeBron James, was beyond incredible against the Warriors. He did everything humanly possible to lift his team, but in the end, the best team won. An example of their teamwork was the fact that Golden State had 28 assists to Cleveland's 14 tonight. Who knows what next year will bring, but for now Golden State is the champ and everyone in my house and in my city is as happy as can be about it.

I have enclosed photos below that I took of this incredibly memorable and fun season. Included are images of Warriors, LeBron, Dell and Riley Curry, Jerry West, and me and Hubie Brown at Game 5 of the Houston series. Congrats to the entire Warriors family and organization. Go Dubs! 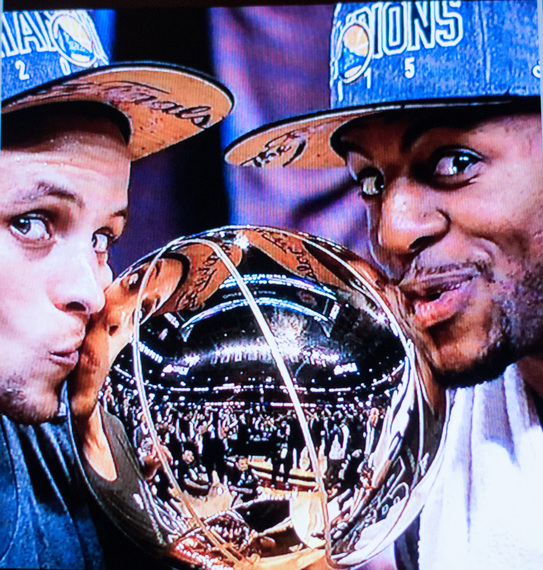 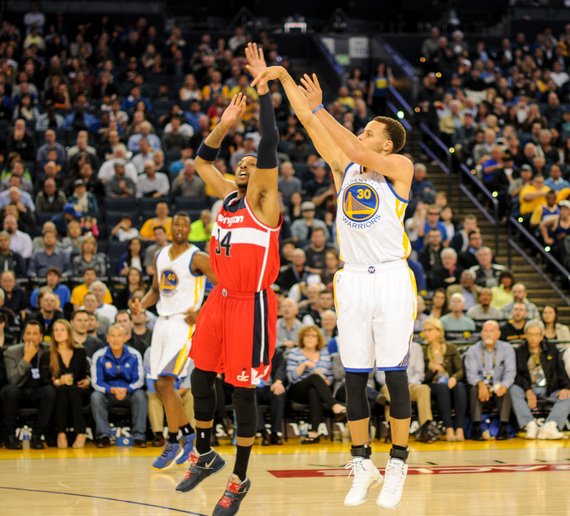 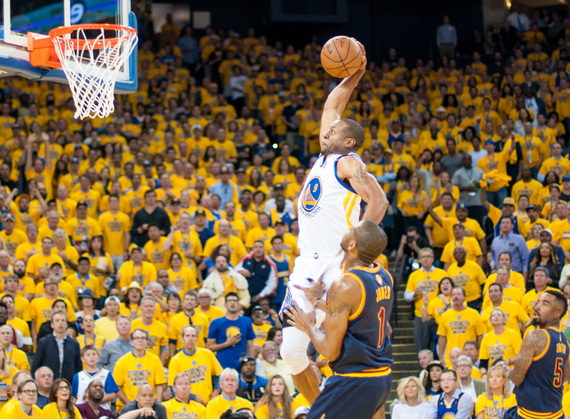 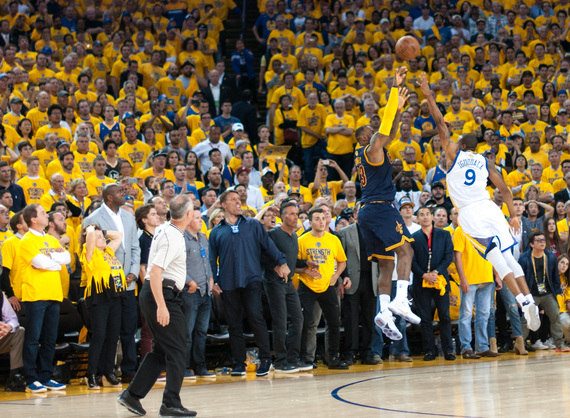 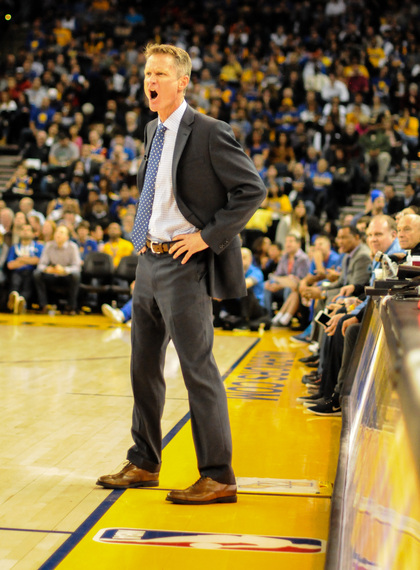 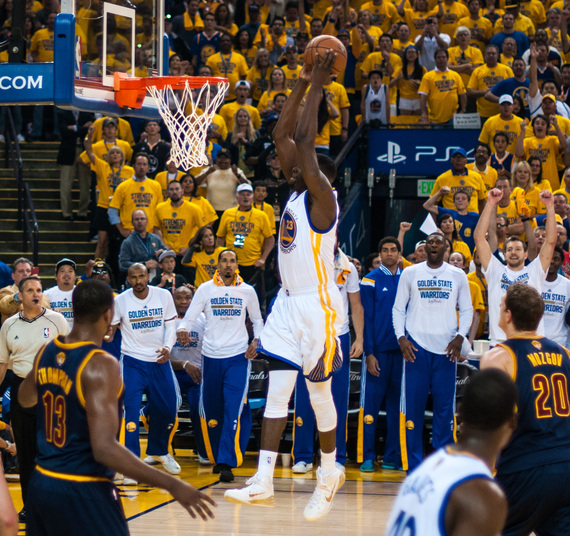 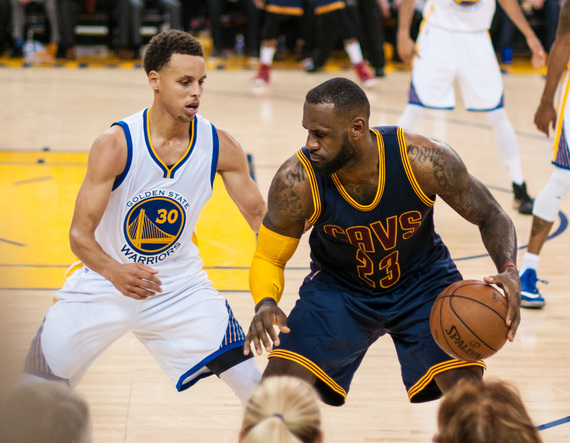 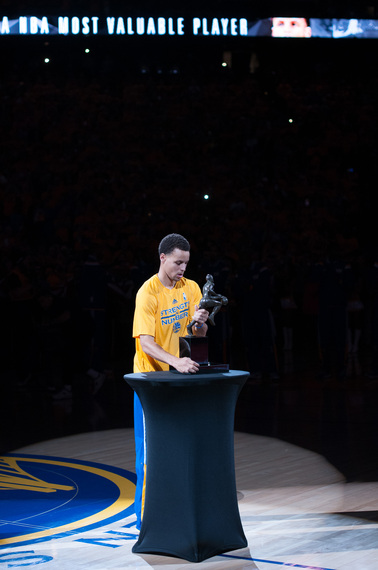 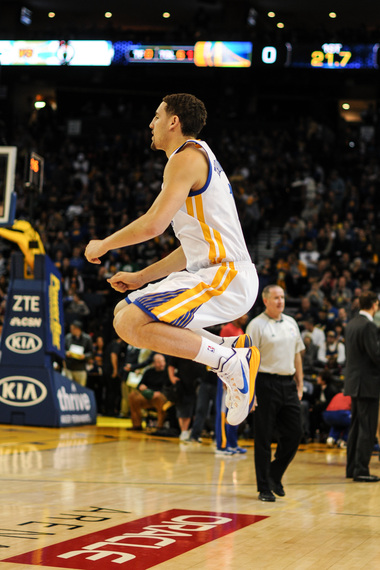 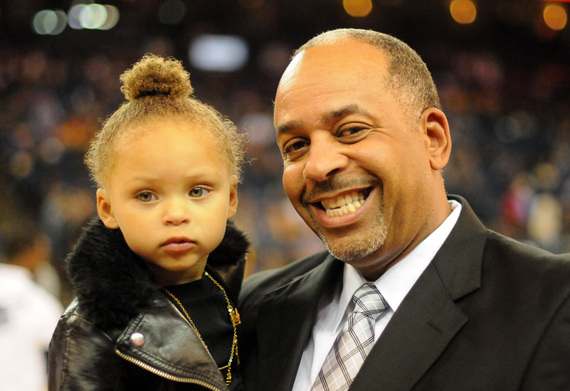 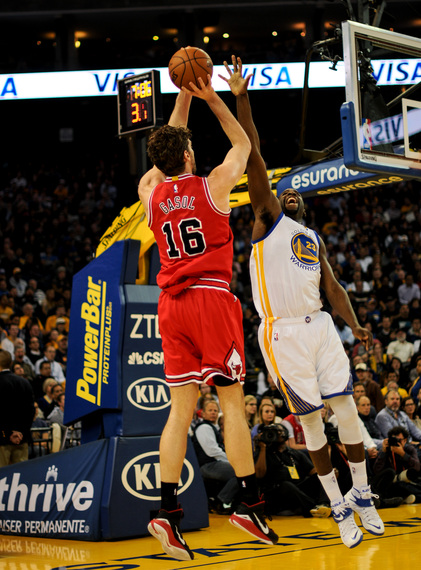 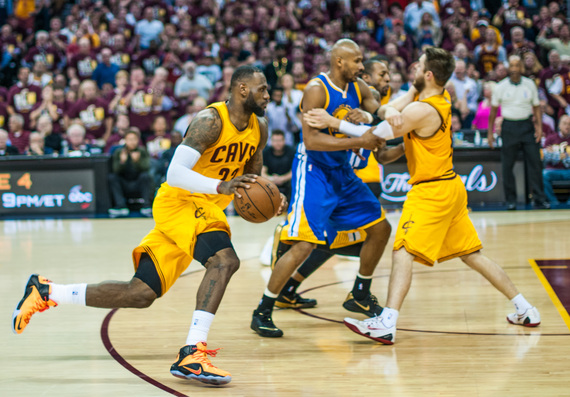 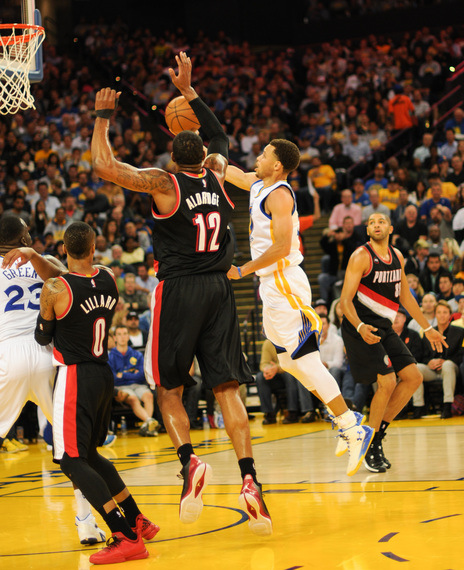 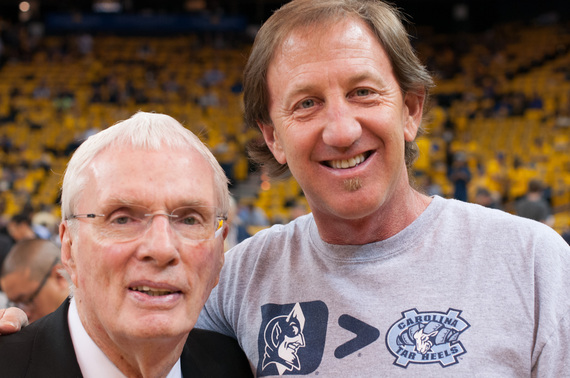 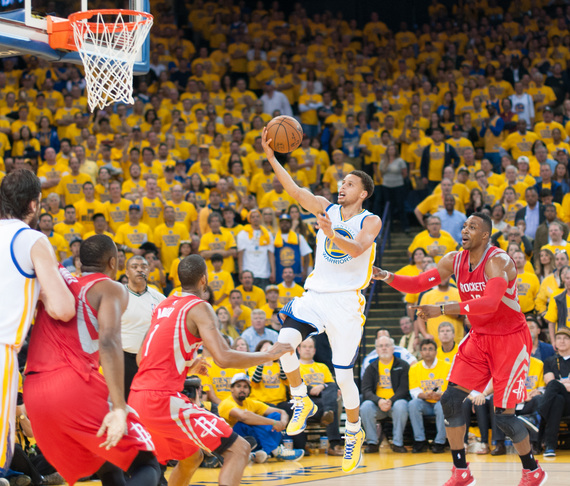 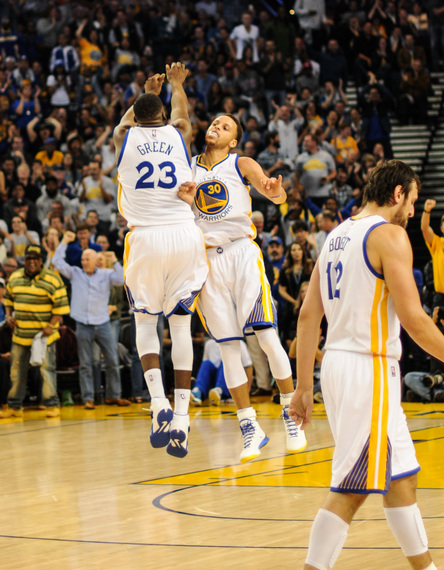 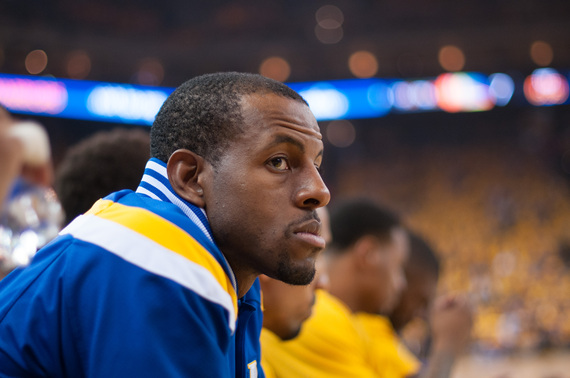 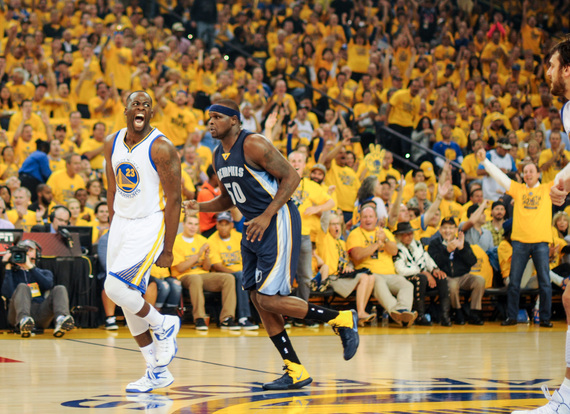 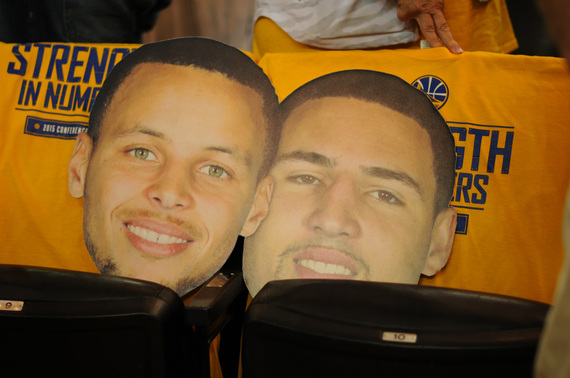