"I need to quit texting, because I could die in a car accident."

That was one of the final texts written by 21-year-old Chance Bothe before his truck plummeted off a Texas bridge and into a ravine. Bothe miraculously survived despite suffering brain injuries and breaking nearly every bone in his body, including his cheekbones, neck and skull. He also had to be brought back to life three times, reports WBTV.

This past Wednesday Bothe left the hospital after a six-month stay that included numerous reconstructive surgeries and intensive rehabilitation (he even had to learn how to speak again), according to ABC13. Though the incident took place January 24, only now is he able to discuss the crash.

"Don't do it. It's not worth losing your life," Bothe said of texting behind the wheel, per the Daily News. "I went to my grandmother's funeral not long ago, and I kept thinking, it kept jumping into my head, I'm surprised that's not me up in that casket. I came very close to that, to being gone forever."

As smartphones increasingly play a role in our lives, so too does distracted driving. Dr. Jacob Joseph from Bothe's rehabilitation program told the Daily News that the he is treating an increased number of patients injured because of texting on the road. "And unfortunately I don’t think we’re going to see a decrease in that anytime soon," Dr. Joseph said.

But driving under the influence of your phone isn't the only issue; pedestrians are also in danger. Recent security camera footage revealed a shocking incident in which a Philadelphia man fell onto train tracks as he distractedly walked and talked on his cellphone. (Luckily there were no trains headed his way, and the man escaped to safety.)

"If I had a kid 16 years old starting to drive, they could have a phone but the texting feature wouldn’t be on it," Bothe's father told KHOU.

Bothe believes one of his reasons for still being alive is to spread the message he learned all too well. "I still have things to do in this world," he said, as reported by KHOU. "I should tell everyone not to text message and drive."

Do you text and drive (or walk)? Have you ever had a dangerous experience because you or because someone else was distracted? Let us know in the comments section, or tweet your experience to us (@HuffPostTech). 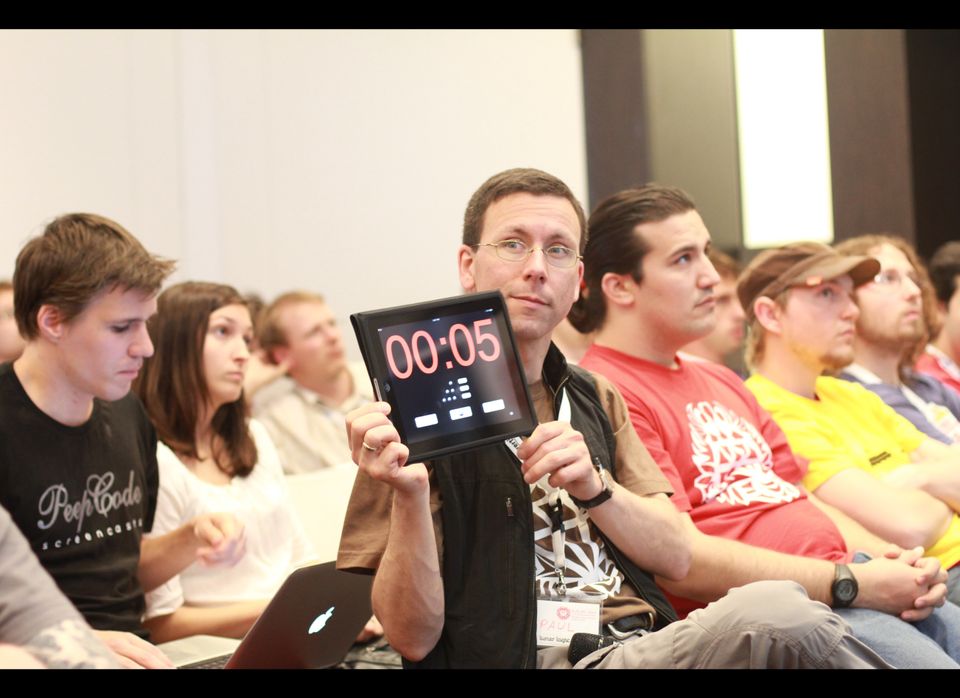 1 / 7
Monitor (And Restrict) Time Spent Online
Set an alarm on your smartphone or tablet to restrict computer time and induce offline breaks. Or, if you're using a Mac, try out <a href="http://www.gettracktime.com/" target="_hplink">TrackTime</a> to monitor how long you've spent using certain programs or apps -- it even tracks your iTunes listening habits. <a href="http://rescuetime.com/" target="_hplink">RescueTime</a> will also monitor how you're spending (or wasting) time online and help you get smart about how you browse the web, such as by highlighting inefficiencies in how you spend your day. If you are in need of something to keep occupied, try reading a book -- preferably not on an e-reader, but one of those paper thingies you remember from childhood. (<a href="http://www.flickr.com/photos/tlossen/4658086134/" target="_hplink">Image via Flickr</a>, Tim Lossen)
Flickr: tlossen