While Karl Lagerfeld has yet to face a full-on backlash, Twitter has already begun to buzz with commentary about Chanel's controversial decision to send the headdress down the runway. "Can't wait for the think pieces on that Chanel Native American headdress," one user noted.

The preemptive tweet is certainly not off base. Karlie Kloss' Native American-style headdress in the 2012 Victoria's Secret Fashion Show caused the lingerie brand to issue an apology and pull the look from the show's broadcast. H&M was also forced to pull a feathered headdress after offending shoppers earlier this year. Then, of course, there was that ill-advised Native American-themed "Dream Catchin" party Paul Frank put on before controversy broke.

Now, as the skeptical reactions to Chanel's headdresses on Twitter suggest, the industry is conditioned to anticipate this kind of fashion misstep. But the backlash thus far against Chanel seems to pale in comparison to previous instances -- perhaps there are those fashion fans who believe that, in this case, showcasing a Native American-inspired headdress is acceptable. What's your take on the catwalk homage?

UPDATE: Fashionista obtained a statement from Chanel: "Native Americans are an integral part of Texas' rich history and culture and the feather headdress, a symbol of strength and bravery, is one of the most visually stunning examples of creativity and craftsmanship. We deeply apologize if it has been misinterpreted or is seen as offensive as it was really meant to be a tribute to the beauty of craftsmanship." Do you think this makes Chanel's choice any less controversial? 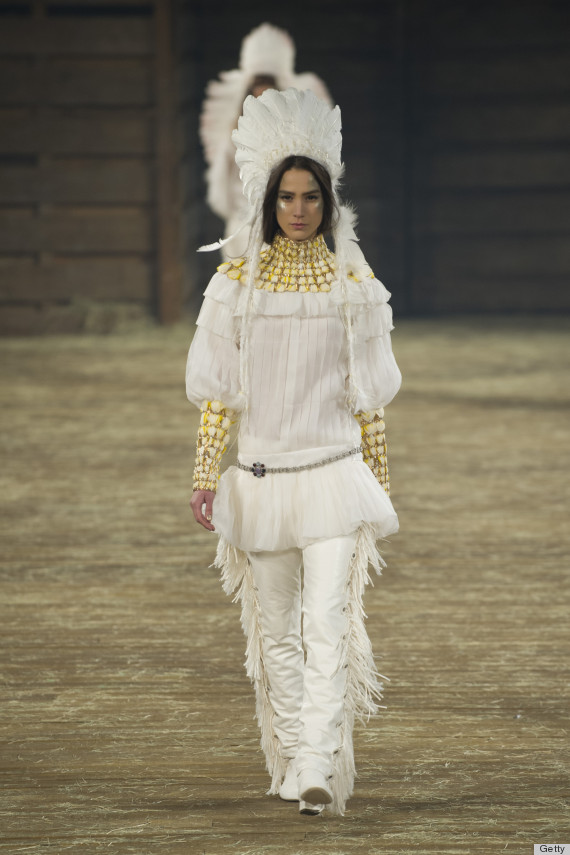 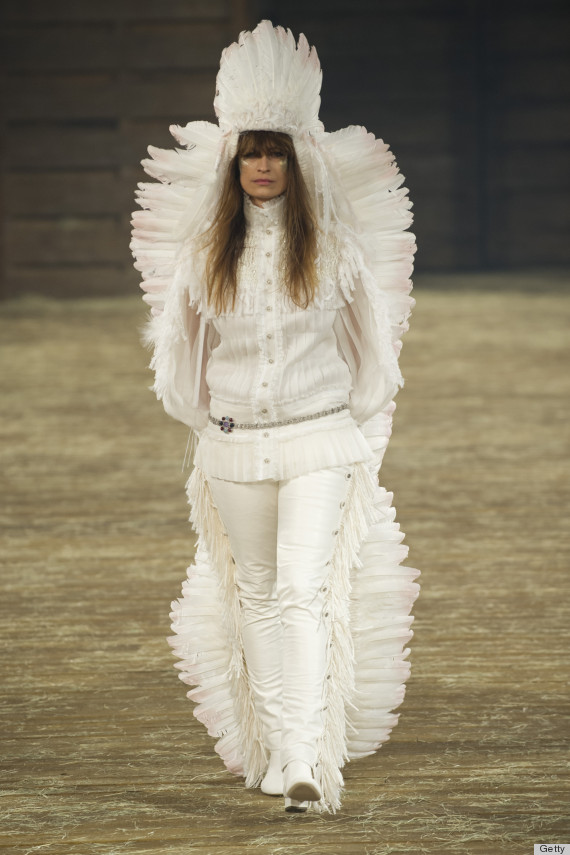 So excited for Kristen Stewart--she's the perfect face and inspiration for their line. But lose the headdress feathers, @Chanel. Not right.

Can we talk about this Chanel headdress? I'm open to discussion and/or debate. pic.twitter.com/9XhDP29To2

Chanel put a model in full Native American headdress for its Dallas finale look and no one will say a word about it...