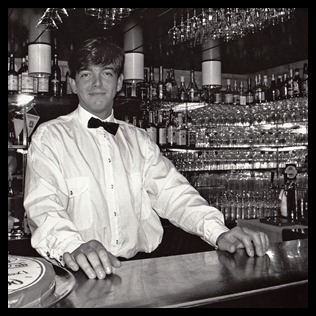 It was the end of a long day of teaching and speaking, followed by a reception, then dinner, then an "informal conversation about changing the world" -- two easy chairs on a stage, the conference host in one, and me in the other.

My host asked what keeps me energized. I smiled. "That's easy," I told him. "It's when I watch people realize they can create the future right now, simply by being what they want to see in others."

Audience members quickly dove in. "What about income disparity? What about climate change? How do we fix those things?"

People asked, "What about politicians who are so entrenched?"

Then people asked, "What about greedy corporate leaders who only care about themselves?"

"Have real conversations," I told them yet again. "Ask what kind of community they want to live in. Listen to their answers. You'll find that corporate leaders are real people living in real communities, and they want those communities to be healthy and vibrant, just like you do. Ask about their dreams for their own communities, their dreams for our world. Find what you have in common. Then build upon that."

One by one, people wanted a magic bullet. One by one, I told them that real conversation is that magic bullet. "Ask what people care about -- not as politicos or business people, but as people, period. What excites them? Ask about their dreams for their community, and then listen for their humanity, their hopes, their fears. Listen with the compassion and kindness you want them to extend to you. Have those real conversations."

The bartender cleaning glasses at the back of the room was my cue that it was time to wrap up. "Let me share one last example. Over the past few years, the gay rights movement has made huge strides. In large part this is because parents are learning that their son or daughter is gay. Suddenly that single connection is moving their thinking from a disembodied political belief to the most important relationship they have -- their love for their child.

"So have real conversations about things that matter, not from a position or bully pulpit, but from the fact that we are all human. It is only by conversation that we can bring out the humanity in each other. So have those conversations."

After a long day filled with conference events, the room cleared out quickly. Heading back to my seat to grab my purse, the only other person in that large banquet room was the bartender. He called out, "Thank you." I nodded to him and smiled.

This time he was more deliberate. "Thank you," he said again. "Thank you for what you said. It meant so much to me. I've never been in a conversation like this. You gave me hope. I am so grateful. Thank you."

The power of conversations is our uniquely human power to connect. Our humanity surfaces when each of us sees it as our job to look beyond "evil politicians" and "greedy corporate bastards," to instead simply see fellow humans who want the world to be a decent place, who battle their own demons, who long for life to be good, who feel vulnerable, who want answers, who love their children.

At the end of a long day, the answer to my host's opening question was even more clear. What keeps me energized? Tonight it was a guy just doing his job at the back of the room, cleaning glasses, joining the conversation, and in that conversation, finding his power to create the future of our world.