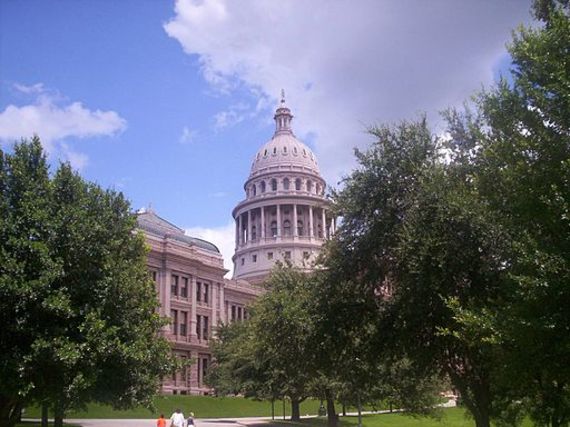 Three and a half years from now, on a brisk Tuesday evening in November of 2018, Governor Greg Abbott and Republican state legislators across Texas will not merely celebrate their own hours-old electoral victories, but bask in the glory of suppressing Democrats from exerting any influence in the political process until at least 2030. Beginning that night, the inevitable and defenseless position Texas Democrats will face for the next 12 years can be described in only one word: checkmate.

Redistricting is the process of drawing electoral boundaries every ten years after the census has been conducted, with the noble intention of accounting for population shifts to provide equal representation within voting districts, most notably in state legislatures and the United States Congress. In Texas and most other states, the boundaries are decided and approved by the state legislature and signed into law by the governor. Unfortunately, both Republicans and Democrats have manipulated and perverted redistricting into a decennial battle more commonly referred to as gerrymandering: advantageously drawing districts to ensure disproportionate representation for the party in power at the expense of a fair and just democracy.

Most Americans hold a deep antipathy toward gerrymandering, despite its ubiquity in the current political landscape. A national Harris poll conducted in 2013 revealed that 64 percent believe that "redrawing Congressional districts is often used to take power away from American voters," while 71 percent agreed that "those who stand to benefit from redrawing Congressional districts should not have a say in how they are redrawn." These results are consistent across party lines and demonstrate overwhelming opposition to unchecked authority over the redistricting process.

Yet in the last 20 years, Republicans in Texas have been among the most blatantly unapologetic with gerrymandering. After winning control of all branches in 2002, Republicans infamously led by Tom Delay implemented a controversial, mid-decade redistricting effort to create a permanent Republican majority. House Democrats managed to claw their way back to within two seats of retaking a majority in advance of the 2010 redistricting. But the midterm elections that year became a nationalized "wave election" fueled by the polarizing Tea Party movement against the Obama administration, resulting in significant Republican gains.

This set the board against Democrats for years to come, allowing Republicans to codify new voting districts that have them in control of two-thirds of seats in both legislative bodies. Yet just two years earlier, Republicans won only 56 percent of votes on the statewide level in the Presidential and Congressional elections. This is nothing short of an oligarchical consolidation of power: gerrymandering reinforces a severe imbalance between elected office-holders and the voters whom they represent, which will only worsen as a growing Latino population may increasingly trend away from Republicans.

The stakes for Texas Democrats are incredibly high and they face exceedingly long odds as we approach the next round of redistricting in 2020. Short of a Supreme Court ruling enforcing fairer redistricting, or an unprecedented ideological paradigm shift amidst one of the most polarized and recalcitrant periods in recent American history, Democrats will be unable to retake either House in the Texas Legislature. Winning the governorship and other statewide offices in 2018 is the last remaining chance for Democrats to prevent Republicans from having unilateral control over redistricting in 2020. This is no small feat; not a single Democrat has won statewide office since 1994.

Complicating matters is the importance of Democrats to win other statewide offices beyond the governorship. A Democratic governor would have the power to veto any egregious redistricting plans, but Republicans in the legislature would have no incentive to offer a single proposal. Failure to enact new voting districts during the first legislative session following a census extricates redistricting from the legislative process entirely, placing it in the hands of a Legislative Redistricting Board. Consisting of the lieutenant governor, Speaker of the House, attorney general, comptroller, and land commissioner, these five individuals alone--all Republicans and all up for re-election in 2018--would unilaterally determine the future of redistricting without needing approval from another body. It is easy to imagine Republican legislators walking around the Texas Capitol in 2021, giving each other self-congratulatory pats on the back while waiting for the Republican-controlled Board to take over redistricting as Democrats meander aimlessly, bemoaning their inevitable ineffectiveness.

The game clock is ticking. Democrats must put together a meaningful electoral strategy in 2018 if there is any glimmer of hope in preventing another decade of assaults on women's rights, the right to vote, firearm regulations, public education funding, and the autonomy of local economies. This prognosis is dire for Democrats, but Texas Republicans have rigged the system.

It is imperative for Democrats to establish a call to action and use these next three years to mobilize resources and dedicate their efforts into recruiting a strong slate of statewide candidates for the 2018 election. If Republicans win across the board, they will control redistricting and have autocratic dominion over statewide public policy for the foreseeable future, regardless of changes in population, demographics, or societal attitudes that should reduce their clout far before then.

It may be a desperate and failed strategy: gerrymandering may still occur in 2020, Republicans may control all branches of state government, and any semblance of a progressive policy agenda may be doomed. Then again, it may be the only opportunity that exists to prevent the endgame of one-party rule in Texas that Republicans are so close to achieving.

Bryan Bennett is a market research analyst at Illuminas Global, an Austin-based research consultancy. He has also worked for the Democratic political polling firm Greenberg Quinlan Rosner Research and served as the District Field Director for Congressman Chet Edwards (D-TX), one of the Democrats targeted during the 2003 mid-decade redistricting.