The recent steps toward detente in the previously inert relationship between the United States and Cuba have had little visible effect outside of the main tourist centers in Havana and the various beach resorts that, until now, have been peopled largely by Canadians and Europeans. Most cities in the interior provide striking contrasts to the comparatively frenetic pace of change in the capital. In the provinces, animal powered transport coexists among puttering Soviet-era Ladas and the remaining American pre-1959 behemoth sedans. Outsized portraits of Fidel and Che, now often paired with the face of former president of Venezuela Hugo Chavez, are still common sights. 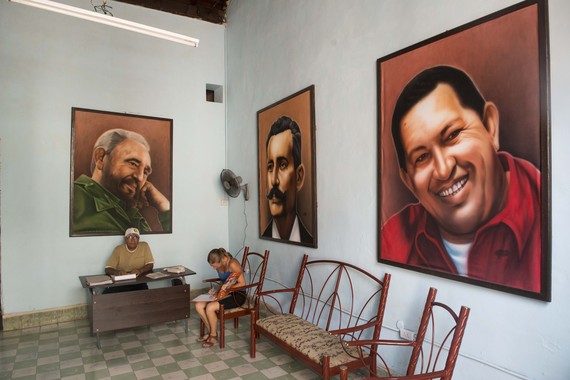 Reception in a middle school in the city of Sancti Spiritus

In these interior cities, the cultural patrimony of the Cuban people in the form of millions of pages of records of daily life from the 1500s to the present, is slowly disintegrating. Hospital records, baptismal certifications, burial records, petitions for interracial marriages, letters, and other documentary proof of life are contained in Catholic church archives in nearly every city and town on the island. Humidity, material scarcity, and low levels of technology (including expensive and glacial internet access) compound the threat posed by hungry insects. Most people, Cubans included, who are not historians, history buffs, or genealogically inclined, frequently see little value or importance in these disappearing windows into the past. 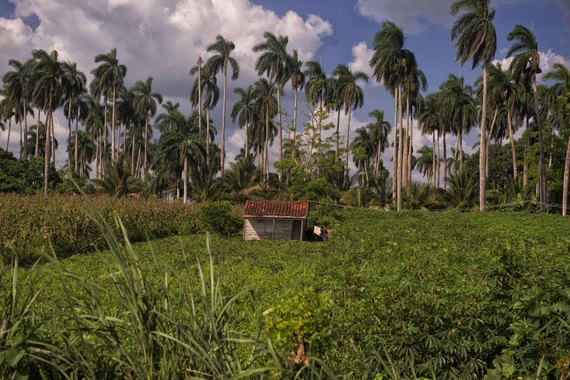 A typical residence in rural Cuba.

Since 2005, an international team of historians, led by Jane Landers of Vanderbilt University, and now extended in a new project by David LaFevor of the University of Texas at Arlington, has been racing to save these irreplaceable documents. The Catholic Church, which has had a challenging relationship with the Cuban state since shortly after the Revolution, was the creator and is now the custodian of these records. It is unusual in Cuba to encounter any sector of civil society that is not in some way bound to the state, but the Church is relatively free to decide how it handles its internal business. Each papal visit ushers in increasing autonomy, from the re-legalization of Christmas in the late 1990s to revoking the ban on religious ceremonies and processions outside of church walls following the visit of Pope Francis--with the proper state permit, of course. 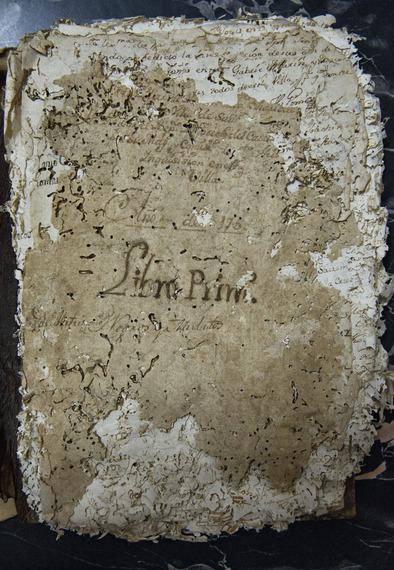 An eighteenth-century marriage register for slaves and free people of color. The priest who kept these records was also the local representative of the Inquisition. 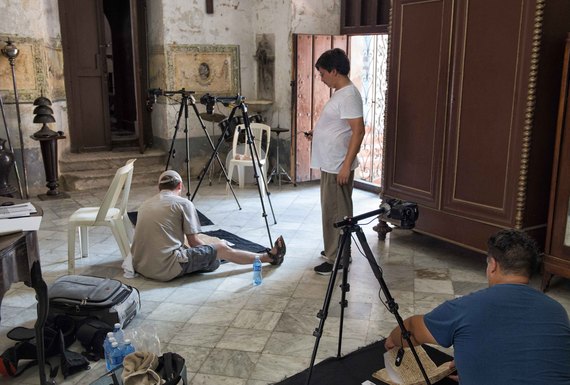 Graduate students from the University of Texas at Arlington digitize historical documents in a seventeenth century Cuban church.

In this evolving context, the British Library Endangered Archives Programme has awarded a two-year grant to fund the project "Siete Villas de Cuba," in the seven oldest cities on the island: Baracoa, Bayamo, Santiago, Trinidad, Havana, Camagüey, and Sancti Spiritus, all founded in the early 1500s. These cities contain a wealth of endangered information, most of which has never been accessed by historians.

At the core of the project are sources that provide historians with new insights into the slave trade, slavery, and the lives of free people of color in Cuba. A team of U.S. scholars and graduate students over the next two years will locate, digitize, preserve and publish these decaying records. Unlike slavery in the United States, the Catholic Church in Latin America mandated baptism and encouraged marriage and other sacraments among all sectors of society. All of these acts generated a paper trail that contains important information on African ethnicity and social relations, the fates of indigenous Cubans, and others who underwent the dramatic effects of enslavement, colonization, and forced labor. The millions of pages of information on Africans and the Afro-descended in Cuba (and most of Latin America) are without parallel in former British colonies such as the United States. 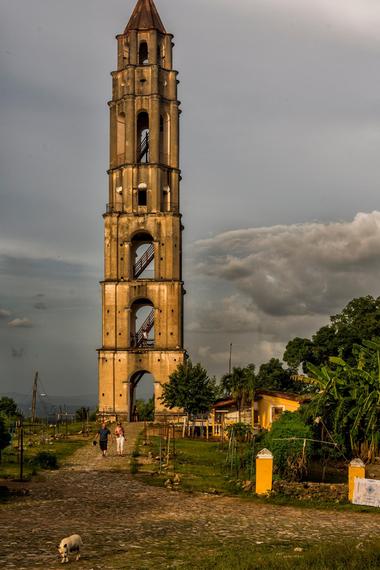 A trickle of tourists make it to this tower, built in the early nineteenth century for a sugar planation owner to monitor his property, both land and human.

In May of 2016, Harvard's Hutchins Center for African and African American Research co-sponsored, along with several Cuban academic centers, a conference in Havana that brought together Cuban and American scholars of slavery and the slave trade. Though these collaborations between Cubans and Americans have taken place sparingly since 1959, they represent the person-to-person interest that undermines the official hostility and antiquated policies that create artificial roadblocks between Cubans and U.S. Americans. The fate of the hopeful changes represented by these meetings and projects in now in the hands of the U.S. Congress; Barack Obama has reached the limit of presidential authority on the Cuba question. Fidel Castro turned ninety yesterday and looks set to outlive yet another presidential administration. Despite this oft-cited irony, it helps to keep Cuban history in perspective and out of the shadow of one man; Cubans will celebrate the city of Havana's five-hundredth birthday in 2019. 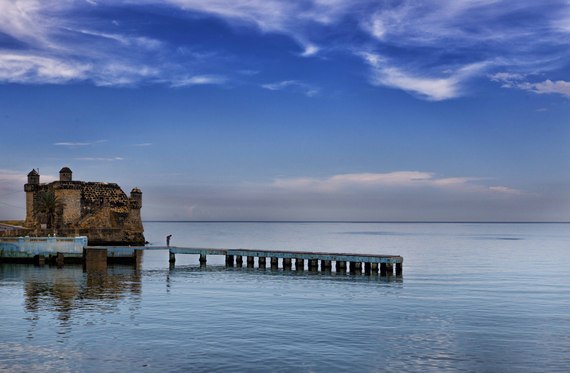 Cojimar, a fishing village to the east of Havana, where Ernest Hemingway set his novella, The Old Man and the Sea.