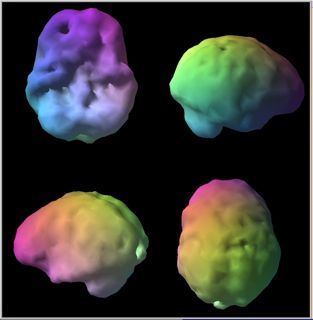 An Army scout sniper from 2000 to 2005, James spent time in Iraq, Kosovo, Bosnia, Austria, and Poland. During his deployment in Iraq, his vehicle was struck several times by IEDs (improvised explosive devices).

Although James wasn't wounded from shrapnel, he did experience perforated eardrums and several concussions.

The first one was a mild concussion, according to a doctor in Baghdad, during which he did not lose consciousness.

The second time he experienced a concussion, James did lose consciousness and had blurred vision.

His third head trauma occurred while on base in Baghdad. He fell about 10 feet off the back of a large ammunitions truck and landed on his head. Once again, he had a brief loss of consciousness.

His fourth concussion happened when he was using a sledgehammer on a trailer hitch and it rebounded off the hitch and hit him in the head.

During one of the explosions, one of James' closest friends was killed. To this day he still feels guilt, thinking that he was somehow responsible, he should have done something different, or why was he the one to survive and not his friend. Every year he still gets together with his friend's family.

"None of these events were fatal to me, but my head's been through a lot of damage," he said.

Since then, he has been dealing with a number of issues. Now 28 years old and a personal trainer in Orange County, James has problems with his memory. He had always done well in school, but since returning home, his ability to learn new material has suffered. His ability to listen has also dropped off.

Since about 2003, terrible insomnia has been keeping him awake at night. For about two years, he averaged only about two hours of sleep at night. After returning home, he still had trouble falling asleep and usually couldn't doze off until 1 or 2 in the morning. Then he would wake up every hour and a half to two hours before getting up around 4 to 5:30 a.m.

Coffee and energy drinks helped him get through the days when he felt really tired.

James understands very well that sleep impact brain function, and he thinks that might be part of the reason why he has trouble remembering easy things. He thinks it might play a role in his heightened sensitivity to light. If it's bright outside, it's really hard for him to function. This is consistent with a syndrome called the Irlen Syndrome, often seen after brain injuries (see www.irlen.com for more information).

Many other Iraq veterans are dealing with similar symptoms since returning home.

James is very excited that the Change Your Brain, Change Your Life Foundation has sponsored him to receive a full evaluation, including brain scans and treatment, at the Amen Clinics.

"The biggest thing I'm hoping to get out of this brain healthy treatment is better quality of sleep. And hopefully that will help my memory and cognitive function," he told us.

Based on his brain scans and a complete evaluation, we started James on a brain rehabilitation program similar to what we have been using on the players involved in our retired NFL players study.

His treatment consists of supplements geared specifically to enhancing cognitive function, as well as some lifestyle changes. Considering he works in the fitness industry, James already had a fairly brain healthy diet and exercise regimen. But there were some areas he could improve.

For example, he's drinking less alcohol--no more than two drinks a week. And he's learning to meditate 30 minutes every day. In addition, he is doing online memory brain trainer exercises for about one hour a week.

After just a few weeks, James was already noticing some positive changes. "My sleeping pattern is more regular now. It's not as inconsistent as it used to be," he said. He recently announced to his co-workers after getting eight hours of sleep that he could cure world hunger.

James is going to be coming back in for a follow-up at the end of August. All of us at the Change Your Brain, Change Your Life Foundation are very excited to see what kind of improvements he will have made and to track his progress. I will keep you updated on James's progress too.

Finally, I would like to give James my heartfelt thanks for having very graciously offered to allow us to tell his story so that it might help others.