Channing Tatum's gorgeous face graces the June 2014 issue of GQ, in which the 34-year-old actor doesn't hold back.

The actor is understandably tired as, over the past 18 months, he shot four movies in a row, and welcomed his first child with wife Jenna Dewan-Tatum .

"This was supposed to be my year off," Tatum told GQ. "I feel like I was definitely the fat kid at the buffet. There were four really great projects, and I was, 'I wanna do them all.' They're like, 'You know doing four movies back-to-back is going to kill you?' and I'm, 'Yeah, but that's something I can take. That's just going to be tiring, and tired doesn't kill you.'"

Tatum was game, he was committed, but life isn't just about making movies. "Zero breaks ... Then we had sort of a crazy, harebrained idea to try to have a kid, and it happened the first time, basically. And I don't think we thought it all the way through," he said, adding that the couple is still "happy as hell about it."

The actor also opened up about his childhood, revealing that he's still not sure why his parents named him Channing, and that he had an invisible friend in the third grade, named Boy, for whom he would save an extra place at the table.

Tatum discussed how he spends his personal time at home with is family, saying he likes to sculpt at night and relax with a bottle of wine or a glass of bourbon.

"I probably drink too much, you know. My wife, that's what she bought into … I'm probably a pretty high-functioning, I guess, you know, I would say, alcoholic, I guess," he said. "There's probably a tendency to escape. I equate it to creativity, and I definitely equate it to having a good time."

But, Tatum said having a baby has definitely helped him cut back and he won't drink for four months while making the "Magic Mike" sequel. "Then, at the end of that movie, it's go time," he added.

For much more with Channing Tatum, head over to GQ. 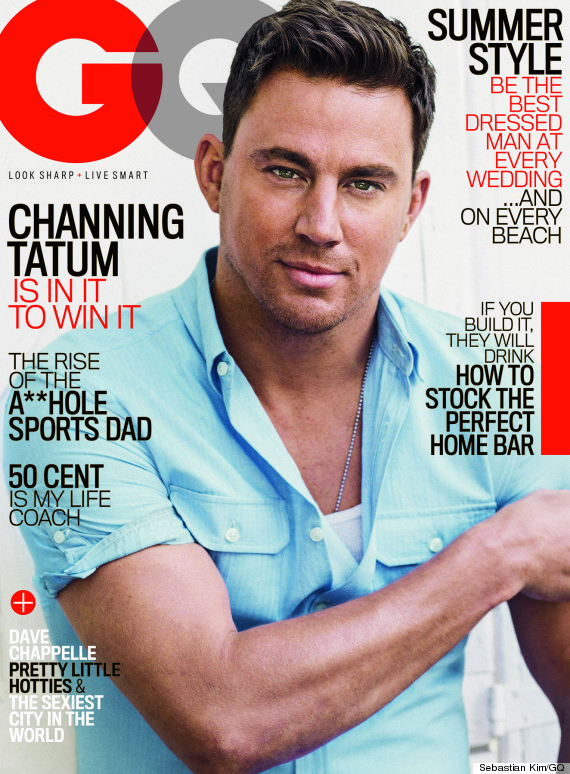