UPDATE: Channing Tatum will play Gambit in a stand-alone spin-off movie, BuzzFeed reported. No director has signed on and the project doesn't have a screenplay or a release date. The Hollywood Reporter has also confirmed that Tatum will be introduced as Gambit in "X-Men: Apocalypse," which will debut in 2016.

EARLIER: Channing Tatum will play the new Gambit in the X-Men universe. "X-Men" film producer Laura Shuler Donner confirmed the casting in a red carpet interview with Total Film. She told the interviewer, "He’s a rogue. Channing, he’s a rascal, just like Remy LeBeau. And he can handle the action. We all know that. And he’s got a really good heart."

Tatum has said publicly that he's always wanted to play the Cajun mutant Gambit in an "X-Men" film at some point. A few months ago, Shuler Donner told Empire magazine that she was on board with the casting, too. "I’m dying to do a Gambit movie with Channing Tatum. That doesn’t have to be a great big movie. It’s a thief in New Orleans, it’s a whole different story. He’s on board, and I have to get the studio on board. How can anyone resist Channing? He’s such a sweetheart."

But, as Vulture points out, no Gambit movie has gone into production just yet. But perhaps, Tatum could claim the role for "X-Men: Apocalypse" in 2016, even though Taylor Kitsch played Gambit in "X-Men Origins: Wolverine."

Check out the video below, in which Shuler Donner spills the beans: 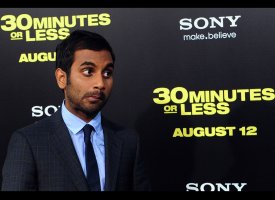