One downside to being married to a gorgeous actress? Watching your wife get intimate with somebody else onscreen.

But for Channing Tatum and Jenna Dewan-Tatum, his wife of five years, it's just part of the job. When asked in a recent interview with Redbook Magazine if it was "weird" to watch Dewan-Tatum's steamy scenes on her television show, "Witches Of East End," Tatum explained:

“Yeah, of course. I mean, she’s a very sexy individual which is obviously why I’m with her. There are many reasons -- but that is definitely very high on the list. She watches when I do love scenes too, and we’ve had to kind of find our way with it. She’ll cover my eyes and I’ll cover hers. It’s all in good fun.”

The couple has been lucky enough to enjoy their own onscreen romance, back when they both starred in "Step Up" in 2006. Tatum told Redbook that the two actors actually shared their first kiss together while the cameras rolled:

“It’s interesting now, because we can watch it and see; we can go, ‘Oh, wow, that was actually our first real kiss.’ As soon as the movie wrapped, we went back to LA and were together, and together ever since –- never broken up. That’s nine years.”

Another way these couples keep each other's sexy scenes in check? Tatum told People that Dewan, who used to be a backup dancer, has to approve all the stripper moves that he performs in the upcoming "Magic Mike" sequel, "Magic Mike XXL."

If that isn't true love, we don't know what is. 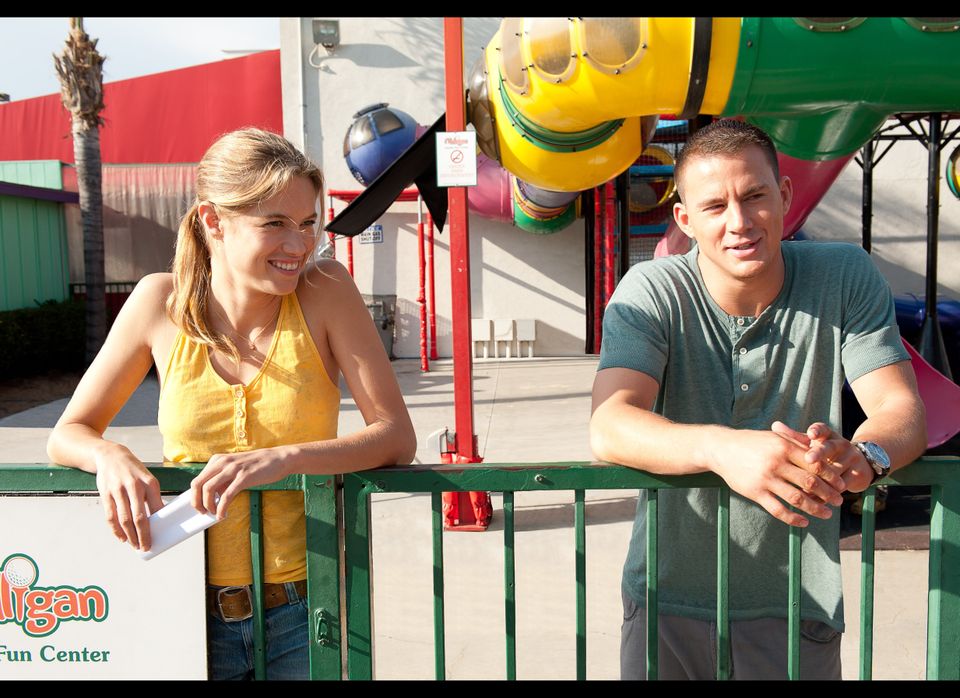