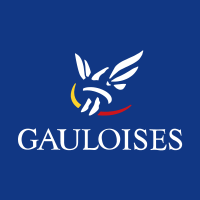 Chantix is a drug that is advertised on television to help people stop smoking. However, in addition to suicidal thoughts, one of the commercials warns "common side effects include... unusual dreams." Caveat Emptor! One wonders what these dreams might be and more importantly what they mean. Freud famously saw dreaming as "the royal road to the unconscious" while more contemporary researchers like Alan Hobson reject the idea of dreams harboring mysteries and secrets of the mind. In the bible Joseph interprets Pharaoh's dream about the seven fatted and lean cows. That's an example of a prophetic dream. Then there is the kind of dream you used to have in high school, where the prom queen magically appears in your bedroom, pulls up her gown and says "I want you to fuck me now!" This last is an example of what is commonly known as a wet dream. Some people might regard such a dream as good, but others could consider it as so out of the ordinary as to be delusional. Moreover it leaves its own after effect which is one of despair (due to the disparity between the wish contained in the dream and reality). Then there are those dreams in which graduation is coming up and you haven't done your work. It's hard to know if this is something the Chantix people would consider an unusual dream since it relates so clearly to the anxieties which most people feel. If this is a dream that doesn't qualify as unusual then it is probably not related to Chantix. It's one thing when Chantix does what it says its going to do which is to help you stop smoking and then cause some weird dreams in the process and another when Chantix simply produces any old dream. Remember the dreams you've had about finding yourself standing in a public place in your underwear. That's an example of the kind of dream you might have on Chantix, along with those dreams of your hand going limp when you try to punch an authority figure, but such dreams are not the stuff of which Chantix is made. On the other hand if you are a Chantix user and dream that you are Monica Lewinsky and that Bill Clinton has left Hillary for you and that you are the new first lady, then you can wake up and say, "It's a strange dream, but I can fully understand it (and don't need any psychoanalytic interpretations). I must have had the dream because I've been taking Chantix.