Chapo Guzman's escape from Mexico's maximum-security Altiplano prison last weekend further undermines the already wounded credibility of Mexico's president, Enrique Peña Nieto, and his security apparatus. But more than that, it underlines the futility of the war on drugs and its reliance on taking out "kingpins" while never questioning the flawed prohibition policies that drive the whole bloody mess. 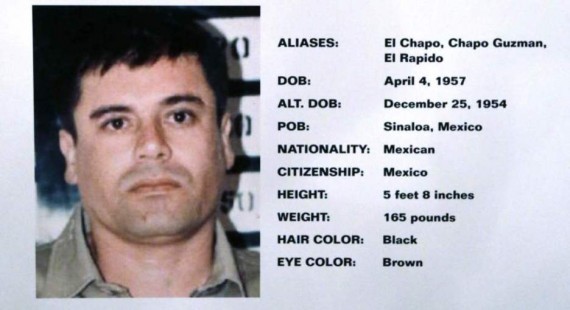 Chapo Guzman was no ordinary prisoner. He is the world's richest drug trader. He spent 13 years after his last prison escape in 2001, using cunning and ruthless violence to build a criminal empire so vast that he made the Forbes list of the world's richest people. His capture in 2014 was a high point for Mexican President Enrique Peña Nieto. His escape is a tremendous blow to the president and it calls into question the whole rotten edifice of the drug war.

The drug war is a disaster with no end in sight. Its unjustifiable costs are measured in hundreds of thousands of dead, millions jailed, and a trillion US dollars foolishly misspent militarizing our societies in recent decades.

And it doesn't end there. The hyper profits from producing, smuggling, and selling prohibited drugs fuel the growth of criminal organizations that sow mayhem and terror in communities they dominate in the Western Hemisphere and all around the world.

Chapo Guzman, Pablo Escobar, and all the other murderous crime bosses associated with the drug war Richard Nixon declared in 1971, are symptoms of the problem, not its cause. They are similar to Al Capone's gang and other crime syndicates that grew rich and powerful selling illegal alcohol at a premium during prohibition. 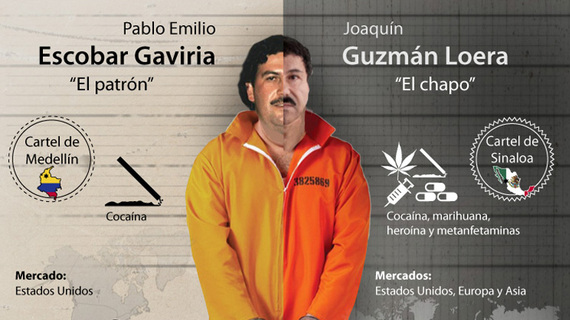 The Mexican authorities may yet catch or kill Chapo in coming days, but the violence that is eviscerating Mexico and Central America every day will not end until we implement pragmatic regulation of drugs that take absurd profits away from violent drug merchants.

We can't continue to reward failure by doubling down on the current strategy of hunting capos, militarizing our response to a public heath problem, and needlessly locking up millions of people for non-violent drug offenses.

***
Next April the United Nations will hold a Summit on Drugs in New York City. In the lead up to that summit we are planning events and a caravan to directly raise these questions in dome of the countries most damaged by the drug war. Please contact me if you are interested in finding out more about this effort and/or contributing your time, talents, and resources.