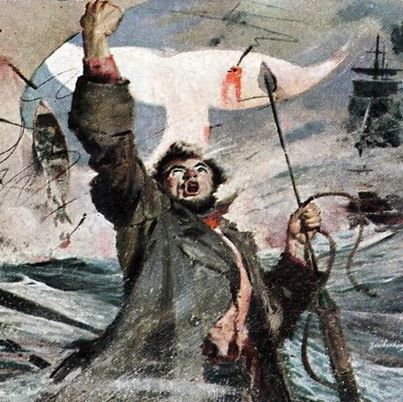 People often talk about a novel being plot-driven or character-driven. For me, that can be an artificial distinction. For my taste, the best novels -- those that capture me and make me feel sorry the read is coming to an end -- are those driven by both plot and by the protagonist's character or personality.

I've always felt the most engaging novels are those whose narrative drives involve conflict and uncertainty. They're novels whose plot -- along with other attributes -- makes me wonder what's going to happen next. In essence, I've always believed a good story is quite disturbing or plumbs a deep truth -- one that's either obvious (think of Gillian Flynn's Gone Girl) or draws me on some level of which I may be unaware (think of Scott Turow's Presumed Innocent or Jane Hamilton's A Map of the World). In my view, a novel's plot is vital for it to be compelling.

For a novel to be really enjoyable, you must also care about the main character. Plot twists and conflictual situations can be engrossing, but for the novel to really work, the reader must feel for and identify on some level with the protagonist.

All situations about people involve three components: thinking, feeling and behavior. A really good novel -- using various devices of the craft -- draws the reader into the protagonist's thoughts and feelings (emotionally and bodily). These elements often derive from the character's past and inform his or her behavior as the plot unfolds.

In a sense, the protagonist's character drives the novel's momentum. Think of Seymour Levov in Philip Roth's American Pastoral; Tom Wingo in Pat Conroy's The Prince of Tides; Sherman McCoy in Tom Wolfe's The Bonfire of the Vanities; and Stingo, Nathan or Sophie in William Styron's Sophie's Choice. Or, Ahab in Moby Dick. These wonderfully drawn characters' inner conflicts thrust the narrative flow in compelling directions. A great plotline with a poorly defined protagonist renders the novel anemic, hollow, and unsatisfying.

A compelling plot creates the potential for a great read. And, a vividly drawn character adds to the novel's power and lure. In a real way, character is destiny. It gives a story muscle, guts and soul. The protagonist's character forms the tissue holding the plot together and propels it in one or another direction. Plot and character go hand-in-hand. A richly depicted character negotiating the rigors of a compelling plot provides a great read.