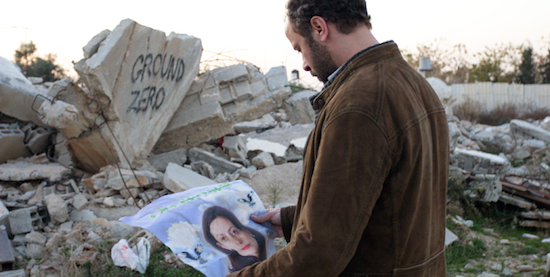 Ali Suliman in a still from Ziad Doueri's The Attack

Just what makes a great actor? Some will say it's about possessing a combination of beauty and talent, some will point to acting skills and the ability to embody different characters, while others yet will mention that elusive word, "charisma" which can transform a performance into a work of art.

For me, all of the above are true. But, a truly great actor, a Thespian with a capital "T" also needs to transport me, through his finely-drawn interpretation of a human being, to another world. A world where I would wish to live and a place that holds endless possibilities. And finally as a woman, a male actor needs to exude that fine balance of strength and vulnerability which make falling in love with him the natural choice.

Not only does Suliman embody all of the above qualities and possess each and every one of those talents, but he's also a great interview. A combination of funny, intelligent and insightful, together we discussed everything from favorite first film watched as a child, to regional politics in the Middle East, and ended up on the role a Palestinian actor holds in world cinema. Because Suliman is not just an actor, he is a Palestinian actor, something which represents double the promise for me and holds hundredfold the challenges.

I first became aware of Suliman through Eran Riklis' films, The Syrian Bride and Lemon Tree. Yes, you read that right, a Palestinian actor whose successful career was unlocked by an Israeli filmmaker. But that right there is the beauty of cinema, it overcomes borders and un-divides boundaries. When we sit in front of a screen, or increasingly our computers to view a movie, we are watching the collaborative efforts of a group of people who've come together from the far corners of the earth to make a filmmaker's vision come true. And they certainly won't let something as petty as religion or nationality get in their way.

Later on, I watched him in Hany Abu-Assad's Paradise Now and it was there, in the part of a possible suicide bomber, that Suliman made me realize the other requirement for truly brilliant acting: The ability to make me reevaluate and reexamine my idea of right and wrong -- along with all the shades of grey in between. Anyone who can do that with their performance is my cinematic hero.

Since then Suliman has been in Hollywood productions, such as The Kingdom and Ridley Scott's Body of Lies, on mainstream TV both in the MENA region and internationally, in world cinema classics such as Ziad Doueri's The Attack and is one of the few actors unafraid to play cameos. He must have heard the famous Stanislavski quote that goes, "Remember: there are no small parts, only small actors."

I sat with the super tall, kind and even-more-handsome-in-person Suliman for a coffee in the gardens of the magnificent Emirates Palace. It was a pleasant afternoon break, during the recent Abu Dhabi Film Festival, where the actor was part of their Narrative Awards Jury. Oh, and where he also played one of his famous cameos, as a Syrian officer, in Ali F. Mostafa's From A to B -- the opening film at this year's ADFF.

What draws you to a role? 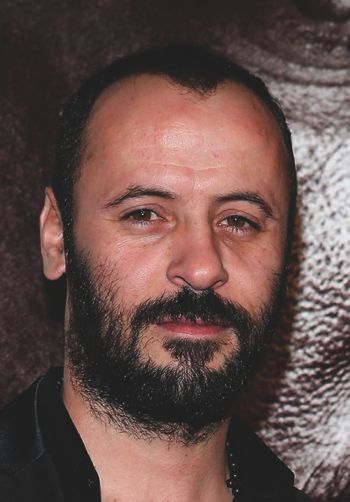 Ali Suliman: The first few movies, you have no choice because it's your first steps on the road. And you are trying to get anything. You don't think, you just want to get the opportunity to show your talent. And then slowly, I think in the last few years in my life, I started to pick roles, to say yes or no. I remember, after Paradise Now, I got all -- I have a batch this high -- scripts with the same character. Not written exactly as Paradise Now but the issue, they deal with the same subject, and this is one of the problems why actors fall into a one-type casting. I don't feel that I've repeated myself in a movie. I remember after Paradise Now for two years I didn't do any movie.

And today, do you purposely choose your roles thinking of the film's reach?

Suliman: If the story talks to me or I can see it, and also the director. It's very important who the director is and what is his political issue. Politically -- this is one of the things that for me as a Palestinian, I think only us the Palestinians think politically. Most of the actors around the world they don't think about the political background.

Most filmmakers when asked will say politics have no place in cinema. Are you saying it does?

Suliman: Of course! It's between the lines. We cannot put cinema in parallel with the political, because politics are something dirty and cinema is not dirty. The big commercial movies, you see, the subject is also political. I would say the alternative or the independent movies are struggling with the political dirt, because somehow you try to tell a story, to put a subject on the table and to let the people see it and have a conversation about. Just to have the discussion. I hate messages in movies. People ask you what is the message of the movie. I don't know what is the message of the movie!

Suliman: I live in Haifa city. I was born in Nazareth, raised there. My family, my mother and brothers are all there. I moved to Haifa with my wife and my baby.

What is it like to be a Palestinian actor?

Suliman: I don't have to try and convince anyone that I am a Palestinian. On the other hand I'm living under occupation and under a regime that gives me a nationality. I'm part of this country in its name and with my passport, as a citizenship. My rights should be equal with other Jews who live there but factually, are not. I'm a second-class citizen. If I get the opportunity because of my talent, my skills to be something in the society, at one point your dream is limited. To be an actor in the society in Israel, you have to be ten times better than the Israeli Jews. To get the roles in mainstream theater or to get any role, not typecast as an Arab. And also if you are ten times better, not all the time you get the opportunity.

What do you think when you come to a festival like the one here in Abu Dhabi?

Suliman: I feel the festivals open the door for us to be part of the Arab world. Lets say about this festival, they really appreciate my work and they support us. The heads of the festival and all the team around the festival and the audience, this is my opportunity to have interaction, to meet them and to be with them. Because before the festivals around the world, we [the Palestinians] were disconnected from our brothers, as an Arab nation, one nation.

What appeals to you when watching a film?

Suliman: I'm open really for everything. Sometimes I like fiction, action, very trashy. Sometimes I like Jacques Tati's style, Elia Suleiman talks to me. And François Truffaut, all his romance. I never want to watch only one type of film. You cannot allow yourself to, even if sometimes you suffer from watching such awful movies. Also you learn a lot from watching, what you want to do. And what you don't want to do.

If you had not been an actor, what would you have done in life?

Suliman: Acting. Just acting. I think if I return back, I would chose to be an actor. Maybe a director. But I cannot be something else.

What is success to you?

Suliman: Success is to achieve some of your dreams that you have dreamed as a boy. Success today for me is to keep what I achieve and to try to create or to open my mind to something new, to try to bring my own story. Success is a lot of things. In my personal life it is to have my own family with me, to give all my best to let my daughter have a better life than me, better choices.