For one 15-year-old, a trip to Mozambique sparked an idea that has impacted children across the developing world.

In 2009, Ethan King and his father Brian took a trip to the African country to help increase the availability of clean drinking water. That visit would later inspire King to found Charity Ball, an organization that works to bring soccer balls to children in poverty-stricken communities.

“I was 10 years old and I wasn't really interested in doing mechanical work, I just wanted to have fun and play soccer,” he told host Alyona Minkovski. “I brought a soccer ball and I set it down and we got into one of these villages and instantly, there were like 50 kids playing soccer with me.”

While playing, King noticed that the kids had been using makeshift soccer balls made from plastic trash bags and twine. He quickly realized that for the children, many of whom lived on less than $1 a day, a shiny new soccer ball was unaffordable.

King returned to the United States with fresh memories that gave him a new perspective.

“I kept replaying that scene over and over -- of me giving the ball away to the kids and the kids cheering and going nuts and thanking me so much, and I said, ‘You know, I just want to keep doing more,'” he said.

The teen conceded that he hasn't done it alone. With a little bit of help from businesses, professional soccer players and a few famous faces, like Katie Couric, King’s organization has been able to provide soccer balls to children from Nicaragua, Zambia and India, just to name a few. 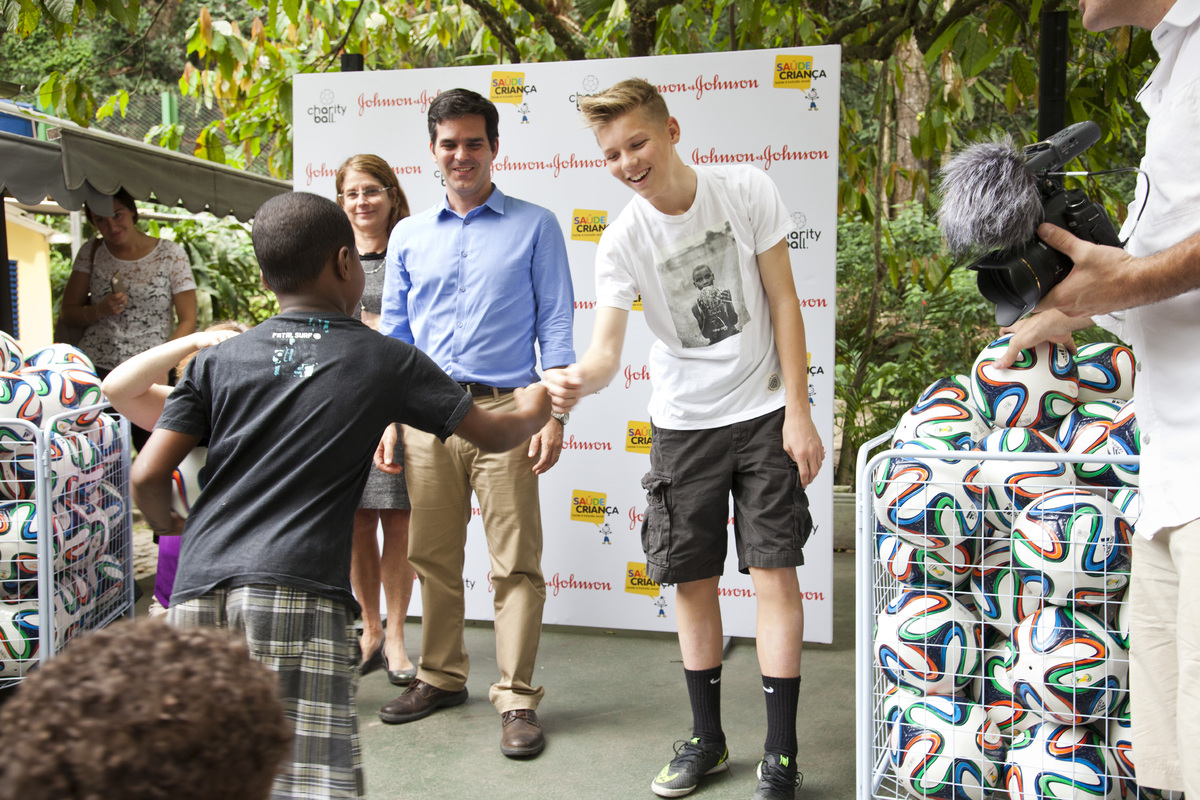