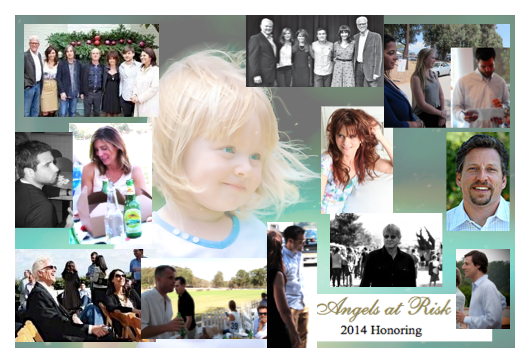 "Love is not patronizing and charity isn't about pity, it is about love. Charity and love are the same-- with charity you give love" Mother Teresa

To me, the world of charity is beautiful, it's puissant, it's sweet and it's charming. The non-profit world is noble, and being of service to others is as old as time itself. With charity, and with service, and with nonprofit too, everybody wins. The givers and the recipients are at any given moment each the giver and each the recipient because giving and receiving is a circle of faith.

What we see turning around in the world today is really cool, and what we learned this year, is that love and charity are becoming bigger and better and non exclusive. Nonprofits are not just for people who have no means, that's an ideal of the past, charities are being used by everyone. They are for everyone rich to poor. Nonprofits, charities and service have turned into a sort of universal faith a kind of doctrine of love and they are becoming the great unifier. Charity of heart for all could be the greatest creed we know.

It's Christmastime and another year has passed, in 2014 a new painting has been painted and for Angels at Risk a new treasure is discovered, a new snapshot has been taken about the heart inside charity. Finally it seems that the virtue found in charity for people is attractive, soothing and even seductive, quite frankly, it has become popular and powerful. Perhaps, such virtue, honesty, and morality is our true human relief.

A Merriam Webster dictionary definition of charity is "Benevolent goodwill toward or love of humanity" and the "generosity and helpfulness especially toward the needy or suffering,"

This year, we've gotten more calls from wealthy families than ever before. They have commented that they preferred answers to their questions about their children's challenges with drugs and alcohol and about this issue from a nonprofit as opposed to the general population of for profit entities simply because a nonprofit response is of service, it is unbiased, not finically driven, and it is the closest to purist, it is comfort. The reassurance from a not-for-profit feels generous and gentle. The "needy or suffering," as defined above, is neither rich nor poor but both.

Cited from an article from the Partnership for Drug Free Kids, The Contra Costa Times reported,
"disposable income, disconnected families, and pressure to succeed all contribute to drug use among upscale youth, adding that parents in these communities add to the problem by denying that it occurs. "Perfection is very, very valued in affluent communities," noted Madeline Levine, author of "The Price of Privilege."

The colliding and the merging of these two worlds and all the worlds in between could be charity. It is a solution and maybe we can call it the positive rearranging to one center of love. The closing of this "great divide" gives us all reason to believe not just that our mission of prevention education and the mental health field is opening up but there's an abundance of blessings for every nonprofits message, and then the world is a happier place.

The honoring of our nonprofit, Angels at Risk, this year in a big forum of primarily wealthy attendees was a profound commentary on the wish and the heart collectively to prevent harms way for all families rich to poor via nonprofit prevention education against drug and alcohol use and abuse for kids.

What is clear in this new snapshot of life for us is that we are all in this together and that maybe why Angels at Risk is receiving so much outreach from all backgrounds is because the bottom line finally is soul. And that can't be found "solely" in money, it can only be found in softness of heart and ultimately heart in the end supersedes and eclipses everything.

Thanksgiving and Christmastime is here and the charity of heart is up. We wish for you that love light your way, that charity guide your heart, and that the optimistic cautionary tale be that your loved ones remain safe from the causalities that come often times in celebration and enchantment from drug and alcohol use and abuse, especially during these holy days of love for us all.