NEW YORK, NEW YORK -- Just a matter of hours after he was rushed from a maximum security prison to a hospital, convicted serial killer Charles Manson was rushed from the hospital across the country to Trump Tower.

"At approximately 3:36am local time," Dr. June Smithson told reporters, "we transferred Mr. Manson from a hospital bed to a helicopter, where he was taken to the airport and put in a private jet. From there, he was flown to Trump Tower." 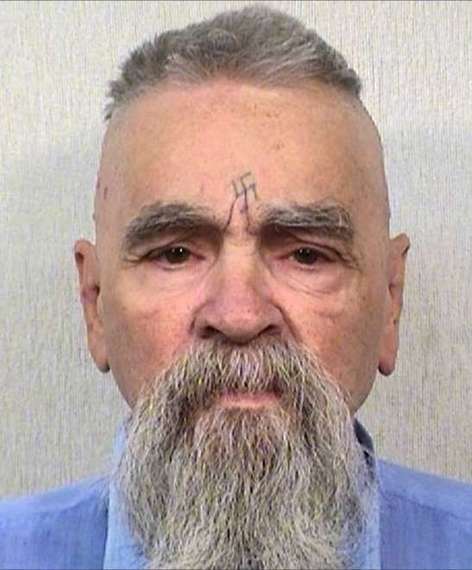 Dr. Smithson said that the decision to move Manson from the hospital to New York was made "way, way, way above [her] pay grade."

"We were just told to prep Mr. Manson for a cross-country flight," Smithson said, "and so that's what we did."

The Donald Trump administration, which has been conducting much of its business related to Mr. Trump's transition into power as the president, released a statement acknowledging that Manson had been flown in to meet with them. While not a lot of details about the meeting were given in the statement, the Trump camp did say that Manson was the "kind of person who would fit in on Team Trump" in the statement, and it was implied that his presence was requested by one man in particular.

"Steve Bannon had requested the chance to meet Mr. Manson," the statement read, "because he shares an affinity for German symbols of the 1930s and 1940's with Charles and he wanted to pick his brain about how Mr. Manson would handle certain issues facing America today."

Later, reporters in the press pool caught Trump as he was leaving Trump Tower and managed to ask him a couple questions about Charles Manson's invitation for a visit.

"I want to be inclusive, okay? Very inclusive," Trump told the media, "because we've had eight years of a guy who, unless you did that whole uber-PC thing where you can't even say the N word half jokingly, or call fags faggots anymore, you weren't let in. So exclusionary, right? So divisive. It's like he was saying, 'If you don't accept that society has moved on and certain things aren't cool by and large anymore, then you're not welcome here.' Well, I'm welcoming to everyone, even if -- no, especially if -- those people may or may not have wanted to start a race war."

Speaking in front of a local bookstore in his town, David Duke -- the former KKK Grand Wizard and congressman from Louisiana -- told the crowd and a handful of reporters there that inviting Manson to speak with him was a "stroke of Trump geniuus, no doubt about it." Duke said it gave him hope that he too would get an audience with Mr. Trump at some point in the next four years to "discuss what to do about all the uppity blacks, semi-blacks, and black lovers."

"No," Trump told reporters when asked if Manson would be offered a job in his administration, "I don't think that would be right of us to give Chuck a job. We have a lot of other white supremacists' applications ahead of his, and I'd hate to be accused of playing favorites with my racist friends, know what I mean? Steve just wants to hire him as his own personal adviser."

As he was being wheeled away on a hospital gurney, reporters managed to get a couple questions off to Manson, who answered as best as he could from the bed.

"Well, skibbity boo ba shabba wabba," Manson said, "the crow flies while it dies, man. Know what I mean? And shim-sham-shabee, look at me. I've just talked to the big orange man, and he's got a plan, man, to Make America Great Again. It's nice meeting someone else who likes to talk in nonsensical, self-penned catchphrases."