Following the news that Lynette "Squeaky" Fromme, a follower of Charles Manson follower who tried to assassinate President Ford in 1975, will be released from prison on parole August 16th, LIFE.com has published photos of Charles Manson, his followers, his victims, and the jurors who tried him.

The gallery includes pictures of two of the three ranches Manson's "family" inhabited in the late 60s. For more photos, go to LIFE.com. Captions from LIFE.com. 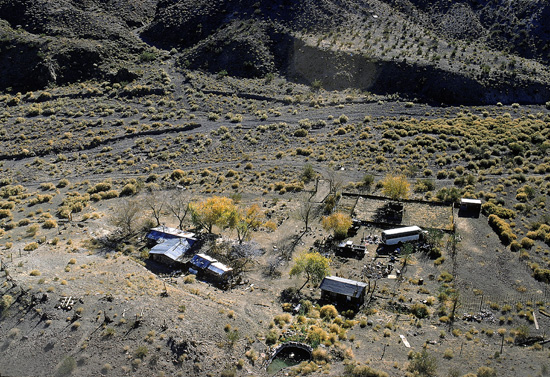 Barker Ranch, in California's Death Valley, was one of three ranches where Manson and his "family" of followers stayed. He convinced the elderly woman who owned the ranch that he and his friends were musicians, and offered to fix the place up. He also gave her one of the Beach Boys' gold records -- a present to Manson from one-time friend and Beach Boy Dennis Wilson. 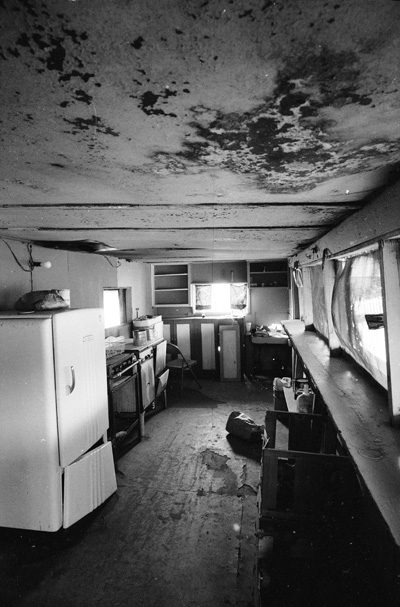 The Spahn Movie Ranch served as the Manson Family's main home from mid-1968 until their arrests in October 1969. The 80-year-old owner, George Spahn, let Manson and his followers stay there in return for sexual favors from the women. (Fromme earned her nickname from the sound she made when the octogenarian owner of the Spahn Ranch pinched her thigh.) Fires in 2005 destroyed the long-abandoned property. 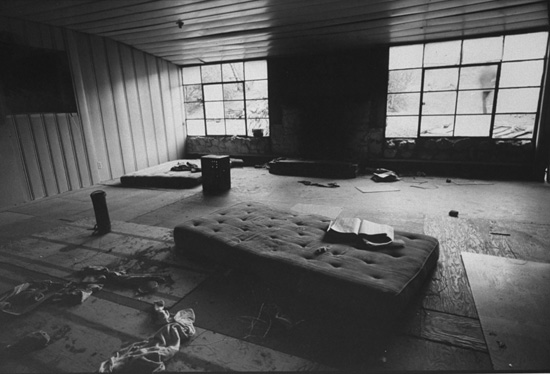 While staying at Spahn Ranch, Manson heard the Beatles' White Album for the first time, and grew convinced that the song "Helter Skelter" was a secret prophecy of a coming race war. He told his followers that America's blacks would kill all the whites in a cataclysm of violence, after which Manson and his Family would emerge from hiding and rule over what remained of the nation.