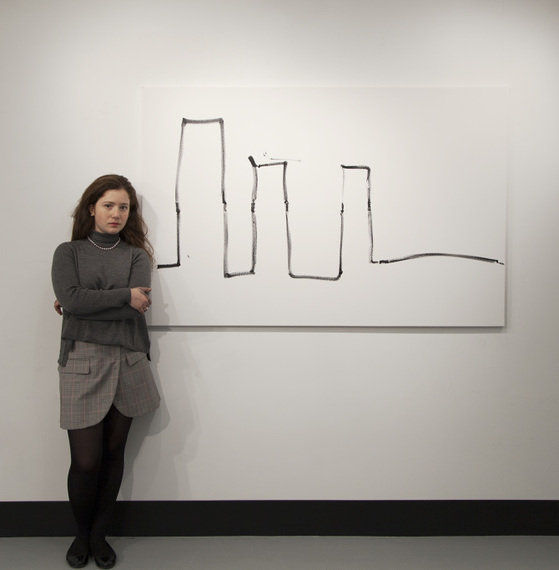 Sarah Meyohas, an artist we interviewed back in January, has had her New York Stock Exchange account closed by Charles Schwab. She has exhibited her paintings which reflect her stock market trades and their effects on the market at Gallery 303. In an article by Fortune, it is said that her ambitions with this project is to "alter prices of 12 different NYSE-traded stocks," proving her exhibition a relative success. With a market cap of $40 million or less, the effects of Meyohas' stock buys are strong enough to be evident enough to catch the attention of Charles Schwab.

The Observer notes: "...Charles Schwab, a financial institution regulated by a bevy of agencies," would have to shut down an account that made a, "public spectacle of how easy it is to manipulate the market." Additionally, manipulating the stock market for any reason is against the law.

Schwab's action to terminate Meyohas account has created dispute, exemplified in an article by Fortune, in which journalist Felix Salmon is quoted in regards to Meyohas:

That's pretty ludicrous, on its face - after all, there was a clear artistic purpose in trading the stock, and Meyohas knew full well, going into the project, that her brokerage account was going to end up losing money. Besides, it's not exactly news that small-cap stocks move when you trade them. But as is generally the case when dealing with a huge, faceless financial institution, there's little point trying to argue the merits of any given dispute.