The City of Charleston tweeted an image of this flier from the Charleston Police Department at 3:02 a.m. Thursday: 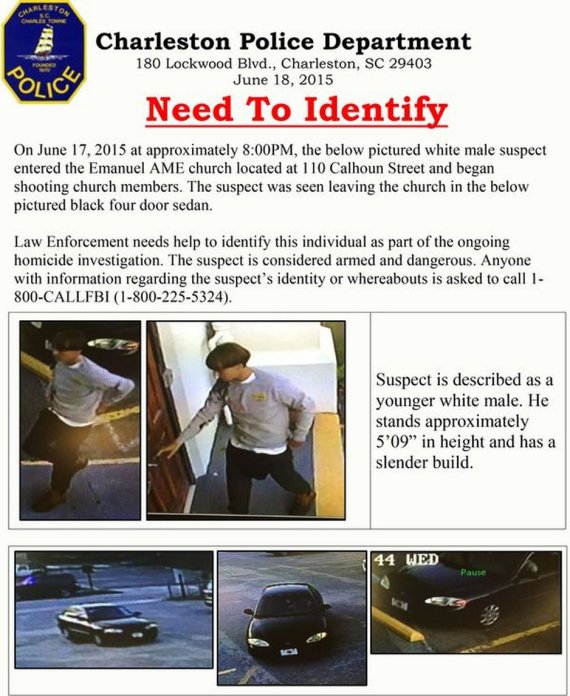 Police tweeted out clearer images of the suspect a few hours later:

The suspect, who police say prayed with the victims prior to the shooting, has not been caught. He is described as a white male in his early 20s, 5 foot 9 inches tall, with a slender build and sandy blond hair.