QUINCY, Mass. (AP) — Massachusetts Gov. Charlie Baker got a sharp new short haircut on Tuesday that helped raise money for charity and met the approval of his wife.

The first-term Republican governor had most of his graying blond locks shorn off as part of the Saving by Shaving fundraising drive that benefits the Dana-Farber Cancer Institute in Boston. 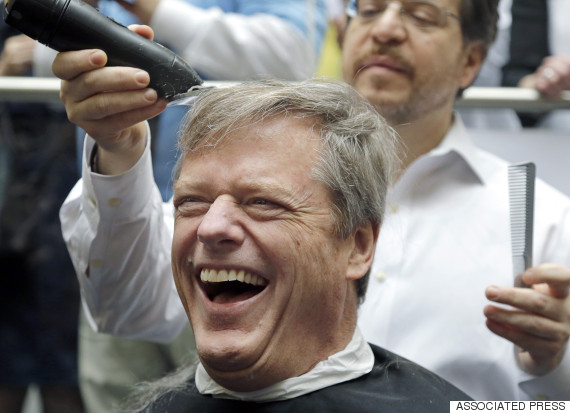 Baker smiled and grimaced as a barber worked on his hair with the clippers, then posed for a selfie with his wife, Lauren. 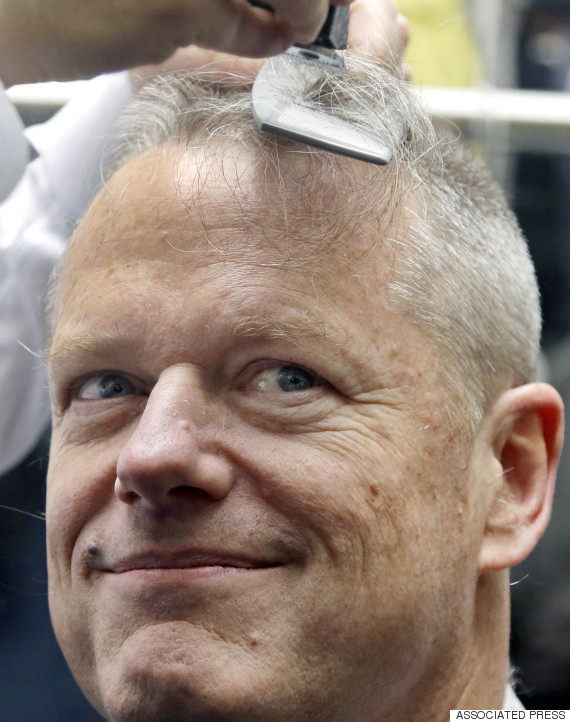 The event was spearheaded by Granite Telecommunications in Quincy. Baker was joined by Quincy Mayor Thomas Koch and about 500 company employees also who had their hair shorn.

The event is expected to raise $3.25 million for cancer research.

Baker tweeted that he was "glad to join" the other participants "getting buzzed to benefit Dana-Farber." 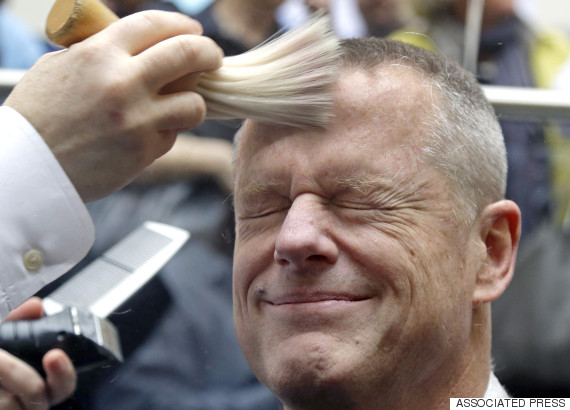 "I've always been a fan of Dana Farber and I saw this as a way to support them," Baker said earlier this month when he announced he'd be getting the haircut.

The drive began last year when the company, including CEO Rob Hale, donated more than $2.2 million to Dana-Farber after 428 Granite employees shaved their heads or beards. The hair was donated to Locks of Love.

Just two weeks earlier, Hale had dared an employee to shave his ZZ Top-style beard in exchange for a $10,000 donation to Dana-Farber. The employee accepted the dare. 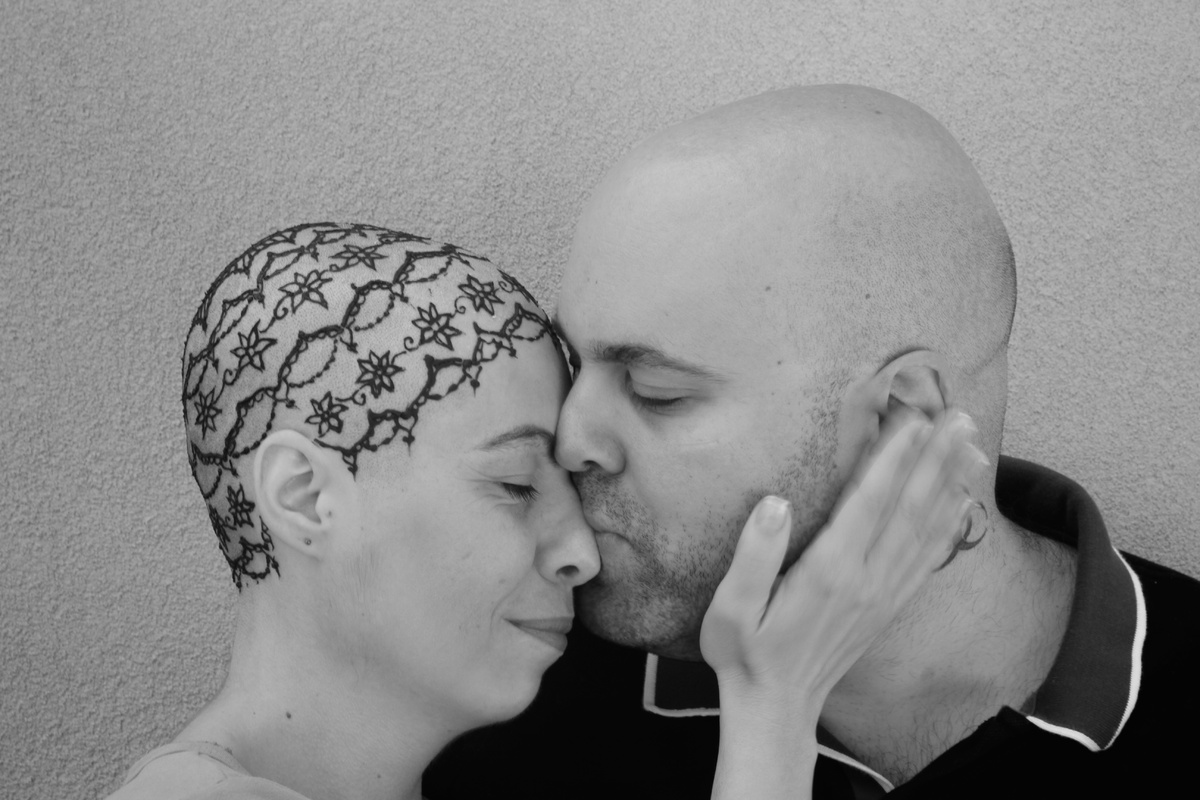