Many children spontaneously express themselves through music. As adolescents, some may end up singing in a choir, tapping out rhythms with their hands, or learning how to play a musical instrument. If they are lucky, they may even be encouraged by their parents and/or teachers to pursue their musical interests as a hobby or career goal.

Anyone attending a concert given by students at the San Francisco Conservatory of Music becomes acutely aware of the years of study and practice that went into developing each young artist's talent to the point where it could be aimed toward a future in music. However, early signs of a person's musical aptitude can easily be overshadowed by later and larger achievements in life.

Although Clint Eastwood has achieved international fame as an actor and film director, he is less well known for his talent as a composer. And yet, in addition to crafting the musical scores for films like Mystic River (2003), Million Dollar Baby (2004), Flags of Our Fathers (2006), Grace Is Gone (2007), Changeling (2008), Hereafter (2010), and J. Edgar (2011), in September of 2007 Eastwood received an honorary Doctor of Music degree from the Berklee College of Music.

While Charlie Chaplin is adored as a Hollywood screen legend, few people know that he composed the soundtracks for most of his films (in 1973, following the re-release of 1952's Limelight, Chaplin won his only Academy Award for Best Original Score). Although he could not read music, in his youth Chaplin taught himself how to play piano, violin, and cello by ear. Once he became a millionaire, Chaplin had a pipe organ installed in his home in Beverly Hills. 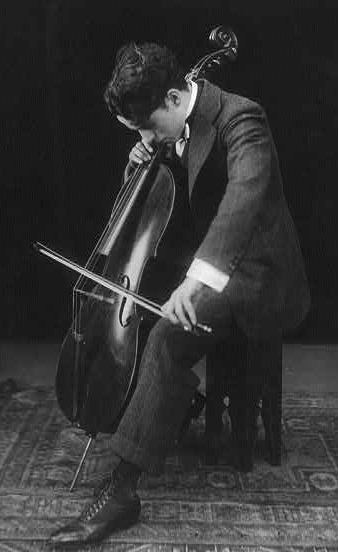 Chaplin was one of the early pioneers in crafting an integrated artistic vision that united directing, acting, writing, and composing. In his autobiography, he wrote that "Nothing is more exciting than to hear the tunes one has composed played for the first time by a 50-piece orchestra."

An aspiring musician who once dreamed of becoming a concert artist, Chaplin subsequently became friends with such 20th-century musical titans as Vladimir Horowitz, Sergei Rachmaninoff, Arnold Schoenberg, and Igor Stravinsky. Conductor and composer Carl Davis (famous for his score for the complete restoration of Abel Gance's 1927 silent film, Napoléon) noted that Chaplin:

"... made an astonishing decision to keep 1931's City Lights a 'silent' film (that is, without dialogue). But he took advantage of the new technology to write and record a score and sound effects too. That is when the idea of Chaplin as composer evolved. Composers had a very strange idea of how they might work with Chaplin. Schoenberg, for instance, thought he could write a score first and have Chaplin write the scenes around it. But it is natural that these great artists should have been attracted to Charlie. He was one of them. His scores, within the boundaries that he set himself, are perfect. I would not change a note of them."

The San Francisco Silent Film Festival recently held a day-long Charlie Chaplin Centennial celebration. Rather than mark Chaplin's date of birth (April 16, 1889), the event was timed to the centennial of Chaplin's first public appearance as The Little Tramp -- as seen in the following short film from 1914 entitled Kid Auto Races at Venice, California.

The festivities opened with a triple bill of shorts accompanied by Jon Mirsalis on piano. While The Vagabond (1916) and Easy Street (1917) drew a steady stream of laughter from the audience, my favorite was 1916's The Cure, in which Chaplin portrays an alcoholic at a health spa. In the scenes where he is clad in a one-piece bathing suit, one can't help but notice what a small frame Chaplin had. What this film does, however, is show his remarkable ability to continually mine humor from a single source (in this case a revolving door).

Later that afternoon, the audience in the Castro Theatre was treated to a screening of 1921's The Kid (Chaplin's first full-length feature). This was the film that transformed Jackie Coogan (who had already been performing in vaudeville) into Hollywood's first child actor.

When The Kid was reissued in 1971, Chaplin made some edits and wrote a new musical score for the film (which can be heard in the following video). One reason there are so few screenings of Chaplin films with live accompaniment is because the Chaplin family insists they be performed with the full orchestration of Chaplin's score.

With Timothy Brock conducting, the San Francisco Chamber Orchestra introduced a reduced version of the score. The sentimentality of Chaplin's music provided a strong emotional foundation for the film. Chaplin's genius at balancing pratfalls with pathos and slapstick with sensitivity is what made his art so unique.

It's almost impossible not to think of 1992's A League of Their Own while watching Judy Chaikin's brilliant and riveting new documentary, The Girls in the Band. Although one is fiction and the other fact, both films describe how talented and fiercely determined women made a name for themselves in what had traditionally been perceived as "a man's world." 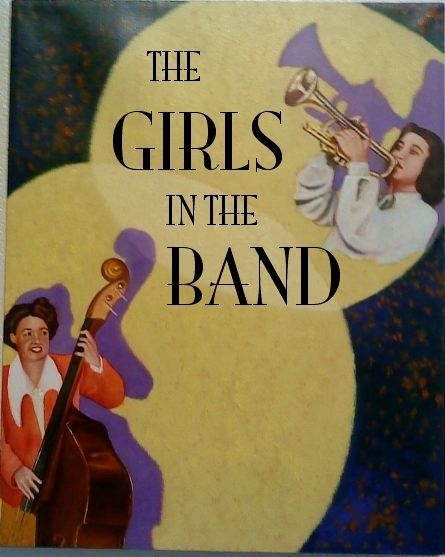 Poster art by Bill Maul for The Girls in the Band

In each film, the lack of men available during wartime to perform the duties for which they had become reasonably famous opened a door for women to fill their shoes. The genesis of Chaikin's film can be found in a surprising set of coincidences. As she explains:

"It started with a phone call from a friend telling me that she'd met a woman who had been a big-band musician in the 1940s. As a kid, I spent my summers in Ocean Park where two great ballrooms were the star attraction. As you walked the magical pier at night you could hear the music drifting from those glamorous dance halls: Benny Goodman, Tommy Dorsey, and especially the golden sound of Harry James' trumpet. That started my great love for big band music and by the time I was in my twenties I had seen or heard probably every major band that ever played the West Coast. Never once did I see a woman play an instrument in any of those big bands.

As a documentary filmmaker, my curiosity was piqued. Out of that came a desire to find out if there was anything worth exploring. Much to my surprise, a lot of interesting information began to surface. Yes, there were many women musicians who had devoted their lives to jazz and swing band music. Not only in the past, but all the way through the 20th century and up to the present day. The question then became: How good were they? Were they worth making a documentary about? Were there really any women instrumentalists who could hold their own with men? Were there any who could play in a section...who could really swing...who could improvise jazz solos? And were there any women who, if not for their gender, would have been considered giants in the big band/ jazz world?" 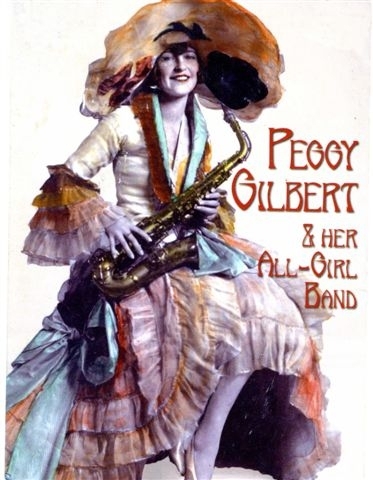 Chaikin's research introduced her to the work of female ensembles like Ina Ray Hutton and her Melodears, The International Sweethearts of Rhythm, the Ada Leonard Orchestra, The Parisian Red Heads (later renamed The Bricktops), the Moodswings, and Sherrie Maricle and the Diva Jazz Orchestra. Interviews and archival footage of jazz greats ranging from Mary Lou Williams, Clora Bryant, Marian McPartland, and Melba Liston to Toshiko Akiyoshi, Esperanza Spalding, Terri Lynne Carrington, and Hiromi Uehara document the growing ranks and impact of female jazz musicians whose talent was every bit as impressive as the men who played with Woody Herman, Tommy Dorsey, Benny Goodman, Glenn Miller, and other famous bandleaders. 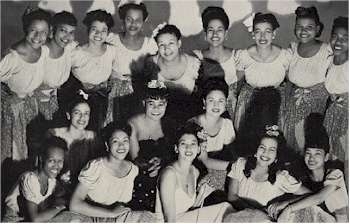 The International Sweethearts of Rhythm

A major part of Chaikin's documentary is focused on the racial discrimination encountered by girl bands and the challenges they faced when touring the bitterly segregated American South. One of the great joys of her film is the chance to hear confident and supremely talented artists like Melba Liston working their musical magic.

Chaikin secured generous funding from Hugh Hefner and Herb Alpert (among others), which allowed her to document the courage and artistry of the women who (despite being asked to wear ridiculous costumes and cope with one insult after another) paved their way to success with their talent and their musical instruments.

Testimonials from colleagues such as Herbie Hancock balance the thrill of listening to veteran musicians like Billie Rogers recall the trials and tribulations of years gone by. In addition to explaining how the Mary Lou Williams: Women in Jazz Festival began -- or seeing great female jazz artists (past and present) pose for a "class picture" in Harlem, the film's musical score is an absolute knockout. Here's the trailer: