Florida's bachelor Governor Charlie Crist is getting married, and to a woman, too. That's how badly he wants to be vice president. I hope John McCain is happy now.

I hope Crist isn't making a mistake by trying too hard. Men don't want anything they can get too easy. On the other hand, men lose interest quickly.

Of course, the human heart is curved like a road through the mountains, so what do I know? Maybe it's love. And maybe it's just a joyous coincidence that Crist has found it at exactly the same time that McCain is looking for a running mate.

It's like that federal ban on off shore drilling. When Crist ran for governor in 2006, he supported it. Now John McCain wants it repealed and (weird!) two weeks ago, Crist realized that he did too.

Florida is a swing state -- Haha! Get it? -- and Crist has a popularity rating of something like 70%. He also gets a lot of the credit for delivering the state to McCain in the primaries. There's only one nagging thing keeping him from being the obvious choice for the vice presidency: He comes off kinda gay.

But then, suddenly last Thursday, after thirty years of the single life, Crist discovered that he couldn't live without a woman named Carole Rome, a divorced mother of two. It sounds improbable to me, but then so did the Sex and the City movie. If those nice monsters can find love, why not?

Maybe it's not all politics of the most ghastly, obvious, self-hating, the fix-is-in, trick-the-rubes kind. Maybe I'm too cynical. Maybe love is real and coincidence is an illusion. Luck -- who said that? -- is believing that you're lucky.

Maybe what we're smelling is the powerful odor of synchronicity. 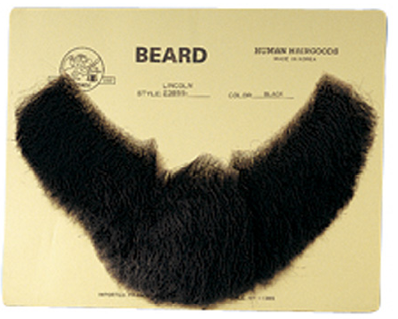