Before an audience filled with leaders of Florida's business and political communities, Gov. Charlie Crist married businesswoman Carole Rome Friday in a traditional 20 minute ceremony in St. Petersburg that started promptly at 7 p.m. as chimes tolled the hour.

Trumpet Voluntary by Henry Purcell was played as the bride was escorted down the aisle by her daughters Skylar, 10 and Jessica, 12. Crist smiled broadly as he stood beside his father, Dr. Charles Crist of St Petersburg, who served as best man.

When the Rev. David Miller, pastor of the church, asked who was there to give the bride away, the bride's two daughters by a previous marriage quickly answered, "I do'' and "I do..."

...When Gov. Charlie Crist kissed the bride, it was tender and brief, apparently too brief to suit his bride, who gently put her hands on his face and kissed him again.

See photos from the wedding below (from AP). 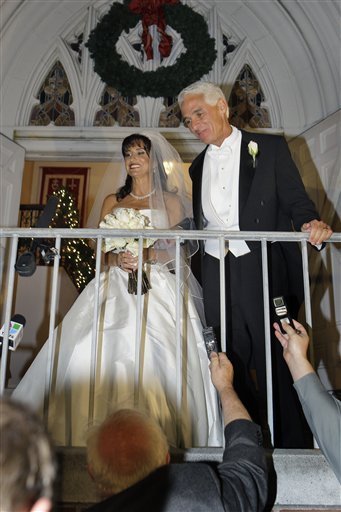 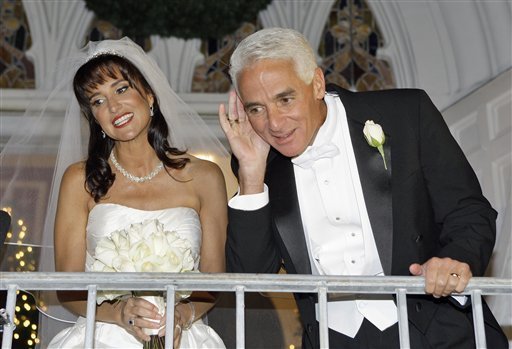 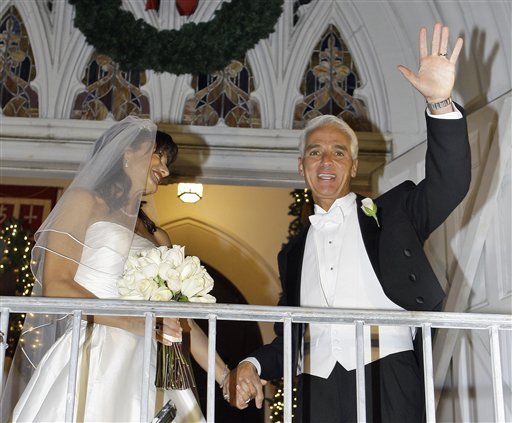