The deadly shootings at the offices of French satirical newspaper Charlie Hebdo have reignited discussions among Muslims in the United States and elsewhere about violence purportedly done in the name of their faith, and about what their religion teaches about responding to mockery and criticism.

While no group took responsibility for the attack that left 12 dead, videos show a gunman screaming in Arabic, “Allahu akbar” (“God is great”) outside the publication’s building, and witnesses told police the gunmen said they had “avenged the prophet.” One surviving Charlie Hebdo staffer said gunmen told her they represented al Qaeda. Police have identified three suspects.

Several European and American Islamic organizations, as well as sheikhs and mosque leaders around the globe, have denounced the attacks, saying they don’t represent Muslim values. Many cited a popular story about the life of the Islamic prophet that features him getting ridiculed for his faith and not responding with violence.

But in statements and interviews, Muslim leaders have disagreed on how to proceed, with responses ranging from supporting prayer and education about Islam to calling for debate among Muslims over Islamic mores on blasphemy. On social media, a hashtag, #NotInMyName, that began as way for Muslims stand up against the ideology of the Islamic State group, was repurposed to condemn the Paris attack.

“Even if something is offensive to our religion, it can never be a justification to use violence or to hurt others,” said Azhar Azeez, president of the Islamic Society of North America, one of the many organizations that has forcefully condemned the attack. “But freedom of speech doesn’t mean I have to offend someone else’s faith or tradition. There are boundaries and limitations. There is a fine line between freedom of speech and bigotry.

“We can write articles in the newspaper, we can do educational seminars, we can even do a peaceful protest,” said Azeez, listing how his organization is considering responding to the violence being linked in reports to to Islamic extremism. “Still, it is very troubling that anytime such an incident happens, we are compelled to come out and issue statements as American Muslims.”

Charlie Hebdo, a weekly left-leaning Parisian newspaper known for lampooning Islam, Judaism and Christianity, has been targeted for its satire before. In 2011, its offices were bombed and its website was hacked after a special issue renamed the magazine “Charia Hedbo” and listed the prophet Muhammad as its editor-in-chief. The cover of that issue was a cartoon of the prophet saying, “100 lashes of the whip if you don't die laughing.” This week’s issue has caricature on the cover of author Michel Houellebecq, whose new book, Submission, tells a tale of a future Muslim-run France under Islamic law.

Images of the Islamic prophet are not banned by the Quran. But the hadith -- a record of orally-transmitted sayings and actions of the prophet and his companions that many Muslims follow -- frowns upon the practice. Many Islamic scholars have historically viewed depictions of the prophet as potentially leading to idol worship and reverence of him as a god instead of a man.

Concern about violent responses to satire of Islam and depictions of the prophet has made headlines globally in recent years, most infamously after protests in dozens of cities after Danish newspaper Jyllands-Posten published cartoons in 2005 poking fun at the Islamic prophet. Years later, the “The Innocence of Muslims,” a YouTube video, ignited protests and was blamed for helping spur the attack on the American mission in Benghazi, Libya.

Maajid Nawaz, the London-based founder of Quilliam, a counter-terrorism organization made up of former members of Islamist organizations, called on Muslims to reconsider Islamic views on insulting its beliefs and prophet. “Yes this is about victims. It’s also about how how our communities reform and abolish blasphemy codes,” he tweeted. Nawaz, a former member of the Islamist group Hizb ut-Tahrir, also encouraged for Muslims to speak out that satirical cartoons don’t faze them.

“Loving the prophet is a necessary requirement of (faith). Defending his honor is a sign of belief. This is done by following his teachings and practice, not by murdering in his name,” Qadhi wrote in a widely shared Facebook post. “Even for those who believe that the penalty for blasphemy should be death: by unanimous consensus of all the scholars of Islam, this must take place after a legitimate trial, by a qualified judge, appointed by a legitimate Islamic state. Under no circumstances does Islam allow vigilante justice.”

“The damage these people do to the image of the prophet is much more than cartoonists do to our prophet,” Qadhi, who is also dean of academic affairs at Houston-based AlMaghrib Institute, said in an interview, adding that he believed “Muslims in the modern world need to talk and engage about blasphemy in Muslim countries. But no reputable cleric is calling for laws like that in America or Paris.”

The largest American-Muslim organizations -- the Council on American-Islamic Relations and the Islamic Circle of North America -- condemned the attacks Wednesday, and suggested further action from American Muslims was premature.

After an uproar in many Muslim-majority countries over the controversial Danish cartoons in late 2005, CAIR launched “Explore the Life of Muhammad,” a campaign in the U.S. and Canada to mail free educational DVDs and books about Islam to thousands of Americans. The civil rights organization also recruited mosques to hold open houses to teach about Islam. CAIR communications director Ibrahim Hooper said in an interview that it was “too soon” to say if it planned a similar outreach after the slaughter in Paris.

“We may plan an outreach campaign on the life of the prophet, what is love of the prophet, how Muslims feel about him," said Naeem Baig, ICNA president. “My personal thought is that whatever I can do peacefully, I should. If I am upset at cartoons, I must say I am upset, if I don’t like an article about our prophet, I will say so. But this concept of blasphemy -- sometimes I think we humans fall into this false concept of revenge. That shows a weakness of faith. Our faith teaches us that the ultimate justice is God almighty.” 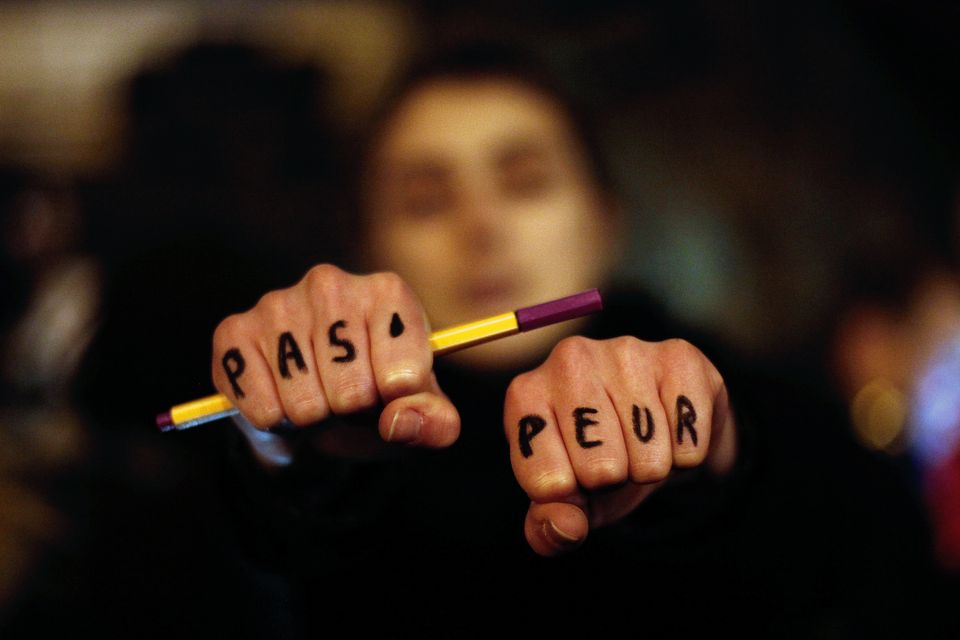