Paris has a way of drawing one's gaze to the past.

As we marched southeast yesterday from Place de la République, crowds singing and banners flying, we asserted proud and ancient sentiments against a tragedy that had blown us all back.

On most days, these words and symbols -- liberté, solidarité, la Bastille -- are a backdrop to busy Parisian lives, the familiar ticking of a quaint old clock. Yesterday again, they were battle cries. 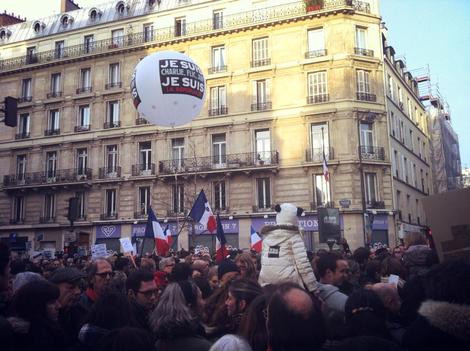 The terrain of this battle has shifted through centuries but its terms are the same: civilization against barbarity, an open society against oppression, intolerance, and murder. And lest we confuse civilized values with civilized countries (no such country exists), or dangerous ideas with dangerous religions (no such religion exists), it is worth us examining these ancient sentiments more closely, so as to own them more completely.

His writings were so provocative that he dared not sign his name. Even the one we know him by -- Voltaire -- was an author's sleight-of-hand, a protective device for a radical mind in reactionary circles. For the Age of Enlightenment was not, for the most part, an enlightened age: in 18th-century France, books were burned, brutal doctrines enforced, and absolute monarchs held sway. 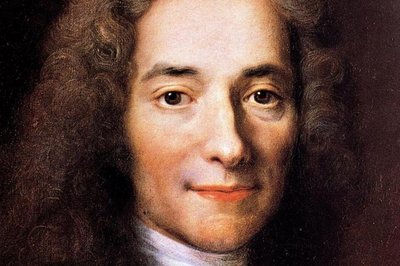 But François-Marie Arouet had ideas worthy to name an age. Author of seven major histories, 60 plays, and 20,000 letters; friend to Benjamin Franklin, Isaac Newton, Casanova and Frederick the Great; courtier, iconoclast, exile and prisoner of the Bastille, Voltaire's superabundant career could be distilled in a single phrase: tolerate others, and think for yourself.

As my friend Bruno and I walked in company with "Je Suis Charlie" banners and balloons, as ripples of solemn silence and defiant chants moved through that human sea, I thought of the man whose pen name graced the boulevard where "Charb" and "Cabu" now graced our banners.

In 1764, in his anonymously published Dictionnaire philosophique portatif, Voltaire applied his wit to the hysterical orthodoxies of his time (translation my own):

In general, it is naturally right to use one's pen just as one's tongue, that is, at one's own peril, risk, and fortune. But while I know many books that have bothered, I don't know a single one that has caused any real harm.

And so some new book appears among you whose ideas slightly shock your own (supposing you had any ideas), or whose author is of some opposing party, or -- even worse -- has no party at all: then you cry aloud, it's a crime, a scandal, a deafening racket in your little corner of the earth ... But why? For five or six pages that won't matter in three months. If a book displeases you, refute it; if it bothers you, don't read it.

We, in the millions, have denounced last week's fanatical murders, and rightly so. What is much harder -- what I struggle with even as I type these lines -- is how to countenance those voices who, like Charb and Cabu, mock religion and provoke its fanatics in a way you or I might judge neither witty nor wise.

I can't say that Charlie Hebdo's cartoons were entirely to my taste, nor would they perhaps have been to Voltaire's. But the old homme de lettres would have challenged us that in a truly free society, we must police our own judgments as fiercely as we police our borders. That without the liberty to be tasteless and puerile, there is no liberty to be innovative and sublime. That religions -- all religions -- are a free society's natural enemies until they reconcile themselves to tolerance, skepticism, and humor.

That enlightenment, finally, is not an age, or a country, but an ancient and humane idea in constant battle with the darkness outside and inside us. Whether or not we loved their cartoons, we marched because the society that gives space for Charlie Hebdo is one that we want to live in, and that they died for.

And so, as dusk descended on the marchers, Bruno and I found our way on numbed feet to the improvised memorial on Rue Nicolas-Appert. There in the gathering darkness, by a hill of flowers and cartoonists' pencils, we found the old lumière. 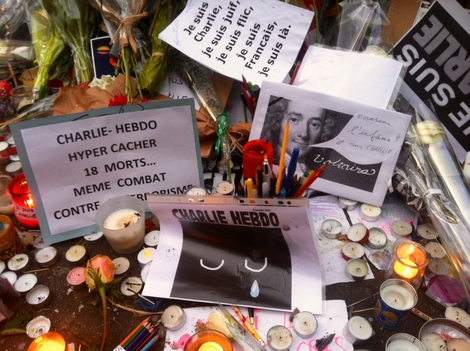 Tolerate others, and think for yourself.