What do Anthony Weiner and Charlie Sheen have in common? They could both use a Twitter tutorial on the difference between an "Update" and a "Direct Message."

In attempt to direct message Justin Bieber with his phone number (why?), Sheen accidentally tweeted his digits for all of his 5.5 million followers, who happend to be perusing the social networking site, to see. Realizing his mistake, Sheen promptly removed the tweet from his profile -- but not before receiving roughly 1,800 text messages, according to the UK's Daily Mail.

Although the mishap will most likely force Sheen to change the number on his Tiger Blood calling card, that doesn't mean the actor, who was dining in Las Vegas when he suddenly became the most popular guy in Hollywood, didn't have a little fun with his dial-happy fans.

"Charlie saw the funny side and answered the phone a few times, saying things like 'Ray's Pizza' and 'Winning,'" a source told the Daily Mail.

Charlie Sheen the pizza guy? That could be a profession worth pursuing.

Click over to the Daily Mail for more details.

Check out these photos of Charlie Sheen: 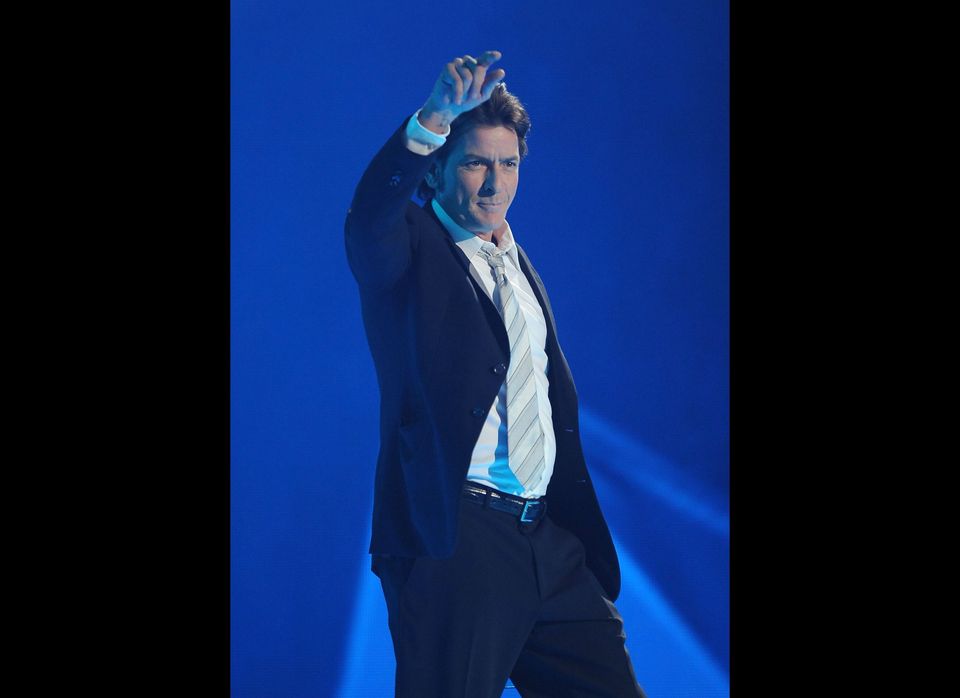