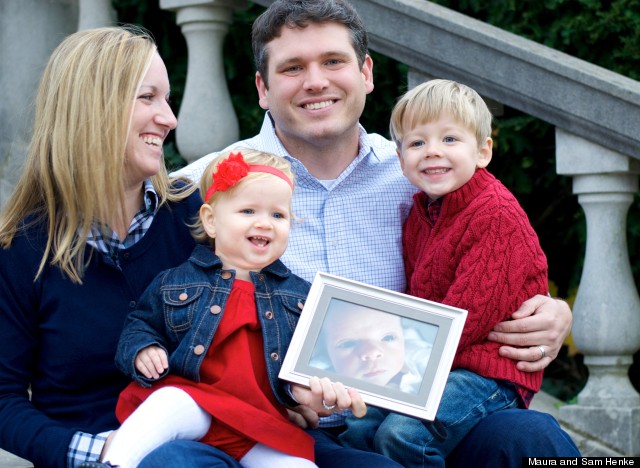 In the weeks after the birth of their son Charlie, Maura and Sam Hanke were the picture of exhausted, blissed-out new parents. Maura's pregnancy had been smooth and full of excitement. Her labor and delivery were straightforward, "nothing out of the ordinary," she said. Charlie, the couple's first child, came into the world on April 6, 2010, a healthy 7 pounds, 11 ounces and 21 inches long.

"That was the best day of my life, meeting him," Maura, 34, told The Huffington Post. "It was awesome."

As far as newborns go, Charlie was easy. He cried, but not excessively, and liked being held by his parents, quieting down whenever they read or sang to him in their home near the Kentucky-Ohio border.

But one night three weeks in, Charlie was fussier than normal, refusing to fall asleep in his crib. The inevitable sleep deprivation had begun to wear on Maura, and Sam offered to take their son so his wife could get some rest.

"Maura was more exhausted than normal, so I said, 'I'll stay up and hold him,'" Sam said. In the early morning hours, he held Charlie against his torso, and the child eventually settled down.

"I fell asleep on the couch while I was watching TV with him," said Sam, 33. "Maura woke up, because she was getting itchy to feed. She came in, and woke me up ... and he was gone."

Charlie had died on his father's chest.

Charlie died early in the morning on Wednesday, April 28, 2010. An investigation concluded that his death was a result of Sudden Infant Death Syndrome, which can be triggered by an unsafe sleep environment -- in Charlie's case, the syndrome was likely brought on by sleeping on his father's chest.

On Friday, the family held a wake for Charlie and on Saturday, a funeral mass, which neither parent remembers much. In those horrific early days, Sam's best friend, Matt -- who was Charlie's godfather -- started talking in broad terms about wanting to do something in the infant's memory.

"He was the one who got the wheels spinning on starting a foundation," Maura said of Matt. "But at that point there was no plan for what that was going to look like." She and Sam were focused on just getting through each day.

But as they approached what would have been Charlie's first birthday, the couple began contemplating the foundation idea more seriously, discussing it with Matt and other loved ones.

"That was the happiest day of my life, so I wanted to celebrate it," Maura said. "We did find a way to celebrate: We went to mass in his honor, had a birthday breakfast for him, visited the cemetery. And that same weekend, we got together with our closest family and friends and talked about what we wanted the foundation to be and look like."

In 2011, Charlie's Kids launched as a 501(c)3 organization with the mission of raising awareness about Sudden Infant Death Syndrome and the importance of a safe sleep environment. Though groups like the American Academy of Pediatrics have clear safe-sleep guidelines for babies -- which include placing a baby on its back on a firm sleep surface and keeping cribs clear of bumpers, blankets or other objects that can cause suffocation -- Sam and Maura were surprised by how little they'd personally focused on sleep when preparing for the arrival of their new baby.

"Looking back at our own experiences with Charlie, we couldn't really remember what safe sleep education, if [any], we'd gotten," said Sam. "There were maybe a couple of things in a brochure about it ... but there's a huge gap, given the impact that safe sleep practices have and the education available. It's the leading cause of death between one month and one year of life."

The Centers for Disease Control and Prevention estimates there are 4,000 cases of sudden unexpected infant death in the United States each year. This category includes SIDS, which is defined as the death of a child 1 year old or younger that cannot be explained even after a formal investigation takes place.

"Although the causes of death in many of these children can’t be explained, most occur while the infant is sleeping in an unsafe sleeping environment," the CDC's website explains.

Charlie's Kids has released a children's board book, Sleep Baby Safe and Snug. The book, written by a pediatrician colleague of Sam's, teaches caregivers about safe sleep practices in line with the AAP's recommendations, and includes posters, stickers and magnets that spell out the general guidelines.

In the last year and a half, the foundation has distributed more than 500,000 copies of Sleep Baby Safe and Snug across the United States, Sam said. He added that the group is increasingly partnering with states, hospitals and various safe-sleep organizations to help distribute the materials to new parents and caregivers.

At the same time, Sam works long hours as a pediatric cardiologist. Maura, who was a kindergarten teacher when Charlie was born, stays at home with their two younger children -- Owen, now 3, and Annie, 18 months. Everyone who works with Charlie's Kids does so on a volunteer basis, which, for Sam and Maura, means putting in time at night and on the weekends.

"We joke that Charlie takes up more of our time than our other two kids do," said Sam, who admitted that the emotional experience of working on the foundation is not always easy. He said he often feels "very hypocritical" talking about safe-sleep practices, given what happened to Charlie. And sleep practices, the couple knows, can be an emotionally charged subject for parents.

"When people post that stuff in the comments section on the Internet saying, 'We did that all the time with my kids and they're fine, nothing happened,' we don't start arguing," Sam said. "We just say, 'I did it one time with mine, and something did.'"

Maura and Sam say the foundation has also given them a clear way to discuss their eldest child with Owen and Annie. "They know who their brother is, and they talk about Charlie," Maura said. "They're a part of this big foundation work, too. We bring them along when we launch our efforts."

But above all, Charlie's Kids has helped provide a tether to their beloved firstborn child, ensuring that they are not swept away by their grief.

"We only had three weeks with him ... but I do remember them very clearly," Maura said. "I remember being exhausted, but the joy that I felt just having him in my arms, and getting to know him, was unlike anything I had ever experienced before."

"I would've loved to have more time with him, obviously, but there was already an old wisdom in those eyes and that face," she recalled, breaking into quiet tears. "He just seemed to kind of know his world." 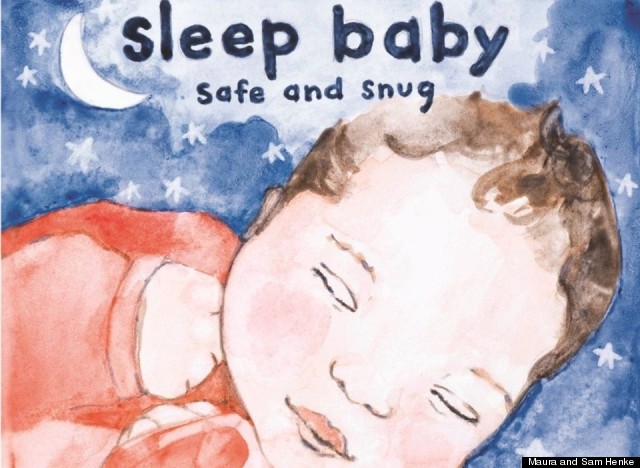 For more information on SIDs and safe sleep environments, visit:

Centers For Disease Control and Prevention

This post is part of HuffPost's Transforming Tragedy series (read more here, here, here and here). If you or someone you know has started a charity after the loss of a child, we'd love to hear your story. To submit a nomination, email thirdmetric@huffingtonpost.com.