Charlize Theron surprised everyone when she adopted her son Jackson in March, but the 36-year-old beauty reveals, it was all part of a plan she devised 28 years ago.

"My mother found [a letter I wrote. It said, 'Would you please take me to orphanage, so that I can go and adopt a baby?'" she told Australia's Madison magazine. "I always knew I would adopt. Always."

Being a mother might have always been in the cards but the "Snow White and the Huntsman" star, who split with actor Stuart Townsend after nine years in 2010, wasn't expecting to do it alone.

"You, know, I don't think any mother aims to be a single mom. I didn't wish for that, but it happened," she explained, adding that the idea of marriage has never been that important to her. "I don't know why exactly. Some might say it's because my parents didn't have a good marriage, But I don't think so. I treat my relationships like marriages. The ceremony isn't that important to me."

And for Theron, starting a family was more important than waiting to find the right partner. "I've always been very honest in saying I wanted a family. I've always known I wanted a family," she recently told Vogue, before joking, "I don't think my mom could wait any more!"

Adopting baby Jackson sounds like it was the right move for Theron, who recently told the U.K. paper The Sun that she's never felt more creative and energetic, even on the tiny amount of sleep she's getting. "I never knew I needed that little sleep. I always had eight hours and now it's, 'Wow, OK, you can function on just four.' But Jackson is great. I've always been very aware of balance and, even before I had a child, my life always takes priority to my work."

Though the actress has never taken herself too seriously, it seems as though motherhood has decreased her tolerance for Hollywood inanity.

"I like being around people who like to live life and understand the value of it," she told Madison. "I need to be around people who understand [actors are not] curing cancer here. I like professional actors who show up, do the job and are not a pain in the ass to either myself or the crew." 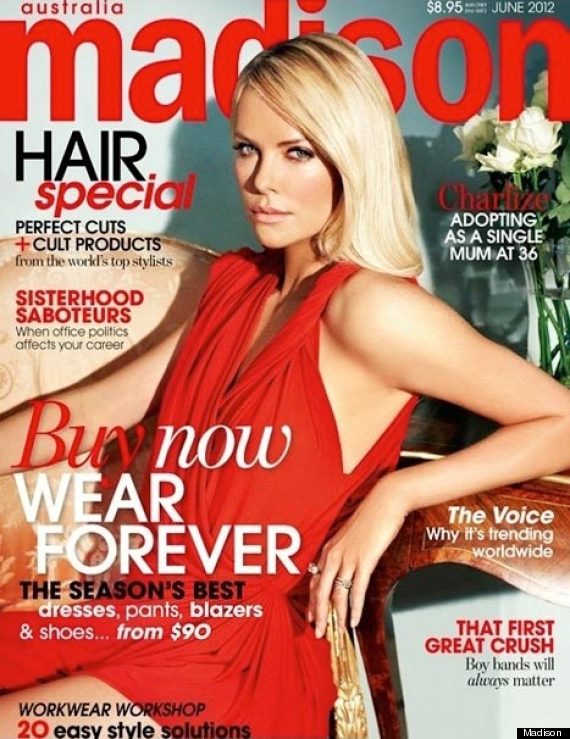